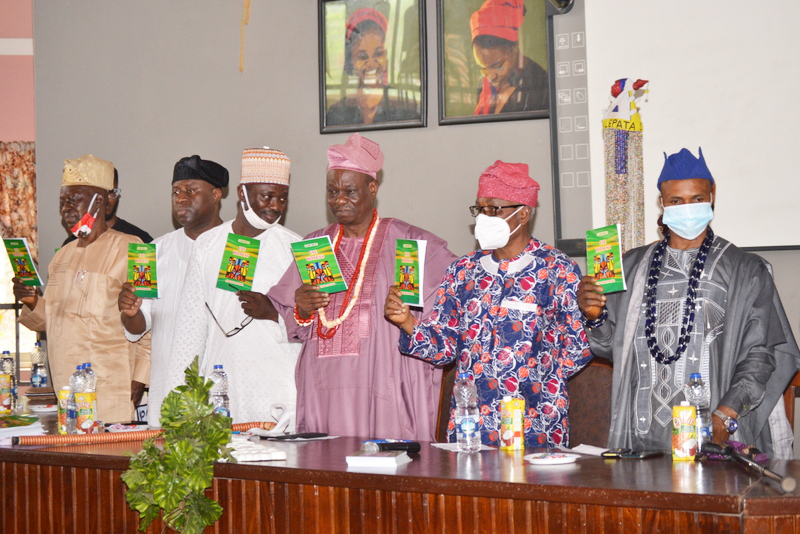 ————————–
…as Oyo TESCOM Director launches poetry collection
The administration of Governor ‘Seyi Makinde will continue to support civil/public servants in Oyo State to become the best professionally and to also attain their full potentials, Special Adviser to the Governor on Strategy and Political Matters, Hon. Babatunde Oduyoye has said.
He added that the Makinde government will, in its determination to ensure that the civil service in the state returns to the enviable heights of the past, do everything necessary to achieve that end.
Oduyoye stated these at the weekend, while speaking with newsmen on the sideline of the launching of “Eye Witness” a collection of poems on the worrisome situation of the civil service and other societal issues, written by the Director of Admin and Supplies at the Oyo State Post-Primary Teaching Service Commission (TESCOM), Alhaji Hammed Alade Bello.
The event, which was chaired by former General Manager of the Broadcasting Service of Oyo State who later rose to become Head of Service/Secretary to the Oyo State Government, Chief Bisi Adesola, was held at the Lady Bank Anthony Hall, Institute of African Studies, University of Ibadan.
In his opening remark, Chief Adesola decried the lack of reading culture in the country, saying Nigerians would need to become more serious-minded if they would be able to solve some of the problems facing the country.
He lauded Bello for his passion for literary works despite the busy nature of the civil service, noting that his courage to attack known ills in the civil service and to change society is commendable.
While speaking, the author, a graduate of the Obafemi Awolowo University, Ile-Ife, who had earlier written  two other books, said the Eye Witness was inspired by his resolve not to keep silent in the face of decadence in the civil service today, stating that if the society would become better, people must not remain silent when there is the need to speak up and seek appropriate solutions.
Royal fathers from Oke Ogun region, where Bello, an indigene of Igboho, hailed from graced the event in solidarity with their son.
The Alepata of Igboholand, Oba Joel Olawuwo, who was represented by the Okere of Igboholand, Chief Najeem Olawoore and the Alamodu of Ago-Amodu, Oba Johnson Olaoye, praised Bello for being a worthy ambassador of the region. 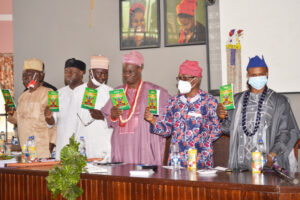 Alado of Ado-Awaye, Oba Ademola Folakanmi, was also represented, with other dignitaries at the launching including the TESCOM Chairman, Pastor Akinade Alamu; former Clerk of the House, Barr. Paul Bankole; Permanent Secretary of the Ministry of Education, Science and Technology, Mrs. Aminat Ateere.
Others were Professor Dele Olayiwola of the University of Ibadan and the Special Assistant (Print Media) to Governor Makinde, Moses Alao; former chairmen of Oorelope Local Government, Igboho, Hon. Samuel Okunlade and Hon. Yaqub Adesola (Tasoolo), among others.

There will be no more Nigeria if Governor Ortom is assassinated — Rivers Governor Wike
Previous Post
Buhari: Others Express Outrage over Suspected Herdsmen’s Attack on Ortom
Next Post
You May Also Like