BEN is a Black and Ethnic oriented, urban, diverse and cosmopolitan Family Channel, established to provide a wholesome mix of entertaining, educative and informational programmes suitable for family viewing. It includes genres of cultured programming to empower, transform and challenge the conventional perception of Africa, Caribbean and African-descendants in the Diaspora. “Bridging the Gap”. 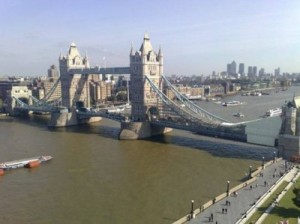 What sets BEN apart from other channels, is its positive general black-oriented, youthfully matured and diverse cultural-educational programming format along with its enlightening current affairs shows which serve to throw light on issues plaguing the African and Caribbean Continents.

The UK is estimated to have an ethnic population count of more than 3 million which represents about 8% of its total population. This in addition to the Ethnic population in Europe, America and North Africa gives BEN Television a strong global consumer presence.

The primary target audience is and rational to about 15% of the daily growing audience of more than 13 million homes in Britain who use Satellite and Digital reception whilst accessible to millions across the world – www.bentelevision.com 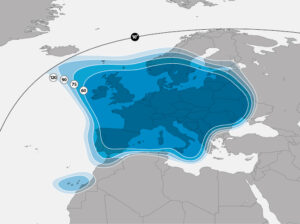 BEN is free to air, with a core cultured influence that provides a window into Africa and a link to “home” for Africans and the blacks in Diaspora. BEN showcases diverse content and reaches out to an audience profile that is intelligent and affluent with increasing economic net worth and political leadership processing.

We promote understanding and diversity of tolerance between communities, train and empower the communities and therefore develop an employment opportunity; which is demonstrated through many of our training, internship and volunteer schemes for people in media, entrepreneurship or other businesses.

Available research in the UK amongst BEN’s target audience has focused our general entertainment offering on the following genres: News and Current Affairs, Comedy, Films, Soaps, Sports and Music videos. BEN has distilled the programming to the right mix that appeals to a broad spectrum of its target audience.

BEN prides itself as a channel presenting African policy positions and views with its coverage of major African initiatives such as live broadcast of The New Partnership for Africa’s Development (NEPAD) an initiative of the African Union (AU); Africa Business Roundtable events; ECOWAS and SADC as well as other major African political and private sectors’ initiatives and projects such as The AGOA Conferences, World African Business Congress, Presidential Elections, and many more.

Whilst in the UK and European territory, BEN have partnered major organizations such as the City of London’s Mayor projects, working and produced for UNESCO (slave trade); UNIDO, UNICEF, EU stories, LBDA, The Queen’s Forces Ethnic documentaries, Music Awards and Concerts, Products launching and promotion from financial institutions, just to mention a few as well as creating and delivering economically and fair priced corporate content for usage on DVD, MiniDV Tape and HD for organizations also providing low budget production for Voluntary and Charitable organizations. 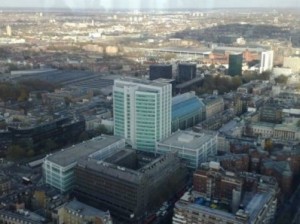 We are fully focused to producing high quality content and programmes attracting international broadcaster’s interest to secure, source and rebroadcast them on their channels across the World. Our live studio in central London uses top International Digital state of the art equipments whilst our North London studio offers online real-time broadcasting. We use Newtek Video Toasters, Avid, Adobe Final Cut and Premier Digital applications. Sony Cameras and Canon are part of the equipment we use for outside broadcast in real time.

BEN Television welcomes contents, raw-cuts/footages, initiative and materials from other television producers to be fine-tuned by our Editors. Providers are given credits as associate producers.