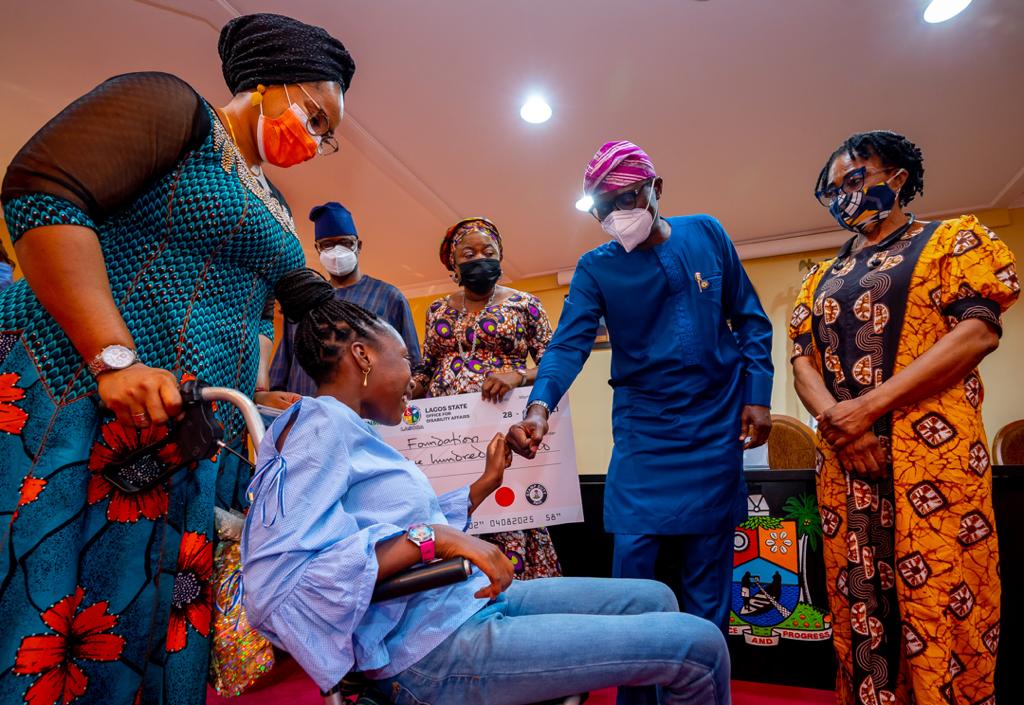 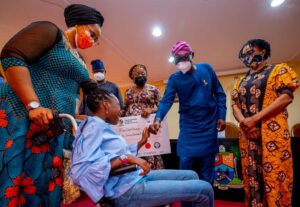 Lagos State Governor, Mr. Babajide Sanwo-Olu, has extended financial support to families of persons living with cerebral palsy and down syndrome in the State.

The financial assistance of N1million to N2.5million was given to 15 families of persons living with cerebral palsy and down syndrome.

Speaking during Cerebral Palsy Awareness Month and Down Syndrome Day Celebration in Lagos on Sunday, Governor Sanwo-Olu said he is committed to seeing that at least two more special centers that would cater for the care of persons living with these conditions are established in the State.

The Governor who took time to meet with, listen to, celebrate with and show support to families of persons living with cerebral palsy and down syndrome, was accompanied to the event by his wife Dr. (Mrs) Ibijoke Sanwo-Olu; Commissioner for Youth and Social Development, Mr. Segun Dawodu; Permanent Secretary of the Ministry of Youth and Social Development, Dr. Aina and General Manager of Lagos State Office for Disability Affairs (LASODA), Mr. Dare Ogundairo.

The Chief Medical Director (CMD) of LUTH who was represented by Prof. Adeyemo informed that the hospital wants the state government to take over the care of the children, saying that the oldest among them has been staying at LUTH for at least 22 years.

During the event, suggestions on creating a hub to develop and expand the creativity of persons with cerebral palsy and down syndrome, capacity building for caregivers, doing more with the inclusive curriculum in education, creating awareness on the kinds of assistive devices for cerebral palsy and down syndrome, as well as creating a Cerebral Palsy unit in all the local government areas were put forward by parents and caregivers.

Senior Special Assistant to Governor Sanwo-Olu on Persons Living With Disability, Adenike Oyetunde-Lawal revealed that the recipients were selected randomly from a wide pool of persons and families with cerebral Palsy, because the governor is keen on interacting with as many as he can to get the best results for all concerned.

Among the organisations and participants who attended the event were Cerebral Palsy Center, Down Syndrome Foundation of Nigeria and Modupe Cole Foundation, among others.

2023: The end of PDP ruling in Delta State is here – South-South Activist
1 Comment