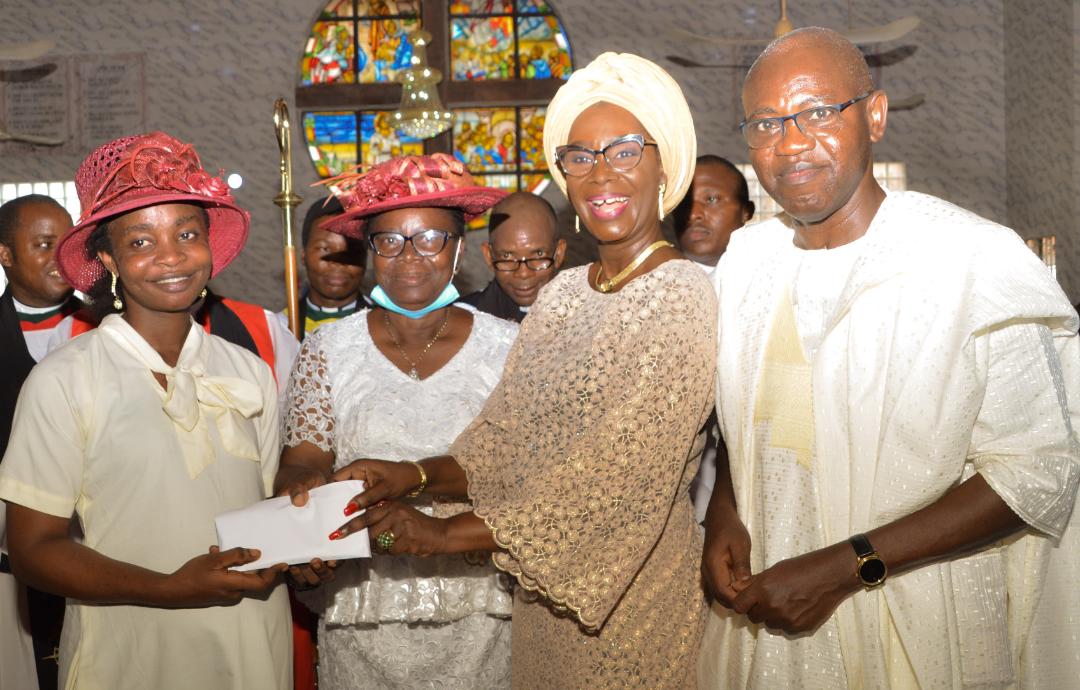 Over 50 Women who were wives of clergies in the Anglican Communion, Diocese of Ijebu-North Local Government Area of Ogun State have been supported with  cash gifts of N50,000 each while they also received food items.

Wife of the Secretary to Ogun State Government, Mrs. Derinola Talabi speaking at a Church service, held at St. Luke’s Anglican Church, Oru-Ijebu, Ijebu-North Local Government Area of the State tagged “Empowerment Sunday”, informed that gesture was borne out of the concern she has for ministers’ wives whom according to her don’t get the needed attention from the people they lead.

Mrs. Talabi said “this is home Church and come to think of it, these clergy’s wives are always bearing the burdens and challenges of others but they don’t usually get the commensurate attention and support they need for themselves from the people and so that’s why we thought we should do this, to support them in our own little way”.

She said the roles of the women in the Church cannot be undermined because were critical to the stability of the Church and the ministers’ homes, while they also bridge the gaps in the Church.

The Bishop of the Ijebu-North Anglican Diocese, Rt. Revd. Solomon Kuponu in his sermon titled “The Covenant Friend” made reference to 1 Sam Chapter 18 verses 1 to 3, saying the love that existed between Jonathan and David was a unique and uncommon, calling on the people to show genuine love to people around them, maintaining that loving one in words without deeds was not enough.

Bishop Kuponu and his wife, later commended Mrs. Talabi for the kind gestures saying the family epitomizes charity and generousity.

Meanwhile, the Secretary to the State government along with his wife challenged government officials and political appointees present during the service as they raised over a Million Naira fund for the welfare of the clergy wives.