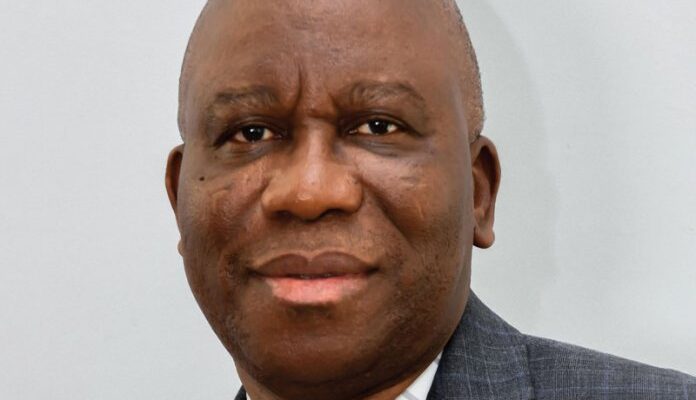 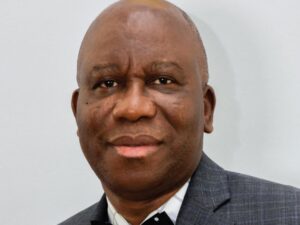 As the current Nationwide protest and agitations for the reformed o the Nigeria Police and by implication a better Nigeria begins to take a new dimension a move that looks like a monumental support for a reformed Nigeria, some Nigerians in Diaspora under the auspices of Nigeria Diaspora Network, NDN has warned that unless the Federal Government fulfils the promises made by President Muhammadu Buhari to fish out killer corps across the country and hold them accountable for the lost lives to police brutality, an end might not be in sight to the occupation of major cities across the country.

During a telephone chat made available to BEN Television in Abuja over the weekend, the International Coordinator, Nigeria Diaspora Network, Mr Samuel Atolaiye who spoke from the United States of America insisted that the only pacification the youths on the streets across major cities in the country require is for the Federal Government to ensure that justice is served for the families of victims of the Special Anti Robbery Squad across the country.

In his words, “imagine a police service unit who were originally put together to protect the citizens from terror and armed robbers and is funded with taxes paid by the public, but the same unit became too powerful to earn the trust to protect the people.

“They operated like cultists with code names like Slaughter, Terror, Hit man, Killer and so on, and were so brazen in their corrupt activities up to openly demanding bribe in crypto currency. There are many cases of innocent citizens, especially Nigerians in the diaspora who return home for developmental projects that have been felled by the blood-thirsty Federal Agents while dare devil criminals rob. and kill the citizens SARS operatives are supposed to protect daily.

“The NDN is already working here to get a list of Nigerians who have gone home from here but fell victim of the menacing SARS and we would make strong representations for them in their States now that the States are now setting up Commissions of Enquiry to investigate all the cases.

“The president has personally stepped in and has made a promise to hold officers accountable. People may say there are promises made before that were not kept. However, the government is now aware that people are watching more closely than before. With the all-inclusive stakeholders’ participation in reforming the police force in Nigeria, there is hope that SARS is gone forever and the entire police system would be reformed to reflect the wishes of majority of Nigerians.

“I appeal to every Nigerian to listen to President Muhammadu Buhari who has promised to ensure that all those responsible for misconduct are brought to justice. This should at least be the beginning of the needed healing.”

“The reform will not only flush out bad eggs within the police but also ensure that those who have been members of SARS are not allowed into whatever new and refined unit that may eventually emerge in the future.”

“Ï will like to seize this medium to appeal to the youths to hold the President to his words this time around and allow the process to flow through the States since the Federating Units under our democracy are controlled from the States”, Atolaiye opined.

When asked why he thought the protests were spontaneous since there was no singular group coordinating it across the country, Atolaiye said he was glad that Nigerian youths who have been labeled lazy and inarticulate have come out in their numbers across the country to participate in a peaceful protest to provide the nation with the golden opportunity to discuss the possibility of restructuring critical areas of the country, including the creation of the much debated state police and birth a new Nigeria where no Nigerian is seen as more Nigerian than another Nigerian.

Speaking further Atolaiye “Some may argue that the system can be abused by state governors who wield enormous influence on their subjects and that it can be a tool to be used to harass political opponents, however, the advantages far outweigh the disadvantages. One of such advantages is that the Governors are term-bound and for those who rule as totalitarian rulers, they would answer for human rights abuses after their stewardship.

“As it is obtained in many parts of the world where we have come to live and feel safe, creating the State Police system in Nigeria will help to institute true Federalism. During the first republic, the Native Authority police was very effective as a tool for combating crimes and maintaining orderliness because everyone knew the other person and it was very easy to identify those with criminal tendencies in the society.

“Nigeria is too large and complex to only be policed centrally. The matter of state police should not be a contentious matter, but the problem with our country is that we always consider sentiments first before major decisions are taken and when there is a crisis, we then apply our usual Fire Brigade approach.

“We do not need any expert to advise us about what to do, having been faced with rising and wide-spreading cases of insecurity, kidnapping and senseless killings across the country for over ten years now. If Nigeria is serious about overcoming current security challenges in the polity, the time to embrace the option of state ‘police is now.

” Nigeria has federating states and these states have several points of divergence in their body of laws as well all as cultural practices and religious beliefs that guide communal relationships among residents in those places, so, what is considered a crime in one state may be different in another. There is no need to stress the fact that another reason for the adoption of the state police system is good and realistic in Nigeria is because of the structure of the county’s legal system,” he reasoned.

Atolaiye implored the Inspector General of Police, Mr Mohammed Adamu to cooperate with the Commissions of Enquiry set up by the States and ensure that members of the defunct Special Anti Robbery Squad who are found culpable in the spate of killings across the country are made to face the wrath of the law.

According to him, “Every officer and men of all police units across the world are given the rules of engagement, even when they are provoked. But it is a pity that some of the officers drafted to protect Nigerians became blood thirsty and took innocent souls who resisted their intimidation, corruption and high-handedness.

“While it is a welcome development that the Inspector-General of Police (IGP), Mohammed Adamu, recently, dissolved the Special Anti-Robbery Squad (SARS), the police authorities must be willing to holistically reform the operations of officers nationwide.

” As things stand now, it is the glaring total commitment by the Inspector General of Police, Mr, Mohammed Adamu to ensuring accountability for human rights violations that would guarantee the return of public confidence in the Police in the country.”

When asked to share his views about the the pronouncements of the IGP who scrapped SARS and replaced it with SWAT immediately, Atolaiye argued that the creation of the Special Weapons and Tactics (SWAT) unit to replace the defunct Special Anti Robbery Squad was premature and hasty.

He implored the police authority to put measures in place that would restore people’s confidence in the police and heal families of police brutality across the country before thinking of setting up another group that night face an uphill task in working with the people they are asked to serve.

“As things stand today in the country, Nigerians want a police that can be trusted to perform their duties with respect and care for the people.

“The banning of SARS is a step in the right direction. The next step should be comprehensive police reforms. The committee for this reform should cut across every group including the youths, representatives of the government, private citizens who are well respected and have vast security experience to help with the reform.

However, Atolaiye who hailed the resilient youths for speaking with one voice and resisted the attempt to scare them with sporadic attacks by hoodlums across the country, also appealed to them not to allow the protest to result in unlawful actions, such as lootings or destruction of properties or create an ungovernable atmosphere.

In his words,” knowing fully well that some politicians or corrupt individuals might want to take advantage of such situations to make Nigeria ungovernable, I want to appeal to the youths across the country to resist the antics of the opportunists who might want to ruin the genuine agitation by the youths who have come out to take their future in their hands.

“This should never be allowed. Nigeria belongs to all of us and civil and reasonable actions should be pursued to resolve issues.