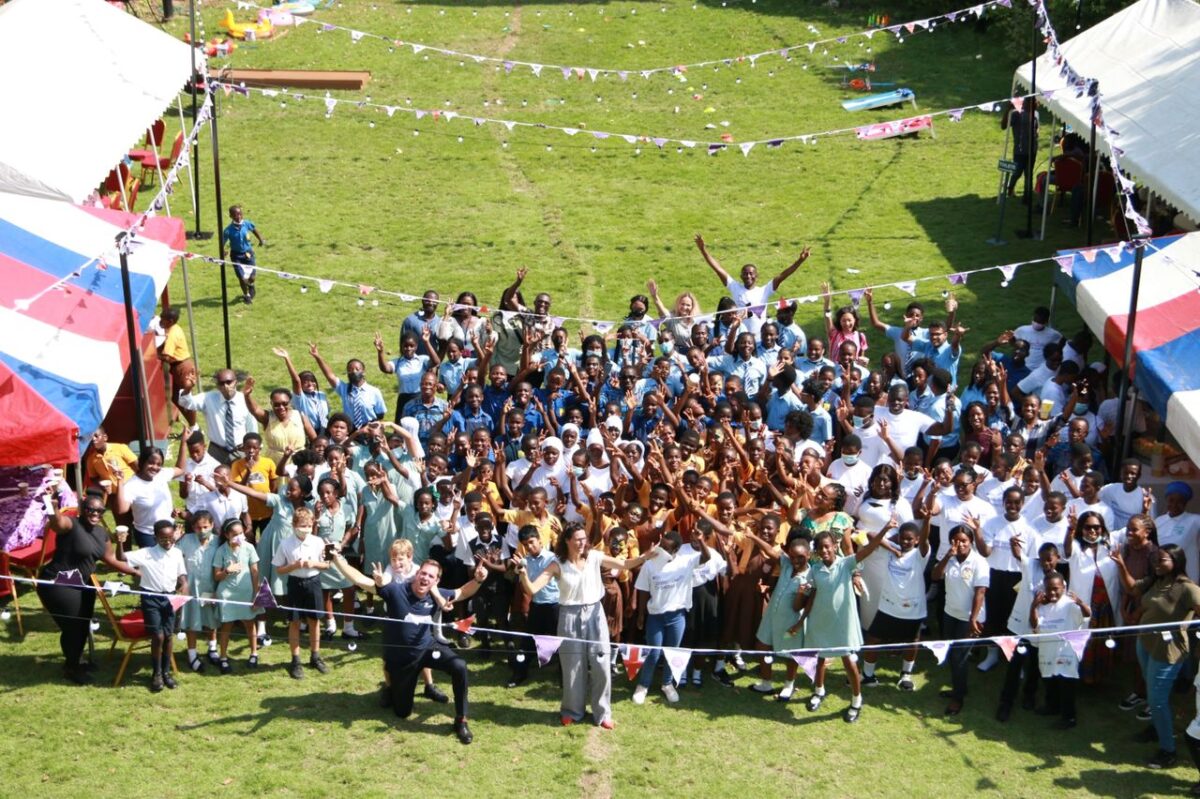 FROM ABERDEEN TO ACCRA, QUEEN’S PLATINUM JUBILEE CELEBRATED AROUND THE WORLD

This year Her Majesty The Queen became the first British Monarch to celebrate a Platinum Jubilee, marking seventy 70 years of service to the people of the United Kingdom, the Realms and the Commonwealth. Speaking from South Africa on her 21st birthday, Her Majesty devoted her life to the service of the Commonwealth, saying: “I declare before you all that my whole life whether it be long or short shall be devoted to your service”.

This week the British High Commission joins friends, partners and colleagues to mark the contribution Her Majesty The Queen has made to countries, communities and people in Ghana and across the Commonwealth by holding two events:

Speaking after hosting children and young people for a Big Lunch at her Residence, the British High Commissioner to Ghana, Harriet Thompson said:

“This week it is my humble honour and pleasure to join with our friends, colleagues and partners both here in Ghana and across the Commonwealth, to mark and celebrate the extraordinary reign of Her Majesty The Queen.

“Together we celebrate not just the work of the crown but the work of the woman who wears it. In her 70 years on the throne, HRH The Queen has been an anchor in times of uncertainty, a figurehead and a constant.” 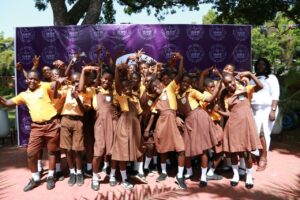 On Thursday evening, Harriet Thompson attended the lighting of the Jubilee Beacon at the Rotary Club of Accra. More than 2000 beacons will be lit throughout the UK, Channel Islands, Isle of Man and UK Overseas Territories, and one in each of the capital cities of Commonwealth countries including in Accra, in recognition of HRH The Queen’s long and selfless service.

“Rotary International Great Britain and Ireland are delighted to once again take part in Her Majesty’s Platinum Jubilee Beacon Event as we were for the Diamond Jubilee, we look forward to clubs around world taking an active role in this prestigious event.”

The Mission is also delighted to announce the names of two British people living and working in Ghana have been awarded an Overseas and International Birthday 2022 Honour.

Mrs Brenda Akofio-Sowah MBE, Volunteer and Fundraiser, Caledonian Society of Ghana; and Founder, International Spouses Association of Ghana has been awarded a Most Excellent Order of the British Empire (MBE) for services to the British community in Ghana and UK-Ghana relations.

Mr Steven Gray OBE, Vice Chair, UK-Ghana Chamber of Commerce, and Regional Head, UK Export Finance has been awarded a Most Excellent Order of the British Empire for services to British businesses in West Africa.

The awards announced this week, have recognised 122 extraordinary people in a wide range of fields. These include contributions made across business, charity, development, the environment, education, foreign policy, health, science and security.

Sir Philip Barton, Permanent Under-Secretary at the Foreign, Commonwealth and Development Office and Head of the Diplomatic Service, said:

“I congratulate everyone receiving an honour and thank them for their hard work and years of service. The UK’s impact around the world depends on exceptional people like those recognised in this year’s Queen’s Birthday Honours. I am grateful for their outstanding contribution.”