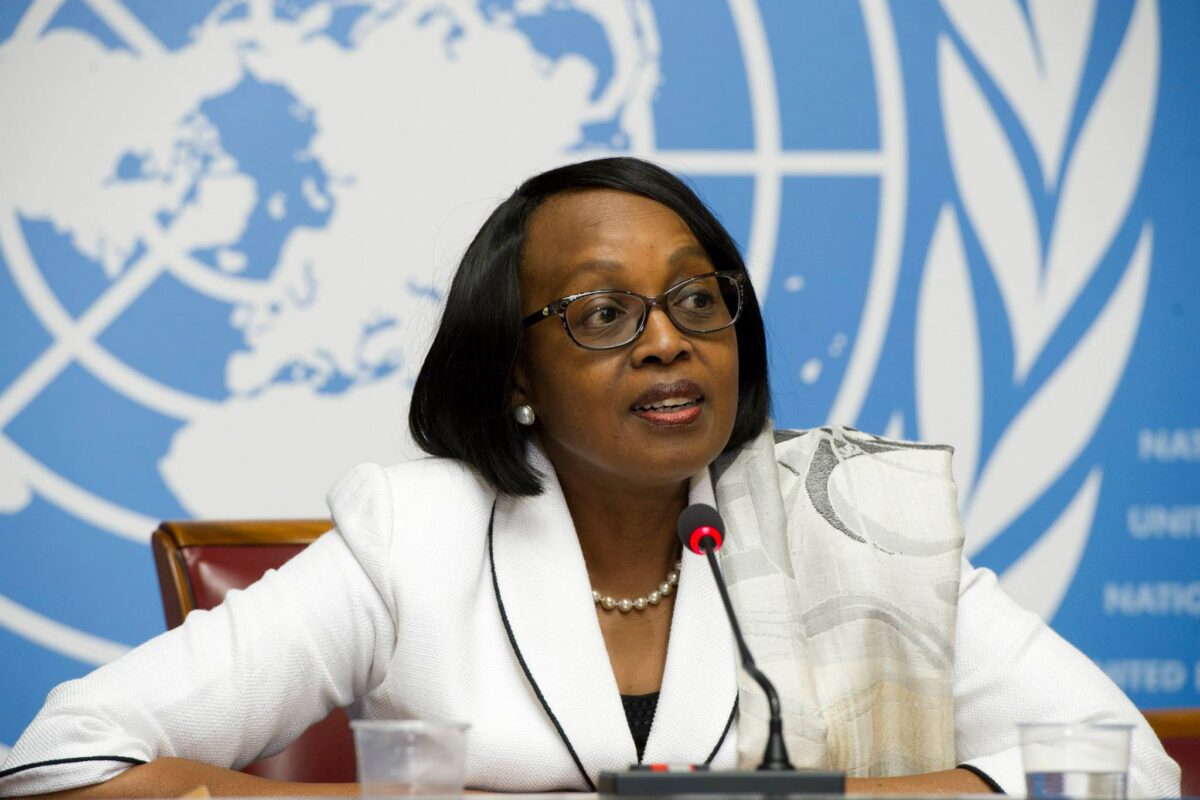 A World Health Organisation committee of external experts has evaluated three candidate vaccines and agreed that they would be deployed to Uganda for a clinical trial against the Sudan ebolavirus—one of the six species of the Ebolavirus genus. Unlike the Zaire ebolavirus which has sparked most of the recent outbreaks, there are no approved vaccines or therapeutics for the Sudan ebolavirus.

Speaking during a virtual press briefing, WHO Regional Director for Africa Dr Matshidiso Moeti and other stakeholders in the region says this decision is coming after the first doses of candidate vaccines against the Sudan ebolavirus are expected to arrive in Uganda in the coming days.

World Health Organization (WHO) is boosting efforts to support the government-led response against the outbreak which has now affected nine districts, including three complex urban environments.

The aim of the randomized trial is to evaluate potentially efficacious candidate vaccines, and to possibly contribute to ending the ongoing outbreak and protect populations at risk in the future.

The trial is the result of a collaborative effort, coordinated by WHO with developers, academic institutions, countries’ sponsoring the production of the vaccine doses, regulatory authorities, other experts and the government of Uganda.

Supplies of one of the three candidate vaccines are expected to arrive in Uganda next week and the other two soon after.

The trial protocol has been conditionally approved by WHO and Uganda and the final approvals are expected soon. Import permits for the vaccines are expected to be issued by the National Regulatory Authority soon.

While the trial start date is not certain yet, WHO is working with the Ministry of Health and Makerere University, which is leading the trial to make sure everything is ready and the trial can begin once one vaccine has arrived and all the trial preparations are in place.. The two other candidates will be added, as they become available.

In her words, “The start of vaccine trials will mark a pivotal moment towards the development of an effective tool against the virus behind the current Ebola outbreak in Uganda,”

“In previous outbreaks, we have seen how effective vaccines have averted the further spread of the virus, helping to quickly contain the epidemic. But it will take time to get trial results and for now the outbreak can be controlled without vaccines as we can see already with the slowing down of transmission in many of the affected districts.”

On 11 November, the eastern Jinja district, which hosts Jinja city, became the third urban area—after the capital of Kampala and Masaka city—to detect the virus. Jinja, located on the shores of Lake Victoria, is home to some 300 000 people. While Jinja is now impacted by Ebola, the outbreak is slowing down in six districts, with two dropping from the follow-up list as they have reported no cases in over 42 days.

“The confirmation of Ebola cases in a new district is a concern and places a further strain on the control efforts. With their highly mobile residents and often crowded environments, cities favour the spread of the virus, but Uganda has progressively ramped up the response, keeping pace with the evolving situation. WHO and partners are helping to trace, find, test, care for people with the virus and work with communities,” Dr Moeti said. “But with the virus constantly on the move, we must press even harder to stay ahead.”

In support of the outbreak response WHO has deployed 80 experts and supported health authorities
with the deployment of additional 150 experts, including over 60 epidemiologists. Due to the
infectious nature of the Sudan ebolavirus Personal Protective Equipment (PPE) which include gowns,
gloves, eye protection and medical masks are critical for provision of safe care to patients.

WHO recently delivered 15 000 PPE to Uganda, which are enough to protect health workers caring for
patients admitted in the current Ebola treatment units for 30 days. The Organization has helped
train nearly 1000 health workers and village health team members in contact tracing, and another
1155 health workers in infection prevention and control in health facilities.

WHO has also launched a US$ 88.2 million appeal to fight the outbreak and support Ebola readiness in
neighbouring countries. So far, only 20% of the funds has been received.

“Dedicated response teams are putting incredible efforts on the frontlines to safeguard communities
and require robust support to effectively deliver on this crucial task. We must not fail them,” said
Dr Moeti. “Ebola’s disruptive force is most stark among communities whose lives have been upended
and among families who have lost loved ones.”

Dr Moeti is wrapping up a three-day mission to Uganda, where she met with health authorities, key partners and visited Kassanda and Mubende districts the initial epicentre of the outbreak.