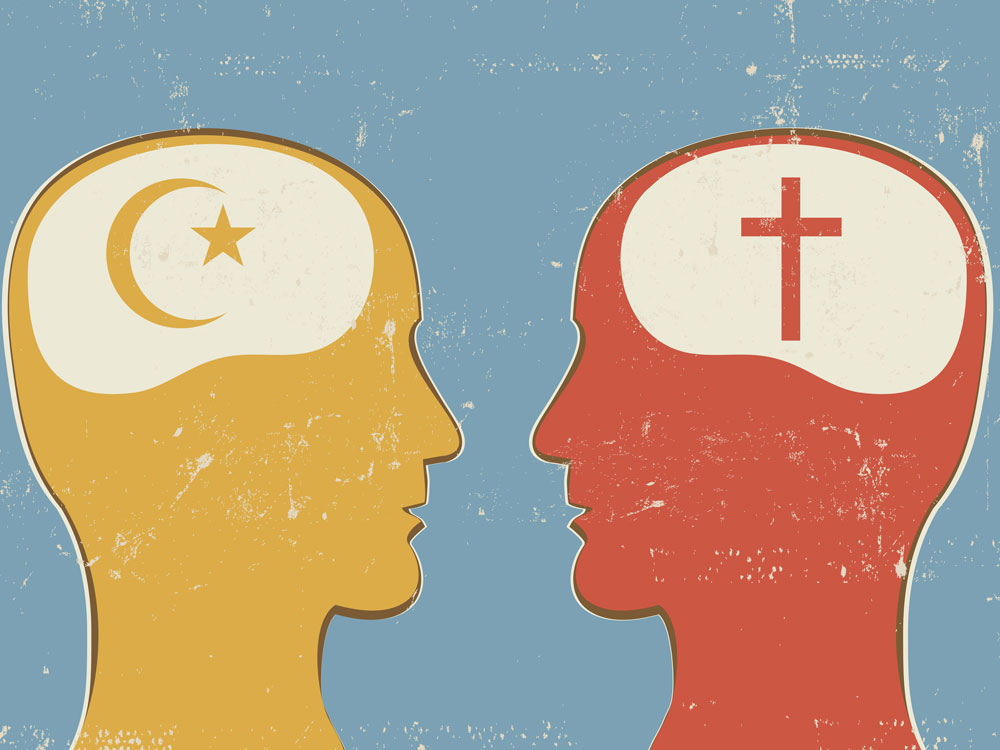 I really had no intention of discussing this matter as its understanding by most Nigerians is either unclear or deliberately twisted in opposition to the ideals of Nigeria’s nationalism and constitution. While the unclear is docile, the twisting group is active in molding public opinion to its side. Now the situation has become really bad and critical, with religion and ethnicity being hushed up to tear the country apart violently. Ill-conceived essays, audio messages, video clips, etc. of chilling conspiracy theories aimed at distorting and delegitimizing facts and historical truths are on daily rise across the country. The matter is now gone beyond mere inflammation of political passion to definite threats to national survival.

Clearly, those involved in this ill-project are doing so selfishly. They consciously, deliberately and systematically distort historical facts in order to pursue, advance or protect certain merited or unmerited, acquired or aspired self-interest; or as a respond to real or perceived threat. Always driven by self interest, they set in motion by propaganda a process aiming to disease minds and hearts of citizens against truth; to see no good in certain people, propagating jaundiced beliefs that certain people are naturally evil and are the cause of society’s failure. They feed the unsuspecting members of the public with only one side of the story, to make them boil with hatred against the people they want them to hate. But they hide the other side which makes the whole truth. The public needs to recognize this fact and draw object lessons to avoid ruin. The earlier these twisters also cleanse their hearts of such vices the better for them and our country. While it is only truth that can set the heart free of such malady, it is also for all of us as a people to reconcile ourselves with the truth of our situation. 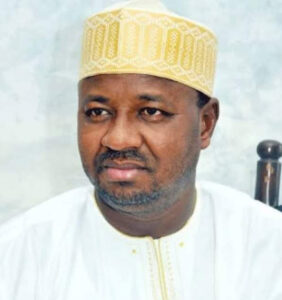 Hence, I deem it necessary to state my understanding of the underlying ‘secular status’ of the Nigerian State without intending to defend or oppose any viewpoint, but simply aiming to give a perspective to the “Sharia issue and Muslim domination” in Nigeria’s politics, and to prod our elites and intellectuals on both sides of the aisle to further interrogate the waves of historical trends resulting to our polity. Please let me not be misunderstood; I am not saying that there are no fundamental ethno/religious issues in the running of our country today – there are, but they must be taken within the context of our foundation.

To understand this context, it is important to connect the intractable and often invisible link between Cannon Law (which is Christian Church law) and Common Law (which is English Imperial law) and to state that both are actually in service of one doctrine – Christendom! Until this link is established, the two will continuously be seen, ignorantly or deliberately, as diametrically different; thereby magnifying and politicizing the 73, 28 and 54 times Sharia, Islam ☪️ and Grand Khadi as mentioned respectively in our constitution against the complete silence on Christ, Christianity and Christian. Yet, in essence, they’re not. And once we make this nexus, then naturally this conflict should fritter away into insignificance.

Now let me broadly layout the historical narrative as it unfolded in history. From the arrest of Jesus Christ at the Garden of Gethsemane, to his trial and execution, Christ followers came under intense persecution by both the established Jewish and Roman authorities. After Christ’s believed resurrection and ascension, and the creation of Christianity as a distinct religion by his followers, Christians were haunted and so conducted their affairs in secrets; holding their meetings and services in private houses, with few well covered secret churches, refusing military enlistments, etc. Under Imperial Rome, in Palestine and beyond, life was tough for the adherents of the new religion. Not even the commitment and boldness of St. Paul materially changed the hostility of the authorities. The situation even worsened from the burning of Rome in 69 AD under Emperor Nero to February 303 under the co-emperors Diocletian and Galerius, and martyrdom became a standard feature of Christian saints.

Then like a miracle of a prayer answered, in 313 AD Emperor Constantine I of Eastern Rome (Byzantine), having defeated his brother rival of Western Rome, Emperor Maxentius, at the Battle of the Milvian Bridge and assumed full control of the entire empire, converted to Christianity and gave the religion official recognition and support. A few years later, his successor, Emperor Constantine II, not only converted to Christianity himself but also decreed out all other religions and made Christianity the sole state religion for king and citizen in Roman Empire. This development created multiple Christian adherents, preachers, with new churches and monasteries sprouting up all over, and priests and bishops started emerging, parading around towns and marching into countrysides to destroy pagan temples and end paganism – Roman Empire had become Christian ✝️! 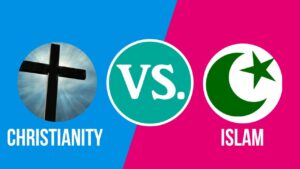 Henceforth, the Church became a strong and active institution of society next only to the imperial stool. Soon, a complete hierarchy of full-time paid officials emerged: Nuns, Priests, Friars, Bishops and Archbishops. For reasons of geopolitics to serve both empire and church, the emperor at Constantinople in the East supported the rise of the Bishop of Rome in the West to emerge as Pope, leader of all priests, head and governor of the Christian Church. Hence emerged the Papacy! The Pope became to the Church what the Emperor was to the Empire; though ruling not by military force but by moral authority.

By the letter of the imperial decree recognizing Christianity ✝️ as State Religion of the Empire, the Church developed its own system of law, it’s own courts, goals and means of enforcement. Other than administering the Church, the laws also covered such important social life aspects like marriages, inheritance, and taxation because everyone in the empire was obliged to pay for the Church’s upkeep. Thus the emergence of the “Canon Laws”.

But Christianity, in and by its emergence and development, did not invent a new system of education; it relied almost entirely on the empire’s educated people and scholars who were steeped in Greeco-Roman traditions in formulating, ordering and systematizing Christianity’s beliefs and doctrines, including the writing of Books of the Holy Bible, the Canon Laws, etc. This way, the Church preserved Greek and Roman learnings!

While the emperor remained in Constantinople wielding State/Military authority, the Pope remained in Rome wielding Church/Moral authority. Having neutralized secular rival authority and established religious one in its place in Rome, the Pope without an army was in no position to threaten the authority of the emperor. This worked very well for Constantinople which did everything to safeguard the papacy, which also worked well for Rome.

Then in the 5th century, the Roman Empire collapsed. It was invaded from the north by hoards of Geminic pagan warriors for plunder, settlements and enjoyment of life. As the hoards came in ever large numbers and putting down all resistance under the sword, they took over virtually all lands leaving little for empire and church. In the chaos caused by the disruption, what was left of empire administration also collapsed. With no army to threaten the new invaders, the church and its institutions were ignored, and so survived the onslaught.

In place of empire, the chiefs of the pagan warrior-invaders turned themselves into kings and started allotting lands to their warrior companions who in turn turned themselves into nobility, supporting their kings with soldiers, taxes and food whenever needed. Thus the emergence of European monarchy and feudal system. It is these monarchs and feudals that fought amongst themselves, creating little kingdoms that expanded, rose and fell throughout Europe. Over the centuries, these crystallized into the modern states of Western Europe of today, England 🏴󠁧󠁢󠁥󠁮󠁧󠁿 inclusive.

In the meantime, when the Geminic warriors took over, they left the Church ⛪️ intact. Overtime, they converted to Christianity ✝️ themselves; pointing to one conclusion – Geminic Warriors endorsed Christianity! While the turbulence of Geminic wars were going on, on situational exigencies the Church aligned itself here and there at different times among contending power blocs to survive and even retain the initiative. This way, the Church gained high moral influence on states’ institutions such that at several points the recognition of the Pope in Rome became almost a competitive bids among Europe’s secular rulers to gain power and legitimacy. Hence the emergence of the Holy Roman Empire in 800 AD under Charlemagne, crowned the Holy Roman Emperor, thereby inter-joining laws of state and church into one. Supported by warrior-men of iron now, the Church started churning out warrior knights to fight for the good cause of Christianity. The Church thenceforth began organizing wars to convert heathens to Christianity and to lead crusades to take over Palestine from Muslim hold. Overtime, kings take to Christian Cross ✝️ and proffer allegiance to Christianity and, after Reformation by the 16th century, head the Protestant Churches. Henceforth, in this enterprise of violence, State and Church became one.

What then ultimately emerged is the mixture of many to form a whole: Roman Empire became Christian; Christian Church became Roman; Roman Church became Roman Catholic, preserving Greeco-Roman learning; Roman Empire came under Geminic control; Church survived Geminic influx and control; German warriors became Christians; Christianity and Christian Church aligned with German secular power. What all these boiled down to is that in the society that emerged Greeco-Roman philosophy, learning, logic and sword were all pressed into the service of Church and State to form one civilization – Christendom! Under this civilization, both King 👑 and State, Pope and Church ⛪️ all make laws, exist and in pursuit of one goal – the Realm of Christ; otherwise known as Christendom!

This took over a thousand years to crystalize, from 313 AD with the conversion of Emperor Constantine to the Renaisance period in 1400 AD. This era is referred to in History as the Medieval period. The succeeding 500 years of Modern History, the Renaissance, Reformation and Colonizing period, refined, redefined and consolidated this civilization for world expansion and domination. In other words, Christendom was made ripe not only for Europe alone but now for world consumption. To the territories that were conquered and put under this yoke, including Nigeria, the superstructure in operation was and remains Christian. And so the entire ‘secularity’ of the Nigerian State (and all Western Colonies’) wholly rests within the ideological milieu of Christendom; meaning that the operational doctrine of its superstructure is basically Christian ✝️, with dots and pots of ‘Islam’, and ‘Sharia’ allowed here and there to accommodate the interest of the ‘Mohamadans up North’.

Apparently, it is these dots and pots enshrined in the constitution that is today at the center of our national politics as “Islam ☪️ and Sharia foisted on Nigerians by the Muslim/Fulani/North”, while the entire Christian superstructure England founded the country upon is politically unchallenged as non-Christians willfully accept the Christendom’s establishment, even against its innumerable shortcomings. Upon this backdrop, Nigerians, Christians and Muslims, should have reflected and dropped petty sentiments to come together, accommodate each other to build a strong, united and virile nation for our sake and for the sake of Black Africa.