The West Africa Tourism Organisation, WATO is set to launch its new flagship project, supported by the World Bank Group, the West Africa Ecotourism Network, WAEN. The launch is planned for the end of 2022 in Ghana. The two-day event will herald a new era of ecotourism in the sub-region, creating a sub-region wide connection among ecotourism practitioners and players, as it catalyses development in the sub-industry.

The two-day event consists a day of conference which will involve deliberations surrounding ecotourism initiatives, projects or sites, and the official launch of the network. There will also be a one-day Fam-tour of ecotourism sites in the host country, culminating in a celebration of exotic West African cuisine and cultural performances. The participants will
include ecotourism operators or managers, locals living around ecotourism projects or sites in West Africa, travel and tourism operators, ecotourists, as well as governmental and non-governmental representatives and organisations associated with ecotourism from other parts of the world. 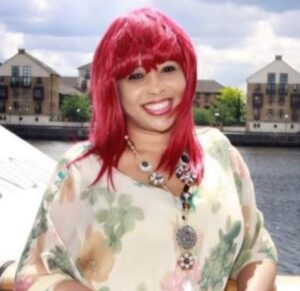 The Chief Executive Officer of WATO, Ms. Ola Wright spoke on the relevance of organising the event to launch the
Network: “The anticipation for WAEN is to make it a place where capacity-building will be provided and ecotourism practitioners can be supported in marketing their products and developing ecotourism projects,” she said.

A member of the WAEN Steering Committee and a consultant from the World Bank, Mr. Bastien Loloum said WAEN will subsequently organise sub-regional ecotourism tours to support visitors in using WAEN tools and also provide advisory support to countries in the sub-region that have ecotourism plans which are yet to be implemented.
These efforts tie in suitably with the West Africa Integrated Travel, WAIT project which was also set up to connect West Africa seamlessly and promote a joint marketing effort amongst Tourism Boards and Authorities in the sub-region. Helping to draw attention to the relevant authorities and policymakers on the need to ease up travel blocks within the region, WAIT will now support WAEN’s ecotourism vision.
In a comment expounding on how the two WATO projects are interwoven, a member of the Network’s steering
committee, Mr. Gautier Amoussou, the National Coordinator of Eco-Benin, said “WAEN will support improved standards
and coordination between countries, a major area of focus also championed by WAIT.”

Positioned as a rallying point for ecotourism within the sub-region, WAEN will contribute to conservation and education about the importance of West African ecosystems, to sustain the well-being of the local people, by providing livelihood opportunities that are compatible with conservation efforts, and involves interpretation and education of both visitors and resident populations as regards the importance of this continent’s unique yet fragile biodiversity.

More details on the launch will be communicated to all audiences in subsequent press statements.