As part of its continued support of UNICEF, Access Bank Group, along with 5th Chukker, hosts the Access Bank UNICEF Charity Shield Tournament at the Guards Polo Club, Egham Surrey. 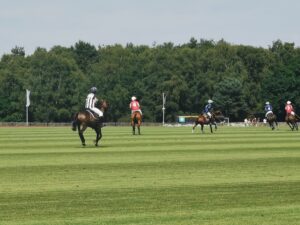 The event only made possible after a two year break on a weekend that is described as one of the warmest at Guards Polo Club Windsor on Saturday 16 July and reflected on another year of outstanding international business growth. 2022 witnessed The Bank winning Best African Trade Finance award from International Finance for the fifth consecutive year and Best Africa Trade Finance Bank by Capital Finance International for the seventh year in a row. Putting customers’ needs ahead of its own sets the standard by which it judges itself and its performance.

The event began around 11am with the arrival of dignitaries such as the Nigerian High Commissioner to Court of St. James, Ambassador Tunji Sarafa, Former Emir of Kano and Current Emir of Zazzau, top Executives, CEOs. 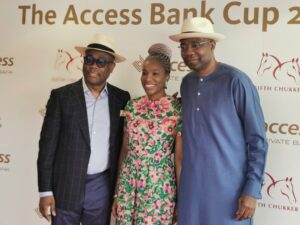 The Polo tournament is an extension of Access Bank’s Corporate Social Responsibility partnership with Fifth Chukker to support UNICEF in its anti-poverty and anti-HIV/AIDS campaigns in Northern Nigeria especially on educational development. Since the UNICEF/Access Bank initiative was started in 2007 it has seen the rebuilding of two schools in Kaduna and more than 8,000 students sustained in continuous education. At the same time new school blocks and a computer literacy building all in a more secure and friendly school environment have been developed. The communities surrounding the schools are being supported with bore-holes for water, and sewing and grinding machines to secure employment and stimulate economic and social development. Some of the beneficiary schools in Kaduna now have renovated classrooms, new toilet facilities, water through the construction of bore holes, alternative power generating system (solar) and furniture. 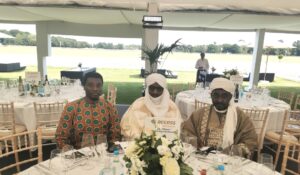 Not only does every child need basic education, there is the need to go further in the provision of opportunities and amenities that would encourage learning and the mental development of the child from an early age as this ultimately determines what kind of solid foundation the child has. 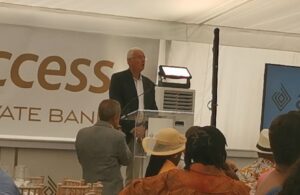 Mr. Jamie Simmons, the Chief Executive Officer and Managing Director, said, “We are a bank where our growth has been fuelled by the strength of customer relationships. This enables us to develop innovative products and financial solutions for our customers. We have offices in the heart of the City of London, Dubai and Lagos. We invest significantly in attracting, retaining and developing professional staff in order to ensure customers always deal with an expert who is familiar with their business and personal financial needs, the foundation of our business is relationship management.” 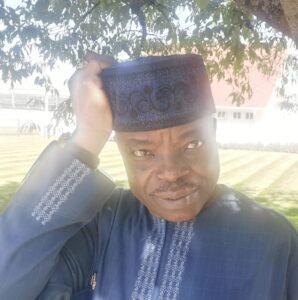 This sponsorship, now in its twelfth year has continuously provided the Bank an opportunity to alleviate the plight of Orphaned and Vulnerable Children (OVCs) in Kaduna State, Nigeria through educational and community development projects.

The matches where well enjoyed by than 300 global executives at the event.

The Access Bank Cup which traditionally mixes patrons and some of the biggest names of the game currently playing in the UK resulted in a win for Access Bank.

The main reason which is to raise fund saw more than £1.5 million raised for UNICEF which will go towards building and developing more than 100 new and equipped classroom blocks in identified  disadvantaged areas of Nigeria, most especially in the Northern part of the country.