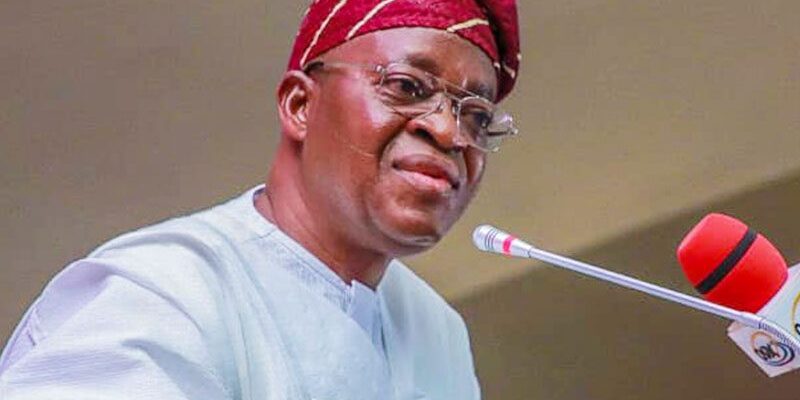 Osun State Governor and candidate of the All Progressives Congress, APC, in the just concluded governorship election, Adegboyega Oyetola says the leadership of the party are still studying the results of the poll.

In a statement by his Chief Press Secretary, Ismail Omipidan , governor Oyetola said he had taken cognisance of the results of the election as announced by the Independent National Electoral Commission, INEC, and noted that that his party would react after appraising the outcome of the poll.

The governor hinted that the party would be responding appropriately after studying the results and consulting with critical stakeholders of the party.

He called on his supporters to remain calm, and the people of the State to go about their businesses without let or hindrance.
The governor charged security operatives to ensure maintenance of law and order and forstall acts that could lead to breakdown of law.

Senator Adeleke won in 17 local government areas against Oyetola’s 13 before he was returned elected by the Chief Returning Officer for INEC, Professor Oluwatoyin Ogundipe, the Vice Chancellor of the University of Lagos.