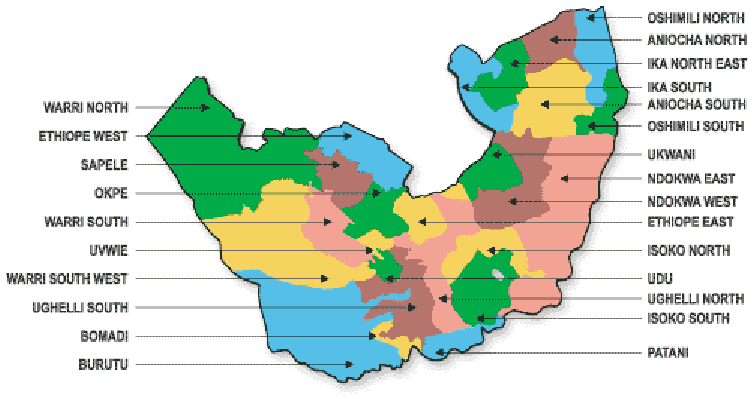 The former Ambassador at Large for Nigeria, a Life Patron of African Business Roundtable (ABR), President Daddo Group among others,  Dr. BAMANGA TUKUR’S RESPECT FOR GBAGI & BIBLICAL PROPHET WITHOUT HONOUR IN HIS HOME 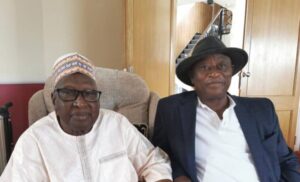 What a notable Nigerian, Dr. Bamanga Tukur said of Olorogun Kenneth Gbagi, precisely on the10th of August 2021, again, testifies to how lucky Delta State should be to have Gbagi as the next Governor.

It’s no surprise that Gbagi doesn’t get the honour he deserves among his home people in Delta just as the biblical prophet was disrespected in his home but that is changing as others are beginning to see his value and experience to better the state.

Deltans must not lose the chance to give Gbagi the 2023 mandate to govern the people out of the prolong narrative of a vastly endowed state struggling in much motion, little or no movement.

“Kenneth Gbagi is well qualified to even run for Presidency. So Delta state should appreciate God for having Gbagi accept to aspire to become Delta state governor come 2023.”

This unbiased estimation of Gbagi’s personality and stature by such a high profile personality as Bamanga Tukur, a former Chairman of the PDP that stood for justice, equity and Jonathan, again, confirms Gbagi as the Biblical prophet who’s not honoured in his home in the beginning and now as the count down gets into motion is gaining ground.

Gbagi is a proven economic and political asset to Delta state and Deltans should appreciate God that he’s from among us and there’s a purpose God made this versatile achiever and highly connected rare individual a Deltan in our time.

It is not strange that Gbagi isn’t accorded the deserved recognition in his home state, even less honoured in his immediate Delta Central Senatorial District of Urhobo Nation years ago. But with each day the level of appreciations and voting opinions is showing gained supporters more than other candidates in the field.

In John 4:44, Jesus said to them, “Only in his home town, among his relatives and in his own house is a prophet without honour…” In Mark 6:1-6, “He was amazed at their lack of faith”.

Jesus spoke the bitter truth to the people of Nazareth, the town he grew up. They refused to believe in his teachings because they considered him one of them they knew too well as not having the authority, social and spiritual status to preach to them according to the Holy Book.

The irony is that while Jesus Christ our Lord and Saviour was not accorded respect by his own people, today his name is mentioned every second by millions of people across the world.

If notable Bamanga Tukur could be so envious of Gbagi’s credentials and personality as a God sent rare individual, Deltans, irrespective of political affiliations should support Gbagi on his governorship aspiration come 2023.

Even the detractors know it. He will take Delta State to greater heights given the mandate as Governor. Highly connected and bouyant with hard earned wealth, Gbagi is not aspiring for the Governorship position of Delta State to loot public funds.

His genuine desire is to develop Delta state to the heights commensurate with the enormous resources the state is blessed with. And he has the intellect, wisdom, courage, strength, discerning spirit and commitment to spot and process viable opportunities into huge investment successes for the good of the generality of the Delta people. His enduring business empire is a testament to this rare quality he has. And he is not a tribalist.

The Dubai of today that is a global destination of choice was not built by spirits, but built by patriotic leaders. Gbagi exudes that resourceful patriotism, and he’s the best among all the governorship aspirants for the 2023 governorship of both major political parties, PDP and APC.

Across the landscape, all you find, except Gbagi, in both APC and PDP, on the 2023 Delta governorship race are failed ‘professional’ politicians whose only known livelihood is to cling to public office at all cost to feed on government as their personal farmyards/factories since 1999 to date.

It is just as painful that many of Deltan elites remain ignorant about the reality of the situation yet are feeling the pains of the day. Government is a place of service, not a private farm/factory to harvest and amass profits. Kenneth Gbagi stands out among the crowd of Delta politicians as the only one who truly appreciates and understands political leadership as a call to service in this political era.

And Gbagi or anyone else didn’t ask me to express this opinion. I write from my heart and mind on how I see it. I won’t be influenced to say it the way I don’t see it, no matter who and what is involved. I can’t be intimidated or paid to tow a line of thought against my conscience. Those who know me know this fact.

Delta state is a patient on intensive care unit (ICU) that needs urgent medical attention. And it requires a courageous, transparent, truthful and open-minded leader with proven business, development and leadership qualities to revive and lift this patient from the stretcher.

Delta State doesn’t need a wasteful leader waiting on the wings to take and take with no value to add. No other aspirant as Gbagi, to all intents and purposes, fits the bill as the most appropriate and ideal Deltan to govern the state come 2023.