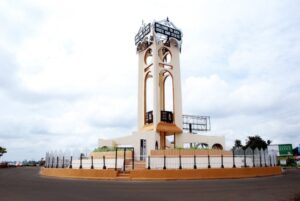 Activities at the Abia State House of Assembly were yesterday grounded following the industrial action embarked on by the Parliamentary Staff Association of Nigeria (PASAN).

The state Chairman of PASAN, Okezie Chijioke, told journalists that the gates of the Assembly complex had to be closed in compliance with the directives of the national leadership of PASAN.

The PASAN national leadership had declared the nation-wide strike to press home its demand for financial autonomy for states’ legislature.

Chijioke said: “We have started and everything is in total compliance as directed. Nobody comes in or out.”

He acknowledged that though the state PASAN members enjoy relative good condition of service, they however had to join the national strike in solidarity with the cause the union is fighting for.

Meanwhile, there was an altercation between the Clerk of the Abia State House of Assembly, JohnPedro Irokansi, and the monitoring team from the national secretariat of PASAN over the presence of a handful of workers.

The clerk told journalists that he was at his duty post “to ensure full compliance,” adding that he only allowed some accounts officers into their office to complete the preparation of salary voucher which had started before the strike began.

He argued that the fact that activities in the Assembly have been grounded meant that “we have complied fully, hence, we expect the national officers that came for monitoring to appreciate our efforts and not to blackmail us.”

But the National Vice-President of PASAN, South-east zone, Anayo Nwinya, who led the monitoring team, told journalists that the team was in Abia State to monitor the strike and ensure full compliance.

“The struggle is for constitutional issue,” he said, adding that there was no reason for state governors to refuse the implementation of financial autonomy for states’ legislature after the law had been passed and assented to by President Muhammadu Buhari.