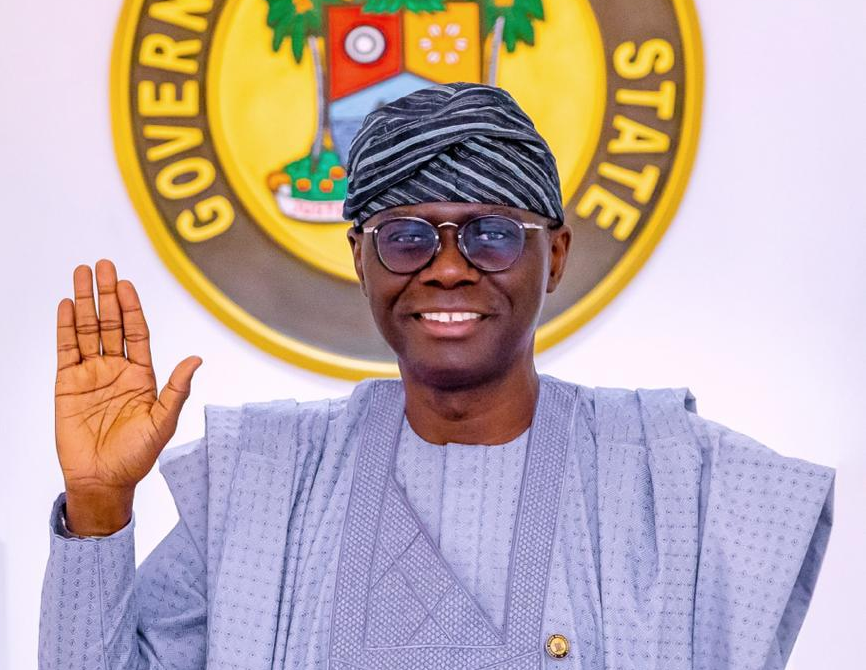 WE ARE SECURING LAGOS STATE – SANWO-OLU

Lagos State Governor Babajide Sanwo-Olu has asked Lagosians not to panic over the recent security threat in some States, including Lagos.

Speaking on a Channels Television programme; “Sunday Politics”, Sanwo-Olu mentioned that proactive measures had been taken to stop the potential and capacity of the elements planning to infiltrate the State to commit crime.

He said: “Security is seen as the bedrock of good governance because what we preach is that we want to ensure that we secure the lives of our people, property and like. That is what we campaigned for. And if you look at our T.H.E.M.E.S Agenda, the last word there is S which is Security and Governance. So, it’s not something we are just waking up to; it’s something that we thought of and want to deal with.”

According to Sanwo-Olu, he served on the Board of Lagos State Security Trust Fund (LSSTF) and was involved in the planning of the security architecture of Lagos. Based on his experience, his administration always supports and motivates security agencies, who are encouraged to share information.

He said: “The first phase of the State Fibre Optic Backbone has reached an advanced stage and this will feed the over 2000 CCTV cameras installed across the State to forestall any form of breach in security. We also have the Lagos State Neighbourhood Safety Corps who support police operations by gathering intelligence within the communities.”

Responding to the ban on commercial motorcycles, popularly known as Okada, and the implications on security, the Governor said that the number of accidents and security breaches recorded had significantly dropped since the ban.

Asserting that there has been significant drop in traffic robberies and motorcycle accidents since the restriction of Okada in certain areas, Sanwo-Olu said: “We don’t see limbs being cut in our hospitals again. In terms of death alone, at the peak of the ban, we had 550 okada-related accidents on a monthly basis, but now, such accidents have come down to less than 100. I also told the RRS that we need to do a lot of pin-down points and do pedestrian monitoring so that people can see them.

Sanwo-Olu revealed that Lagos is already working with Ogun State Government on inter-border collaboration, through which Lagos State has made interventions in the areas of safety and emergency response.

Sanwo-Olu said: “We are already running borderless interventions with Ogun State, and Commissioners of Police in both States are also collaborating with each other. We have pushed the physical stop and search exercise into Ogun State in order to stop potential criminals from entering Lagos.”

The Governor also revealed that Lagos collaborates with the National Identity Management Commission, NIMC, and other agencies to enable security formations access their database for information that will aid the provision of security.