2023: The end of PDP ruling in Delta State is here – South-South Activist

Those scared of Olorogun Kenneth Gbagi, the Governorship candidate of the Social Democratic Party (SDP) in Delta State are the real enemies of the state who don’t want the looting culture to end.

Sherriff Oborevwori is being backed up financially, sponsored by Okowa as the one he trusts to cover up for him after he leaves office come May 29, 2023.

For David Edevbie and Ovie Omo-Agege, they are core loyalists of Chief James Ibori, their grand patron/godfather can use them as tools for sustained mismanagement of Delta’s treasury as usual.

Edevbie and Omo-Agege were brought into politics by Ibori who appointed them. David Edevbie was Delta’s Chief Finance Controller of Delta under Ibori’s led PDP administration. 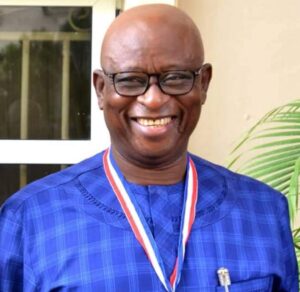 Kenneth Gbagi is the only neutral governorship candidate without a godfather in Delta. Under Gbagi’s administration, you will be jailed if you refuse to complete any contract given to you, just as he will not appoint dullards in his administration.

Gbagi will lead Delta prudently. He will be a prudent governor if elected. Gbagi has the intellectual capability to govern Delta to a higher level as a successful Business Investor, Diplomat, Security Expert/Criminologist, Lawyer and Politician.

The question is, do Delta people want development or do we want Delta to remain stagnant with unrestrained looting? Among the packs of Delta governorship candidates, Gbagi stands out miles apart as the most qualified to govern Delta in my opinion.

Oborevwori, Edevbie and Omo-Agege are birds of same feathers with Ibori and Okowa. We must be bold to face reality and stop pretending and stop singing praises of Sheriff Oborevwori, David Edevbie and Ovie Omo-Agege.

The only reason why Delta’s political class are scared of Gbagi is that he can’t be controlled and manipulated by them to loot the treasury of Delta as it is done at the moment.

Gbagi is a Nigerian billionaire, and down-to-earth, politician, that dines and wines with ‘street beggars’. He is highly misunderstood by his Urhobo people, while some Delta elites are scared of him simply because he can’t be manipulated/controlled to share public resources from the Delta’s treasury.

I challenge Sherriff Oborevwori, Ovie Omo-Agege and David Edevbie to publish their financial status before 1999. The truth is that these three politicians made their wealth from the goodies of Delta’s treasury.

Can Edevbie claim ignorance of the looting of Delta treasury under Ibori’s administration?

Can Sherriff Oborevwori claim ignorance of the looting of Delta’s treasury by Okowa of which 175Billion Naira was borrowed to finance Sherriff and Okowa and their PDP primaries that picked Sherriff and Okowa as a running mate to Atiku and Delta governorship candidate?

I call on all Delta people irrespective of their parties and interests to vote for Kenneth Gbagi as Delta governor in 2023 to change the culture of looting of Delta’s treasury that was cultivated by James Ibori till the present.

Proper action should be taken to erase the PDP hegemony and culture of looting. It cannot be by wishful thinking. Let’s embrace Gbagi, SPD.