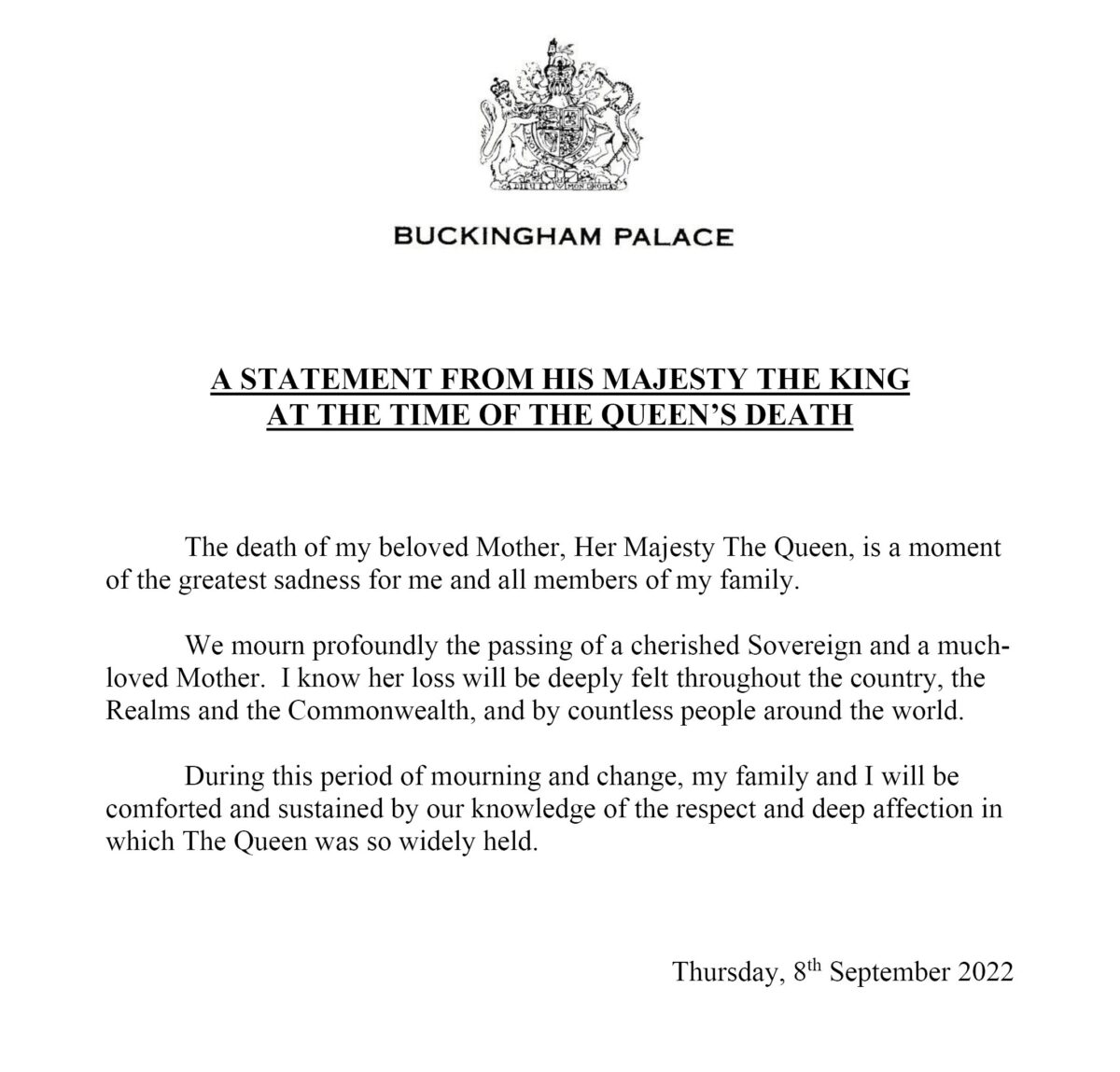 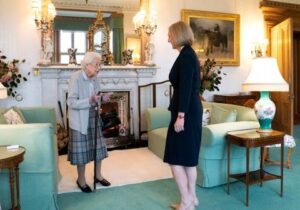 Buckingham Palace says the Queen has died this afternoon surrounded by her family.

The Heir the Crown, Prince Charles, 73, since the age of three, is now king, and his wife, the Duchess of Cornwall is now Queen Consort.

In statement, the new king said: “The death of my beloved mother, Her Majesty The Queen, is a moment of the greatest sadness for me and all members of my family.

“We mourn profoundly the passing of a cherished sovereign and a much-loved mother. I know her loss will be deeply felt throughout the country, the realms and the Commonwealth, and by countless people around the world.

“During this period of mourning and change, my family and I will be comforted and sustained by our knowledge of the respect and deep affection in which the Queen was so widely held.”

He will be in London tomorrow.

PM Ms Liz Truss, who was only appointed as Prime Minister by the Queen on Tuesday, said this on the Britain’s longest serving monarch.

In her speech the new PM, Liz Truss said, “We are all devastated. It is a day of great loss, but Queen Elizabeth II leaves a great legacy.”

“ she is rock on which modern Britain was built, personal inspiration” to her.

Arrangements for The Queen’s state funeral, codenamed London Bridge, will now be put into place, expected to take place 10 days from now in Westminster Abbey, London.

From five days before the funeral, her coffin will lie in state in Westminster Hall for the public and her family to pay their respects.