Terrorist gives demands where there is no governance – Barr

What in God’s name will make a terrorist threaten to kill 300 Nigerians when they have a government – Activist Adeyanju Deji blows hot.

A terrorist kingpin in Zamfara State, Nasanda, has issued a 14-day ultimatum to the state government to pay him N30 million as compensation for the alleged killing of his wife and two relations. He threatened to kill 300 people if his demand was not met. Nasanda had claimed that his bride, her uncle and aunt were killed by some vigilante men in the state. 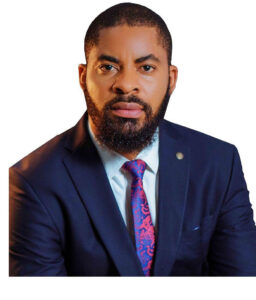 Reacting to this development, the convener, Mr Deji Adeyanju, who was visibly infuriated lamented that terrorists can only have such audacity and courage in a country where there is no government at all or a very weak and ineffective one, which fits Buhari’s regime.

“These killing terrorists have seen that the country is a jungle without any form of active government from top to bottom to secure the lives of its citizens”.

He further lamented that if IPOB had made similar threats, the federal government will have sent batallions of armed soldiers after them wherever they are, killing innocent villagers in the process.

“It’s a disgrace that Buhari’s government and its military that had the guts to open fire on innocent endsars protesters have lost those guts to go after terrorists.”

He also urged the government to immediately make sure that Nasanda and his gang is arrested not only for this single threat but also for all the terror attacks and killings in the state carried out by him and his gang. This will act as a deterrence to his kind.