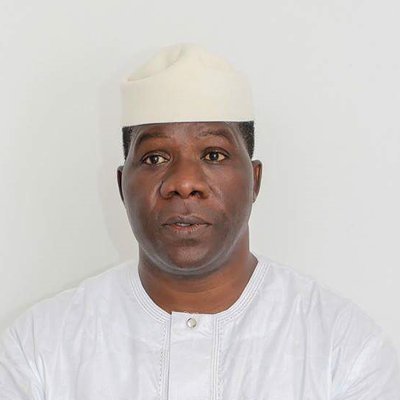 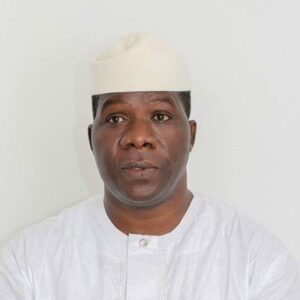 A clear demonstration of the disposition that people with any  form of physical challenge should not be discriminated against was brought to bare in Ekiti State on Tuesday, as the Senator representing Ekiti Central in the Senate, Hon. Opeyemi Bamidele trained and empowered 100 people in this category for economic self- sustenance and reliance .

Bamidele averred that  the programme  being prosecuted under the theme: “Bringing out Abilities in Disabilities’, was a concept geared towards making physically challenged relevant in the scheme of things, particularly in the state.

To uplift the relevance of this group in terms of economic sustainability, productivity and promotion of culture of self-reliance,  the federal lawmaker advocated the creation of a special Ministry at the federal and State levels to administer the wellbeing of the victims.

The beneficiaries were drawn from Ado, Efon, Ijero, Ekiti West and Irepodun/Ifelodun local government areas that constitute  the Senatorial District.

Category of people that  benefited from the training and empowerment include: Blind, deaf and dumb, Albinos , under the canopy of Joint National Association of People’s Living With Disabilities(JONAPID).

They PLWDs members were trained on how best to identify business opportunities,  Book keeping,
Accessing Funds for Small Businesses
Selling and Marketing Techniques, and how  to write Business Plan.

Interacting with  the participants , Bamidele, represented by his Senior Legislative Assistant, Mr. Bunmi  Oguntuase, said physical disabilities  shouldn’t be a reason why people should be abandoned by individual , organisations and governments as being experienced in the Nigerian society .

Bamidele posited that many of those inflicted with  some form of physically disabilities are naturally endowed better than those that are fit and enjoy complementary physical  body system.

“Being physically challenged doesn’t not diminish the fact that some of you are born great. It doesn’t remove the fact that you are more naturally endowed than those with fit body system.

“But in Nigeria, those in this category are either  downgraded , neglected  or despised . Not until the recent time, Government has no special policy favouring them. They are not being considered for political positions and even favourable education policy was not there to give them sense of belonging. This was rather disheartening.

“Another area that had added more to your sufferings was the fact that some of you had resigned to fate. They had this warped and twisted  impression that  being physically challenged has crippled their destiny. This was wrong and we have to encourage you to rise above this pedestrain thinking.

“We are hopeful that now that your issues are being taken care of in terms of electoral system, appointments, employments and others, your sufferings will get alleviated gradually .

“But it would still be apposite and go a long way to make you more relevant and useful to our dear nation,  if the governments can establish a special Ministry to cater for your needs.

“If we can have Ministry of Youth and Women Affairs, it is not implausible for the federal government to create this Ministry to have special and dedicated focus on the wellbeing of the physically challenged citizens” .

He appealed to the beneficiaries to apply the skills garnered in the programme and stop living a beggarly life that would help in changing people’s perspective and respect about them.

Bamidele promised that he would continue to give attention to all categories  of people in the district  as their representative, regardless of any form of physical challenges they are being confronted with.

Apparaising the impacts of the training and empowerment, the JONAPID Chairman, Ekiti chapter, Mr. Kayode Owolabi, disclosed that it would help tremendously  in alleviating the pervasive poverty among their ranks.

“We are appreciative of this training. Not only a training, but it will be backed by empowerment . A lot of us are endowed with skills but lack the cognate exposure and skills that can make them operate under a modern economy.

“I am particularly happy that this programme will help in resolving this crisis. If the physically fit Nigerian citizens can be lamenting about this current economic situation, one can imagine what will be happening to this group”.

applauding the gesture, the Treasurer of Association of People With Albinism, Ekiti 0, Mr. Tokunbo Familusi, appealed to the p9popoop99o9oo990 to key into the programme and practicalise it for their own benefit . Pi
,
Familusi urged private organisations operating in Ekiti and individuals to partnerb government to initiate and finance programmes that will bring stupendous dividends to the physically challenged.