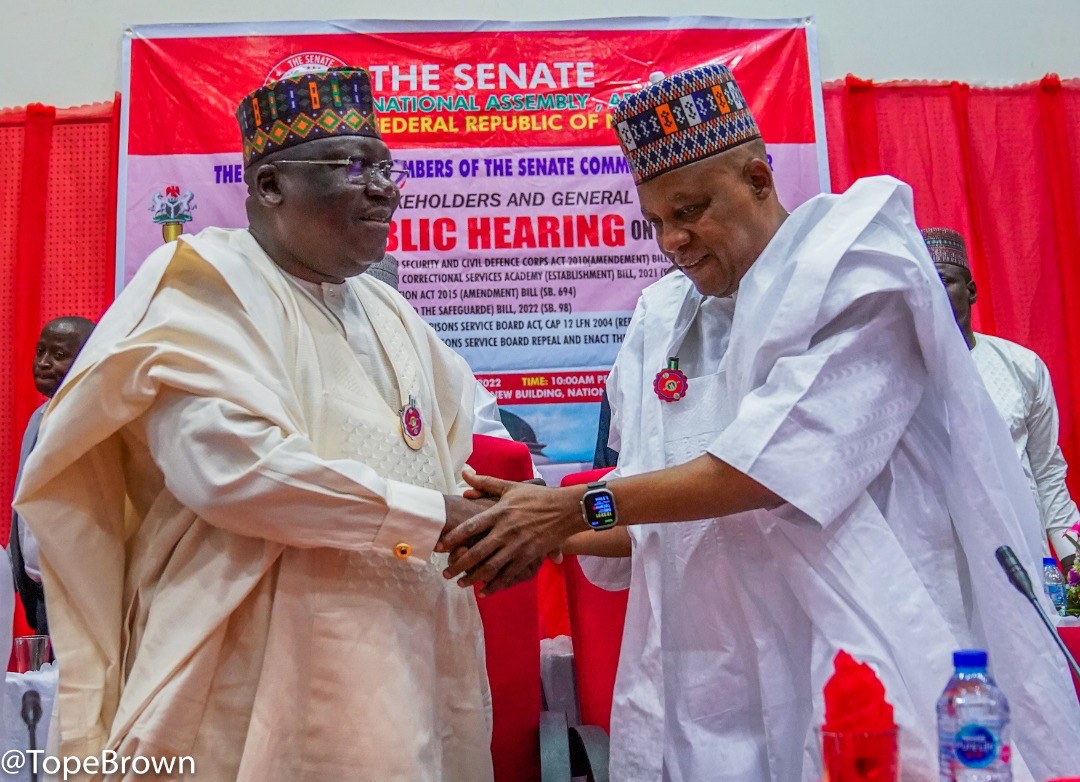 The President of the Senate, Ahmad Lawan on Friday declared open a Public Hearing on six Bills meant to strengthen the nation’s paramilitary agencies.

The Public Hearing was organised by the Senate Committee on Interior which is chaired by Senator Kashim Shettima.

“All the six Bills sponsored by Distinguished Senators are aimed at improving the capacity, the capability, the efficiency and effectiveness of these agencies.

“We in the Senate in particular and in the National Assembly, the Legislature, feel that we must continue to support all our security, military, paramilitary agencies especially at this time when we need all hands on deck for us to deal with the security challenge that our country faces.

“It is therefore not an ordinary event to have six Bills in a Public Hearing. This shows how important the committee takes this exercise.

“We are waiting for the outcome of this public hearing to pass these Bills by the Grace of God. These Bills will be passed expeditiously.

“Let me emphasize that this is a public hearing. An open hearing. No holds barred sort of discussions. Pls give us whatever position, whatever advice, whatever professional and competent positions that you feel can make these agencies better.”

In his opening remarks, the chairman of the Committee, Senator Kashim Shettima said the Public Hearing was intended to fast track the legislative processes in order to ensure that these Bills were passed without any form of complexity.

“The major purpose of conducting this Public Hearing is to ensure that we have a common ground on every aspect of the proposed Bills so that it will be presented and considered in the Senate chamber for the interest of Nigerians,” Senator Shettima said.