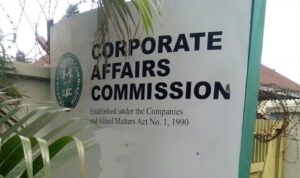 Abuja – The Corporate Affairs Commission (CAC) has directed customers with the commission to revalidate their accreditation before the end of March this year even as it is considering granting amnesty to companies and other registered entities that have not done their annual return filling for over a period of time.

The commission said the revalidation becomes compelling because some of the customers may have died or change their addresses and locations.

Garba Abubakar made this known on Monday in Abuja while giving an update of his first year in office as the Registrar General of the the commission.

Abubakar, called on companies to update their information on the Commission’s portal as required by law to avoid necessary sanction adding that anyone that fails to validate their records would not be able to transact business with the commission.

“Every accredited customer must revalidate his accreditation with the commission before the end of March.

“This is necessary because we have recognised the fact that some of the customers have died, some have changed addresses, some have changed locations without updating the database, and some have transferred their accounts to other people to manage it on their behalf.

“So to ensure the integrity of the information we are going to be receiving on behalf of our customers, all existing accounts must be validated before the end of March.

“By April 1, any account not revalidated would cease to have effect until the customer comes forward to revalidate.”

“For other registered entities, we encourage them to update their information, we are considering an amnesty for certain number of years on annual return filings, but we have not worked out the details,” he said.

The Registrar General, disclosed that the Commission generated the sum of N19bn as revenue for the 2020 fiscal year.

He said the N19bn generated by the commission represents an increase of N1bn when compared to the N18bn target set for the CAC by the Federal Government.

Abubakar, explained that from the N19bn, the Commission paid the sum of N2.7bn into the Consolidated Revenue Fund Account of the Federal Government as operating surplus as enshrined in the Fiscal Responsibility Act 2007.

He added that over the years, the Commission had been remitting its operating surplus to the coffers of government.

On tax matters, the RG explained that the management of the CAC has negotiated with the tax authority and the sum of N700m has been paid as tax liability.

Abubakar further said that about 85 per cent of the N6bn liability which he inherited had been paid, adding that the balance would be paid soon.

On the industrial crisis in the commission, the CAC boss said the union that issued the strike is no longer in existence, hence, cannot carry out such action.

He, however, warned that the CAC managemeny will not tolerate disruption of the Commission activities by any group of person under the guise of strike.
“The union you are talking about, AUPCTRE, is no longer recognised as a senior staff union in CAC because of the decision of the National Industrial Court, that declared AUPCTRE a junior staff union.

“A copy of the judgment has been made available to us and there is no stay of execution on the judgement. To that effect AUPCTRE stopped existing in CAC. It has been dissolved.

“The leadership of the union has been dissolved, staff of the Commission have been advised to join any organised union of senior staff of their choice. All union dues deductions from staff salaries have been stopped.

“Junior staff have been advised to organise themselves into AUPCTRE or other union of their choice.

“We will not condone brigandage, union is not a licence for anybody to disrupt government services. CAC is a critical national institution,” he said.