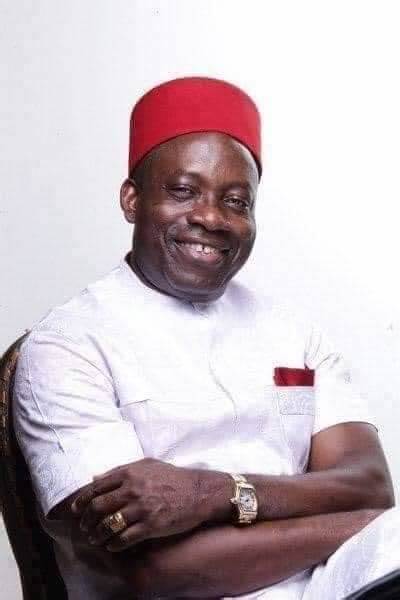 Professor Chukwuma Soludo, a former Governor of Central Bank of Nigeria (CBN), has officially declared his intention to participate in the November 6, 2021 governorship election in Anambra State on the platform of the All Progressives Grand Alliance (APGA). He made this known yesterday in the state’s capital, Awka.

He said he is the candidate to lead APGA to victory in the November 6 election, promising to use his international network and national exposure to transform the state.  He said: “I granted an interview where they asked if I still stand by what I said in 2017 that ‘if Anambra is not broken, why mend it and I told them that Anambra is more sound now.

“In 2010, Federal Bureau of Statistics conducted a survey and said the poverty rate in Anambra was 53 per cent.

“In 2020, it conducted another survey and said poverty rate had gone down to 14.7 per cent, what else can you use to measure good governance.

“Anambra is doing well under Obiano and my mission is to continue and complete all the legacy projects of the governor.”

The event has in attendance APGA chieftains in state including Nobert Obi, the state chairman.

The Governor, Willie Obiano; his deputy, Dr. Nkem Okeke; and Secretary to the State Government (SSG) were though absent, Prof. Solo Chukwudobelu, praised the administration of Willie Obiano, incumbent governor of Anambra, describing him as one of the best in the country.

Other top past and present Federal and State legislators, including the Deputy Speaker, Anambra State House of Assembly, Dr. Paschal Agbodike, and Dr. Alex Ekwueme’s widow, Chief Ifeoma Ekwueme, were among those present.

Declaring his intention to succeed Obiano in March 2022 before the Norbert Obi-led party executive at the state headquarters, Awka, Prof. Soludo expressed optimism that he would win in a free and fair contest.