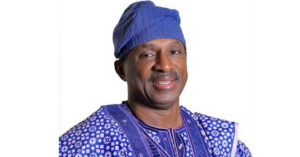 A senior lawyer and former representative of the Oyo South Senatorial District at the National Assembly, Senator Olufemi Lanlehin, has described Governor Seyi Makinde’s handling of the rising insecurity in the Ibarapa/Oke Ogun area of Oyo State as jaundiced.

The former lawmaker said while the governor considered the right of the killer herders to live in any part of the country, he failed to respect the right of the host community to live full life devoid of intimidation, killings and deprivation.

Lanlehin, who was a former governorship candidate of the African Democratic Party in Oyo State, spoke on Sunday in a statement which he personally signed.

He said, “I have observed, with deep concern, the rising wave of insecurity in Oyo State, advertised in the increasing cases of murder, armed robbery, kidnapping and all sorts of criminal activities.”

The former lawmaker noted that from Ibadan to Oyo, Ogbomoso to Oke-Ogun, and Ibarapa, nowhere could be labelled as safe and peaceful.

“More baffling is Governor Seyi Makinde’s inept handling of the entire situation, particularly his reactive and indecisive approach to tackling the most basic of challenges his administration can ever face.

“The recent incident whereby Chief Sunday Adeyemo, fondly referred to as Sunday Igboho, gave an ultimatum to the Seriki Fulani in Igangan is a case in point. With available information, one cannot but criticise Governor Makinde for his hasty and one-sided state-wide broadcast on the incident, and his biased upbraiding of Sunday Igboho, without as much as showing empathy with the victims of the rape, kidnappings, murder and farmland destruction allegedly perpetrated by some criminal elements within the herders community, under the guise of working as herdsmen.

“As usual, the governor was just being politically correct, and excessively populist in that broadcast of his, when he should have been balanced, and not appear to pander to the whims and caprices of the supposed afflicters. Why couldn’t he have invited both parties to a meeting and set in motion the process to an amicable resolution or even pay an on-the-spot assessment to Igangan instead of rushing to broadcast his jaundiced opinion? Till date, there is no evidence of the governor having personally visited Ibarapaland in his capacity as the state’s Chief Security Officer.”

He told the governor not to be carried away by the euphoria of office or the allure of power but instead, be guided by deep introspection, wise counsel and an abiding devotion to the protection of the lives and property of the people of Oyo State.

However in a response, the Chief Press Secretary to the Governor, Taiwo Adisa, in a statement accused Lanlehin, of exaggerating the security issues in the state to create fear among the residents of the state and slow down its economy.

Adisa, who noted that state Governor, Seyi Makinde, was handling the security issues, urged the opposition parties not to profit unduly from the matter.

He said, “Rather than join hands with the governor to find lasting solutions to crime and criminality occasioned by the general failure of the APC-led Federal Government to secure Nigerian borders and stop the influx of bandits and criminal elements, leaders of the All Progressives Party have been gloating over such instances.

“It is a clear signal of the measure of the evil they wish for the state and an obvious demonstration of their unpatriotic conducts.

“Whereas cases of insecurity are widespread across the 36 states of the federation and the FCT Abuja, it is disheartening that only the opposition in Oyo State, including Chief Lanlehin, has been known to attempt to grab the headlines in celebration.”

Adisa, however, urged the residents of the state not to ‘yield to the false alarm being created by opposition elements’, adding that the security measures put in place by the state government were yielding results.