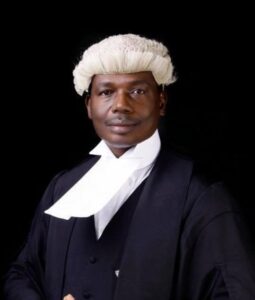 A Senior Advocate of Nigeria, Mr Ebun-Olu Adegboruwa, has warned that there will be a constitutional crisis in the country if the Inspector General of Police, Abubakar Adamu, stayed in office beyond 12 midnight of February 1.

In an exclusive interview with the news team, Adegboruwa explained that Adamu seizes to be a member of the Nigeria Police Force from 12 midnight.

According to him, the failure of the President, Major General Muhammadu Buhari (retd.), to either extend the tenure of the IGP or name a replacement has several legal consequences.

“By midnight of February 1, 2021, Mr. Adamu seizes to be a member of the Nigerian police force. Having attained the mandatory year of service within the force. So, if he is no longer a member of the NPF, he cannot be a leader of the force.

The the news team had reported that Adamu is expected to leave the office on Monday (today), having reached the mandatory retirement age, but the silence from the Presidency and failure of the council to meet are giving confusing signals.

Our correspondent had earlier reported moves by Adamu to secure tenure extension to enable him to complete the ongoing reforms in the police.

The silence from the Presidency and the inability of the police council to meet and appoint Adamu’s successor is strengthening rumours that the President may have approved additional months in office for him.

Buhari had granted the privilege to the immediate past Commandant-General of the Nigeria Security and Civil Defence Corps, Muhammadu Gana, the service chiefs who overstayed in office by five years and the Comptroller-General of Immigration, Muhammad Babandede.

The lawyer added, “His retirement from the force also dis-entitles him to claim the rank of IGP. This is because you can only be the IGP if you are a member of the NPF. So, as long as there is no decision taken by the security council in respect of likely extension of tenure, I believe that as we speak now, the man should be on his way out of office.

“I don’t see how he can continue in office beyond one hour after midnight of today. If that happens, they will have several legal consequences. How does he preside over other legitimate functions when he is no longer in service. Whatever action he takes becomes illegal in the eye of the law.