Prime Minister to tell UN General Assembly: I will lead a new Britain for a new era

In UN address the PM will call on democracies to harness the power of cooperation seen since Putin’s invasion of Ukraine to constrain authoritarianism. 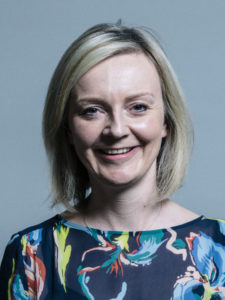 PM will argue the free world must prioritise economic growth and security – including ending dependency on authoritarians – to win the new era of strategic competition.

UN speech will also stress the need to properly invest in our physical security and will recommit to spending 3% of UK GDP on defence by 2030.

Prime Minister Liz Truss will use a speech in New York today (Wednesday) to warn fellow democratic leaders against any complacency when it comes to defending our values and preserving a world order that rewards freedom.

At the first ever session of the UN General Assembly held in the shadow of a large-scale war of aggression in Europe, the Prime Minister will highlight the threat from authoritarian states working to undermine security and stability around the world.

She will outline her vision for this new, more competitive era, which will require likeminded democracies to fight to defend our ideals. This fight begins with ensuring the UK and its partners have the strong economic foundations they need to constrain authoritarianism.

The Prime Minister will outline her plans to build a British economy which attracts growth by rewarding innovation, championing investment and enterprise, and welcoming the best talent around the world.

She will also set out the steps the Government is taking to ensure the British economy is free from malign interference. This includes increasing our energy independence and safeguarding the security of our supply chains.

In her speech, the Prime Minister is expected to say:

…We want people to keep more of the money they earn, because we believe that freedom trumps instruction…

…We are reforming our economy to get Britain moving forward once again. The free world needs this economic strength and resilience to push back against authoritarian aggression and win this new era of strategic competition…

…We will no longer be strategically dependent on those who seek to weaponise the global economy.

As the UK boosts the dynamism and resilience of our own economy, the Prime Minister will also make the case for democracies working together to protect one another’s economic security.

The strength of democratic economies, rooted as they are in the aspirations of their people, is a clear counterpoint to autocratic states, which sow the seeds of their own demise by stifling aspiration and creativity.

The Prime Minister will make the case for harnessing that strength and denying authoritarian states the opportunity to manipulate the global economy.

She will tell the UN General Assembly that the G7 and other likeminded partners must act as an economic NATO, collectively defending our prosperity and coming to the aid of any partner targeted by an aggressive regime.

This economic security goes hand in hand with physical security. The Prime Minister will therefore reiterate her commitment to protecting the UK and our allies, including by increasing defence spending to 3% of UK GDP on defence by 2030.

The Prime Minister is expected to say:

Just as we are building a plan for growth at home, we are also developing a new blueprint for our engagement with the world.

We will build resilience and collective security – because they are vital for freedom and democracy. We will be a reliable, trustworthy and dynamic partner.

To ensure the UK’s diplomatic, military and security architecture is keeping pace with evolving threat posed by hostile nations, the Prime Minister has commissioned an update to the Integrated Review.

The UK’s Integrated Review of security, defence, development and foreign policy was published in March 2021 – before Putin’s full-scale invasion of Ukraine created the greatest security challenge ever experienced by NATO.

Professor John Bew, the Prime Minister’s special adviser for foreign affairs and defence, will lead a Downing Street process to update the review.

The refreshed strategy will ensure we are investing in the strategic capabilities and alliances we need to stand firm against coercion from authoritarian powers like Russia and China. The update is expected to be published by the end of this year.

By properly investing in defence, the Prime Minister will ensure that the UK maintains our position as the leading security actor in Europe, so that we are ready to stand up for peace, prosperity and freedom across the world – just as we have done in Ukraine.

The Prime Minister will highlight these efforts in her speech. She will pay tribute to the bravery and determination of the Ukrainian people, and commit to continue standing up for human rights and democracy around the world.

The Prime Minister is expected to say:

The story of 2022 could have been that of an authoritarian state rolling its tanks over the border of a peaceful neighbour and subjugating its people.

Instead, it is the story of freedom fighting back… But this must not be a one off….

…Britain’s commitment to this is total.

Together with our friends and allies around the world, we will continue to champion freedom, sovereign and democracy.

And we will define this new era as one of hope and progress.

LAGOS’ TRANSFORMATION JOURNEY WILL NOT BE COMPLETED WITHOUT WOMEN – SANWO-OLU