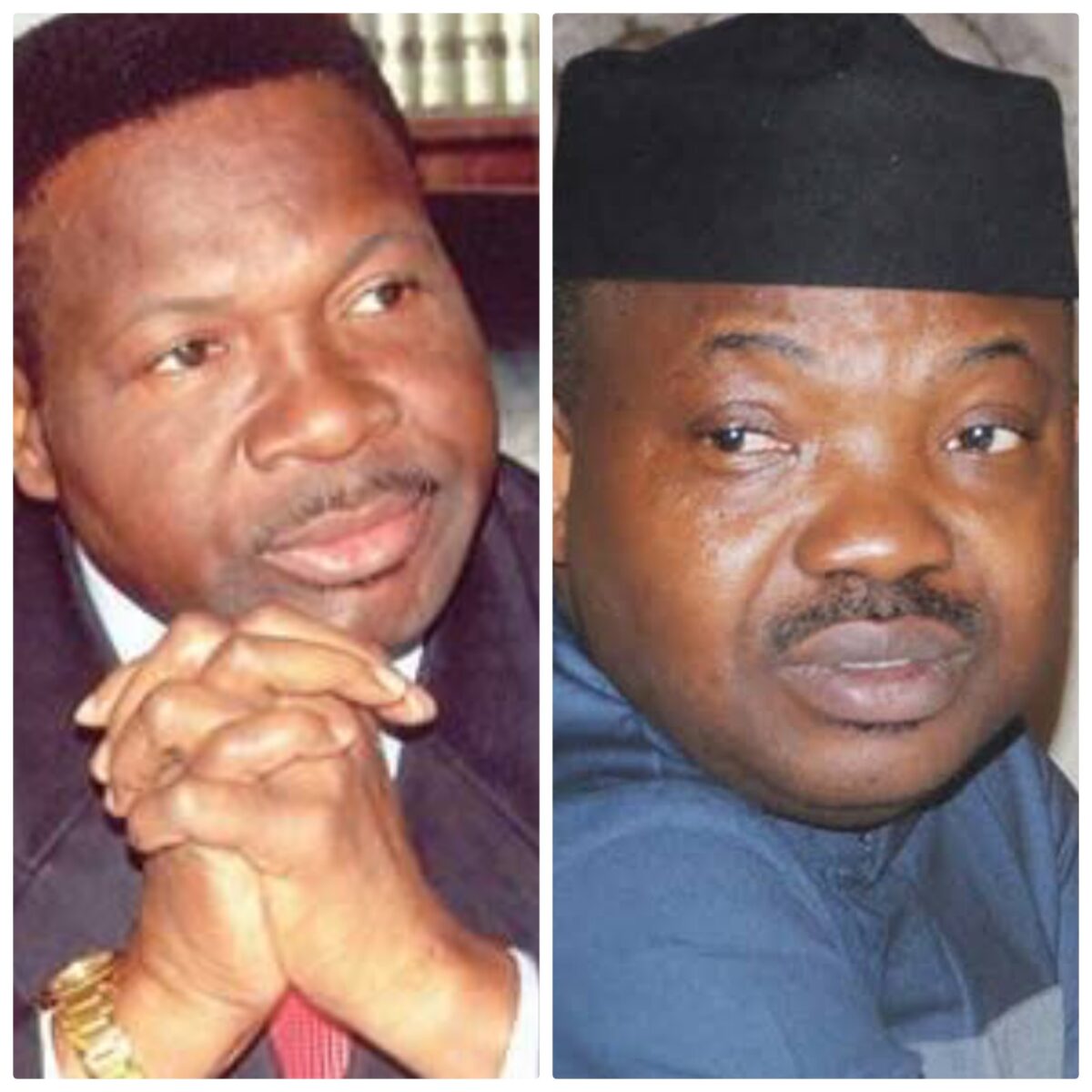 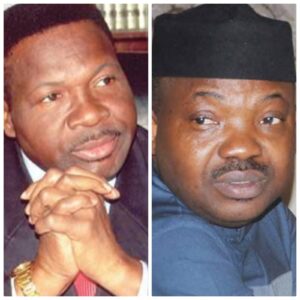 In a tribute he wrote titled ” YINKA ODUMAKIN- THE IRREPRESSIBLE WARRIOR GOES HOME” chief Ozekhome painted a vivid picture of the kind of cordial relationship he shares with the late activities and his widow Dr Joe Okei Odumakin.

While expressing his shock at the sad development, Chief Ozekhome said ” When I saw a posting concerning Comrade Yinka Odumakin’s death, I thought the poster was still carrying out the pranks of “April Fool’s Day”. So, I told him to back off as April Fool’s day normally stops at 12 midnight on 1st April of every year. Out of sheer curiosity, and to fulfill all righteousness I however, I called one of our soulmates in the human rights and pro-democracy world, Dr Joe Okei Odumakin, who has been a life-long Yinka’s wife and heartthrob. I wanted to hear her deny the story and say it was false and fake. I yearned for her to burst out laughing with her accustomed baritone guffaw, saying Yinka was alive, hale and hearty. I just desired her to say it was a mere rumour, a “tale told by an idiot, full of sound and fury, signifying nothing”.

” But, alas! She confirmed Yinka’s passage, giving me eerie graphic details. I have not found my clarity of thought since then. I am devastated by Yinka’s untimely death. Yinka spoke to me only last month. Yes, you guessed right! About the struggle, of course. The need not to tire or give up. The need to fight on like Trojans. We spoke about the pending South-West, Middle Belt and South-East case, which was instituted against President Muhammadu Buhari and his government over the nepotic, cronystic, lopsided, sectional and prebendalistic appointments he has so far made, to the consternation and marginalization of other sections of the country.”

Narrating some of the unique qualities and the antecedents of the late Activist who was reported to have died of covid -19 related complications, Chief Ozekhome added ” And this gadfly and searing pain in successive government’s flesh has gone? Just like that? This pear? This gem of a pan-Nigerian? This Yoruba Nationality Crusader for self-identity and self-determination? This shinny and incandescent example of a genuine Comrade and unflagging struggler, who, in his lifetime, inspired a whole new generation of rights crusaders? This bold, fearless, courageous wordsmith, whose pen was mightier than the sword? Good God! Our loss is heavens’ profit. Our pain is paradise’s gain. Odumakin championed the people’s cause. He fought on behalf of the voiceless and the beleaguered. He was not materially rich. But, he was a trillionaire in integrity, honour and dignity. His legacies are trailers-load. Yinka was not just an Activist per Excellence; he was an uncommon public Affairs analyst, social critic, politician and political strategist, who shot from all cylinders on matters of National interest. He was fecund cerebral. He walked the talk. He fought wars and battles. He won most. Odumakin, with his accustomed “Awo Cap” ever perched on his head, spoke truth to authority. He challenged power and impunity. He left no stone unturned and no turn unstoned in his desire for a better Nigeria. A Nigeria imbued with mutual respect, Ethnic Nationalities’ self-determination; inter-religious harmony, egalitarianism and social justice. This gladiator may have lost this war of mortality to Covid-19 complications, at LASUTH, Lagos. But, he won the greater war of immortality. Because Yinka has conquered death. He scorned death; laughed at it derisively in the early hours of Holy Saturday when he transited. So, death, where is thy sting? Yinka was gentle as a person. As gentle as a lamb. But, he was a lion and tiger combined together, in wars against injustice, oppression and repression.”

“Don’t bother to kick and fight from the grave, as I know you would readily want to. Just rest, rest and rest in perfect peace, till we meet on resurrection day. Then, we will part no more. For those of us strugglers you left behind, including your irrepressible wife of an Activist and Comrade, Dr Joe Okei Odumakin, we would continue the battle. It is Goodbye no retreat, no surrender. Aluta continua, victoria acerta. Good bye, Yinka. Fare thee well, compatriot.” Ozekhome wrote.