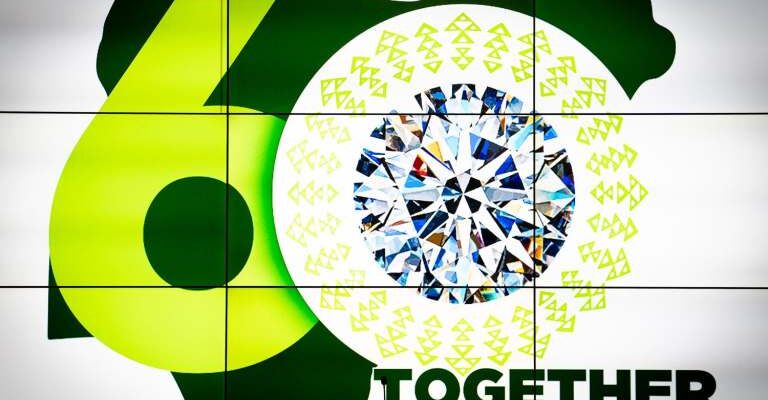 So it is that we are now miserably confused and bewildered. Tears cry to heaven. Eyes look up to heaven. Heaven looks the other way, except for occasional rains. Each day death strikes with insane violence, sometimes masqueraded as a religious obligation to cut off infidels, kill the enemies, throw the land into war, and end the peace of fifty years, women crying because they are raped with impunity. But the daggers cut off believers too and hope to ravish dozens of virgins in the afterworld. What folly? What twisted redolence? Mammon of unrighteousness drives this lust for blood. Blood of the other. Fellow human beings, God’s own children. Feet on the ground, hearts dragged to earth in sobriety and the cacophony of raging voices along the passageway- we have entered the valley which was long predicted. Bewildered because the road that has imposed itself on us is not what we chose, not the one we envisioned when we thronged to the arena to kick out the monster that was that government.

Did we not choose it? Did we not choose this road in a massive conspiracy of sexed-up stories just as the allied powers ravaged the beauty off Iraq over a lie?Did we not queue up behind a fantasy and hoped that a messiah, the political messiah had come and out of the ashes of the prurient a fresh life world be born? When we thought that the votes were rigged, especially the massive onslaught of voters’ cards from the north, did we not say ‘the end justifies the means’? Did we not justify the travesty? Did we not decide to believe a lie in order the arrive at the door of truth? How foolish we were to believe that a lie could birth to truth? How could we have thought that a snake would give birth to a wall-gecko?

It is not a life to be lived. It is not a story to pass on, this weather-beaten jacket thrown over our weary body, this garish display of the gory and love for the extermination of fellow human beings. Lamentations have become the House of Nigeria. Lamentations have become the people. Lamentations have become the government of the day. As it is with the governed, so it is with the governors. But lamentations are a small sacrifice to make, a small price to pay for the restoration of things. Nobody builds the physical on lamentations, lamentations over milk that is spilled, and the pot broken. Whose mouth shall we use to tell the story? Whose tongue?‘DzogbezeLisa has treated me thus/ It has led me among the sharps of the forest/ Returning is not possible/ And going forward is a great difficulty’, so lamented Kofi Awoonor the sad poet. And the poetic Chinua Achebe once cautioned us, saying that we ‘must not enter our house through another man’s door!

Where is the door if we have no house to enter as murderous herdsmen ravage the land to drink blood and get green grass for cattle? Strangers from another land have claimed our land, devouring our heritage, claiming that our land belongs to them. They rape our wives and kill our sons and fathers. Awoonor cries night and day, telling us ‘And Kpeti’s great household is no more/Only the broken fence stands/And those who dared not look in his face/have come out as men!  Ojukwu where are you? Ojukwu with the long bushy beard and a forehead of defiance, eyes of penetration, Ojukwu who was involved because he was involved and did not take the easy road after the pogrom! Fifty years after we are at the crossroads again. The nation has not forgiven the war. And all the other brothers ganged up to sell Jospeh into slavery. Why did the others not see what you saw and fought for thirty long months of blood and toil? Awolowo! Iku took you away. O! iku! There are no more men like you, baba, to defend the children of Oduduwa. Those who are left in the arena dine with their oppressors for crumbs of power and spit false words from both sides of their smelly mouth. But if by design or default you, Baba, took the path of Ojukwu, on the other side of the road, would we now be trampled upon by angry thin cows while their owners drink our oil and keep the gold of Zamfara?

The Queen goes to Dubai to polish her face and clear her skin and see a doctor. But when we are ill, we are forced to go to hospitals where doctors are on strike! And when Taban Lo Liyong the Ugandan/Sudanese poet says:‘When I hit my right foot against a stone/it portends bad news ahead/So it happened as I walked to work’, I believe him. But these days, the right foot or the left foot have no say in the matter of life. Fear is a daily companion. Worry is kith and kin to all in the land. Even the security men are victims of fear. Their guns do not have the firing power of the roaming scoundrels. Disaster stares people in the face even in their homesteads. Right foot brings bad news just like left foot. We have no teeth in our mouth. We gnash our infant gums and wait for heaven to send down the rain!It is not a story to pass on!

And some of the young ones take to YahooYahoo; some take to yahoo+ which is the more advanced form of cybercrime that takes lives! They say it is the way to new wealth and that we should all shut up because they have no access to state wealth like the politicians and they are free to use the laptop or the smart phone to do smart things and be happy ever after. Mothers buy their children gadgets to enter the world of cybercrime! What a world? What has become of the old ways? How this will end, we are no prophets to tell!

It is not a story to pass on, this. No, not a story to pass on. So, Toni Morrison tells us in Beloved, because some stories are too shameful to be told to the children of the future, though they remain the closet until the wind blows and the anal cavity of the hen is exposed. So, we know about a man who comes to beg you to allow him to serve your god; we do not know the story behind the story. Taban Lo Liyong says ‘And the crow and the vulture/Hover always above our broken fences/And strangers walk over our portion! 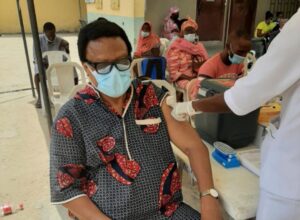 Prof. Having his vaccine

Professor Eghagha can be reached on heghagha@yahoo.com and 08023220393