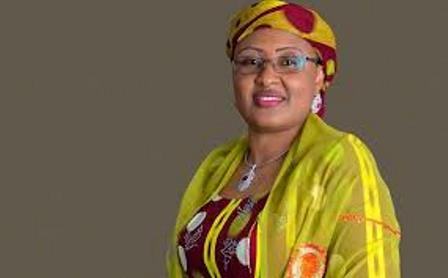 Calls for Ban of First Lady from Human Rights Programmes 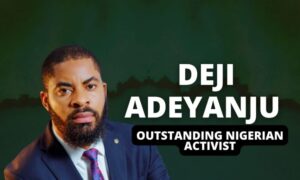 Activist & Convener of Concerned Nigerians, Mr. Deji Adeyanju has vehemently condemned the unlawful arrest and torture of a student by Security Agencies at the instance of Nigeria’s First Lady, Mrs Aisha Buhari, describing the conduct as debasing and unconstitutional.

In recent times, the media has been awashed over the arrest, detention and ‘supervised’ torture by Nigeria’s First Lady of a student of Federal University, Dutse, Aminu Adamu Muhammed on 8th November, 2022 over a scathing Twitter comment he made about the wife of the President, Mrs. Aisha Buhari. 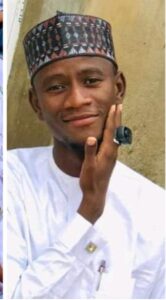 Muhammed had twitted in Hausa saying “Su mama anchi kudin talkawa ankoshi”, meaning “Mama has eaten poor people’s money and is now full”, followed by an attached picture of the First Lady. As a result, the student was handpicked by security agencies and allegedly taken to Aso Rock only to be treated in a debasing and inhumane manner through torture. However, while it is acknowledged that Mohammed’s post only speaks to facts because of available statistics.

Thus, the conduct of the First Lady and the detailed security agencies is bereft of sound judgment, oppressive and unconstitutional.

First off, for such arrest and torture of the student to have been triggered through the First Lady is demeaning to the office of the President and does not portray the entire country in a good light to the entire world, in terms of respect for citizens fundamental freedoms protected under the country’s Constitution.

In the world over, it has been accepted that torture constitutes a serious matter of concern that threatens the life and dignity of human persons. This accounts for the emergence of the Convention Against Torture, 1984 amongst other human rights instruments. Besides, Nigeria operates a constitutional democracy where Government and individuals are subject to Law and must be respecters of Rule of Law, with replete of Laws targeted at human rights guarantees.

On this wicket, Section 34(1)(a) of the 1999 Constitution provides that “Every individual is entitled to respect for the dignity of his person, and accordingly

“no person shall be subject to torture or to inhuman or degrading treatment”. The African Charter on Human and Peoples Right (Ratification & Enforcement) Act also provides for a similar framework.

To demonstrate the premium position that human dignity should occupy in civilized climes, in the case of Iheme v. Chief of Defence Staff & Ors(2018) LPELR-45354(CA), the Court had emphatically stressed that:

“The purport of Section 34 (1) (a) of the Constitution is that no one should be inflicted with intense pain on his body or mind nor subjected to physical or mental cruelty so severe tat it endangers nis life or health. Anything amounting to brutalization is synonymous o torture or inhuman treatment and is actionable under the claim for Fundamental Human Rights as provided for by the 1999 Constitution of the Federal Republic of Nigeria (as amended).”

More importantly, in Nigeria, irrespective of the malfeasance committed by a citizen, no justification exists for such person to be tortured either through a State apparatus or otherwise. This is the import of Section 3(1) of the Anti-Torture Act, 2017 which provides that there shall be “No exceptional circumstances whatsoever, whether a state of war or a threat of war. internal political instability or any other public emergency, may be invoked as a justification for torture.”

Consequently, if Laws such as the above remain operative in Nigeria, there is no basis for Mohammed to be arrested and treated in a debasing manner without taking him through appropriate legal process. Furthermore, the conduct of the First Lady by allegedly sponsoring the arrest and torture of the student fundamentally erodes the Rule of Law principles for resort to appropriate legal action in the event that an individual perceives her right to be allegedly violated.

It is noted with concern that in a country with a judicial process, the First Lady resorted to self-help and could not utilize the instrumentality of the Law to seek redress if she feels defamed by Mohammed’s post, other than using State Apparatus — Law Enforcement Agencies to victimize citizens. This is to say the least, unlawful and unconstitutional as it portrays the country in undemocratic light. Besides, no one is above the Law. In the evergreen words of Lord Denning in Gourient v. Union of Post Office Workers (1978) AC 435, he said “to every subject in this land, no matter how powerful. . . Be you never so high, the Law is above you”.

Accordingly, the international community is called to ban Mrs Aisha Buhari from either attending or speaking at Human Rights events in demonstration of their condemnation against the First Lady’s conduct. In this regard, all the Security officials involved in this dastardly act should also be made to face the full wrath of the Law.