The weekly statistics from NHS Test and Trace (13 – 19 August) show that the service has consistently reached the vast majority of those testing positive and their contacts in three months of operation.

Where contact details are shared, contact tracers have reached 88.3% of contacts identified by those testing positive since the launch of NHS Test and Trace.

Demand for testing across the country continues to grow. Since mid-June the number of people getting newly tested has increased by 57% with over 440,000 people newly tested in the latest week of statistics.

In response the largest network of diagnostic testing facilities in British history, built from scratch, continues to grow. This includes expanding testing sites and investing in new technologies to have a 500,000 per day capacity by the end of October.

Ongoing work means that more tests are being made available each day, with testing capacity allocated based on areas of greatest need and prevalence of the virus. 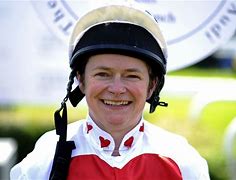 “This week marks a milestone for NHS Test and Trace, which has now been in operation for more than three months.

“The statistics published today show that every week we consistently reach the majority of people testing positive and their contacts, and have now reached almost 300,000 people who may have unknowingly passed the virus on.

“This country now has the capacity to test for coronavirus and trace contacts on an unprecedented scale to stop the spread of the virus.

“We will continue to build the service further to reach more and more people and to scale up our testing capacity by expanding our network of testing sites and investing in new technologies.

“I urge everyone to use NHS Test and Trace to help everyone get back to a more normal way of life. If you have symptoms, book a test immediately, and if you are contacted by the service, follow the advice you receive.”

Statistics from the twelfth week of operation of NHS Test and Trace (13 – 19 August) show that since the service launched: