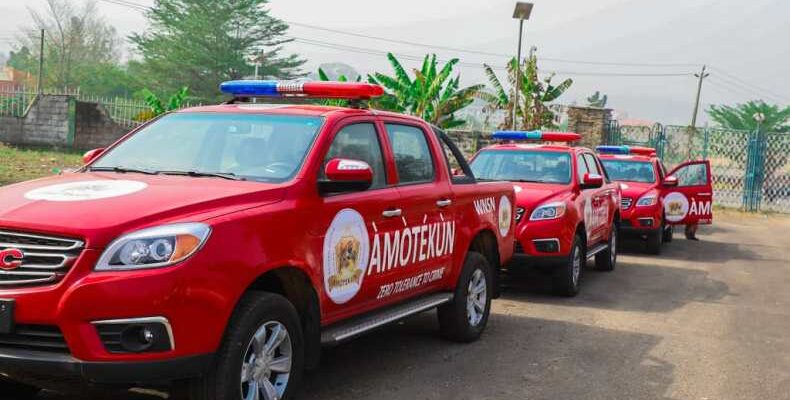 Oyo State governor, Engineer Seyi Makinde, has declared that security of lives and properties in the state remains extremely important to his government.
The governor stated this while addressing chairpersons of the 68 Local Government and Local Council Development Council Areas in the state, at a meeting held inside the House of Chiefs, Secretariat Ibadan.
He stated that the Oyo State Security Network codenamed Operation Amotekun has come to stay in the state, adding that the outfit will not be under the control of the federal establishments but the state, as according to him, it is impossible to achieve any meaningful development in an atmosphere of insecurity.
“We want our people to sleep with their two eyes closed. Of course, security is one of the pillars of this administration and we must do everything possible to invest in the security of lives and property. In Okeho the other day, armed robbers went to rob and the community rose against them and apprehended them. They combed the forests and they got them.
“This is why I will continue to say it and I am saying it for the whole world to hear; Amotekun is here to stay with us. And it will not be under the control of the federal establishment. It will be under our control. Security of our people is extremely important, because nothing can take place, as far as we are concerned, in an atmosphere of insecurity,” he said.
A statement by the Chief Press Secretary to the governor, Mr. Taiwo Adisa, also indicated that the governor gave marching orders to the caretaker committee chairmen to immediately go back to their domains to set up Security Committees with a view to tackling the security challenges in their localities.
He maintained that the state government would provide all enablements for them to succeed in the task.
The governor said: “From where we are here, the biggest challenge we have seen so far is in the area of security.
“We are getting close to the ’ember’ months, a period in which some people who have not worked all year and want to have a Merry Christmas, commit all sorts of crimes. So, we expect that there will be a spike in criminal activities. I want to, as a matter of urgency, urge you that you all go back to your areas to set up your Security Committees. It must be done almost immediately. And I will be happy to release funds; to give approval for you to spend some money on security within your domains.
“Oyo State is very large; in terms of land size, we are more than all the states of South-East Nigeria put together. So, we have a lot to do to protect the state. We have international borders, so there is smuggling taking place. They killed a Customs Official in Saki a few weeks ago; those things are not acceptable to us.
“As the government that is the closest to the people, you have to take control of the challenges of insecurity in your various domains and you should please, once those committees are set up, any enabler that you need, let us know. We will work with the Commissioner for Local Government and Chieftaincy Matters, to make sure those enablers are provided.”
Governor Makinde used the occasion to commend some of the local government chairpersons, whom he noted had been doing their best despite limited resources, while urging everyone of them to sit up and link up with the party men and women as well as residents of their localities ahead of plans for local government election, which he said will be made public once the House of Assembly screens and clears the nominees for the Oyo State Independent Electoral Commission (OYSIEC).

The governor also hinted that the state government will set up an evaluation committee to vet the performances of the local government chairmen as well as the challenges they are facing, stating that his administration remains determined to give the state true democracy and to meet the yearning and aspirations of the people.
He said: “Also, our party, PDP, we are supposed to be solid at the local level and some of you are lagging behind. Some, the party leaders told me, are doing well; you are linking up with the party and encouraging them to put up activities for the party. I want to say if the party is doing well at the state level, it starts from the local government level, so you will have to do more.
“I remember in 2019, when we were running for the office, we didn’t have anyone at the local level while the APC had the so-called ALGON, but they are ALL-GONE, because they are gone now. But they were rejected even up to the local level, because they were not performing. Let us even say they were not performing at the state level, if at the local levels, they were able to level up with our people, perhaps things would have been a little different for them.
“We don’t want our situation to be like theirs. But we want to reach out to our people and ensure that the welfare of our people at the local level becomes top priority for us.
“Yesterday, I sent the names of our nominees to be screened and cleared for OYSIEC and you all know the meaning of that, OYSIEC are the ones to conduct local government election. So, as soon as they are cleared and we swear them in, I am sure they will swing into action and they will let us know their plans.
“So, watch out, because things will happen and they will happen rapidly. Our people want to elect their leaders, because they want them to be accountable to them. You know that it is not just chairmen and chairpersons that will be elected, each ward will have a representative. We want real and true democracy at the local government level in Oyo State. So, you should all be prepared for that.” 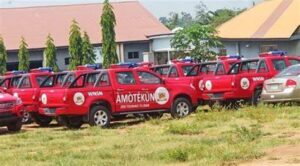 The governor further charged the local government chairpersons to take responsibility for government assets in their domains, noting that it has become imperative to move away from the mentality that public assets are no one’s property.
Earlier, the Commissioner for Local Government and Chieftaincy Matter, Chief Bayo Lawal, charged the local government chairmen to be good ambassadors in their local governments.
He said that the Makinde-led administration would not tolerate any failure from the chairpersons, urging them to emulate the state government by making sure that the dividends of democracy get to the people at the grassroots.
The meeting was attended by top government functionaries including the Deputy Governor, Engr. Rauf Olaniyan; chairman, State Advisory Committee, Senator Hosea Agboola; the Deputy Chief of Staff, Mr. Olawale Mogbonjubola, the Commissioner for Local Government, Chief Lawal and the Special Adviser on Strategy and Political Affairs, Hon. Babatunde Oduyoye, among others.