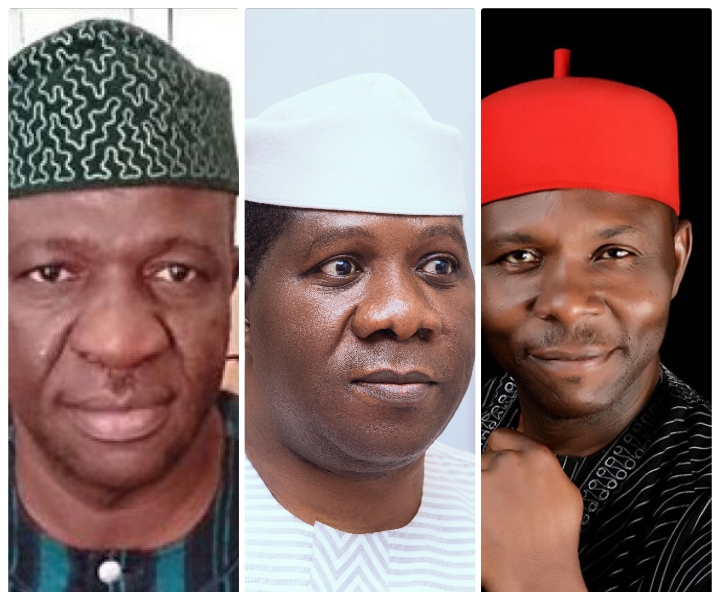 * Urging them to work with The National Assembly for Optimal Results.

As security challenges continue to hit hard on the country and subjecting many to kidnapping and killing, the Southern Senators Forum (SSF), has commended Governors from the region for outrightly taking a firm position on burning national issues, including  banning open grazing of cattle.

The Senators submitted that such deft and unanimous policy would help in reining in those hiding under cattle grazing to unleash terror of kidnapping and killing on the residents of the region.

Southern Governors  Forum (SGF), had at its meeting held in Asaba, Delta State Capital, on Tuesday, unanimously passed a verdict prohibiting open grazing in the region to checkmate herders-farmers clashes and senseless kidnapping as well as  killings of Nigerian citizens of southern extraction.

A statement jointly signed by the SSF Chairman, Secretary General and Publicity Secretary, Senators Opeyemi Bamidele (Ekiti), Mathew Uroghide (Edo) and Chukwuka Utazi (Enugu), respectively and made available to journalists in Abuja and Ado Ekiti, on Wednesday, appaluded the step taken by the Governors, saying it would serve as a buffer to  wanton destruction of farmlands, kidnappings  and carnages .

The Senators lamented how the Southern farmers were losing Hundreds of millions of Naira to plundering of food crops through encroachments on farmlands and exposing the region to famine and acute food scarcity .

They said: “At this critical  point of our national life when the economy was being bedeviled by galloping inflation, youth unemployment and insecurity, food security is very crucial to mitigate the effects of these diverse evils on the citizens.

“Available records have shown that attaining food security status would remain a mirage in the south owing to ravaging effect of outdated livestock grazing policy being unleashed on farmlands by some unscrupulous herders.

“Most appalling were the seemingly unabated  kidnapping , raping and killing of our people by suspected herdsmen, who have become bandits heating up the system.

“With this uniform resolve by our Governors to initiate no-open grazing policy, the region will return to its peaceful and agriculturally self -sufficient status  it had assumed even long before Nigeria’s amalgamation in 1914”.

Bamidele, Uroghide and Utazi saluted the Governors for ruminating on the expediency and the need for speedy restructuring of the highly lopsided Nigerian nation, saying this will also help to remove the venom that had permeated the land on account of alleged neglect of certain  sections of the country.

The SSF leaders stated that ushering of  equality , equity and justice in the way the country is being run will wipe out ethnic tension , restore  peace and stability and ward off agitations for secession that are now gaining tractions across the land.

Finally, the Southern Senators Forum encouraged the Governors to swiftly follow up on their resolutions by immediately approaching the leadership of the National Assembly with a view to working  with the two arms of the parliament to ensure that their well articulated positions on the state of the nation, especially as relate to restructuring, State policing and the jettisoning of archaic traditional grazing methods, which fall short of global best practice standard and a potential threat to our national cohesion and peace, are thoroughly and decisively addressed through the ongoing constitutional review exercise.

INSECURITY: SOUTHERN GOVERNORS URGE BUHARI TO ADDRESS THE NATION, DEMAND FOR STATE POLICE.
Previous Post
This gruesome crime and intended blackmails has nothing to do with us – Ex First Family