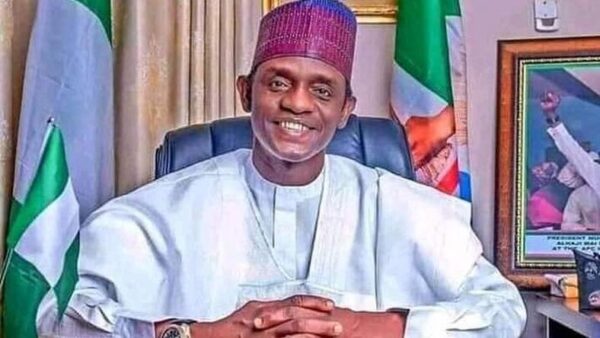 Gov Buni flags off campaings as he declared state of emergency

APC National Chairman, National Caretaker Committee, and the Governor of Yobe State, Hon. Mai Mala Buni has flagged off officially the campaigns for the forthcoming Local Government Councils elections in the state. 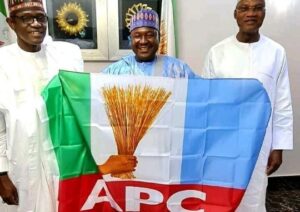 Yobe is a state located in northeastern part of Nigeria. A mainly agricultural state, it was created on August 27, 1991. Yobe State was carved out of Borno State. The capital of Yobe State is Damaturu; its largest city is Potiskum.

This was made possible when the governor presented to the 17 LG Chairmanship candidates of the APC ruling party flags in Damaturu. As the national leader of the party he advised and called on them to work closely with the elders and well as liaise with all stakeholders for a hitch free and peaceful electioneering campaigns.

The Governor congratulated the party elders and leaders for the successful selection of all the candidates for the said election commenting that it was done on merits and capabilities.

The elections are expected on the 27th February, 2021.

Earlier the Governor had declared educational state of emergency.

This was made and communicated when the board members of the Tertiary Education Trust Fund (TETFund) paid him a visit in Damaturu, the state capital on Friday. The Governor said the state’s education sector was severely affected due to decade long insurgency in the area especially by Boko Haram that sees Western education as forbidden. He called on the visiting board to increase the TETFund interventions for tertiary institutions in Yobe state.

“Just imagine a child that was three years old when the insurgency started will now be 13 years old. For such child to miss school is indeed disturbing. This is one of the reasons we declared state of emergency on the education sector,” Gov. Buni.

“We appreciate what TETFund has been doing in Yobe State, but like Oliver Twist we are asking for more. Institutions like the state polytechnic Geidam, was almost destroyed by insurgents. But we are doing our best and currently we are rebuilding the institution. ” the Governor added

Responding, Alhaji Kashim Imam, Chairman TETFund Board of Trustees, said the board is expecting intervention fund of about N8 billion and will be used towards the tertiary education institutions in the state such as the Federal Polytechnic Damaturu Yobe State University Damaturu, Federal College of Education Potiskum and Federal University Gashua.

He said: “I am proud of the leadership you and Governor Zulum are providing for our people in these very difficult times.”