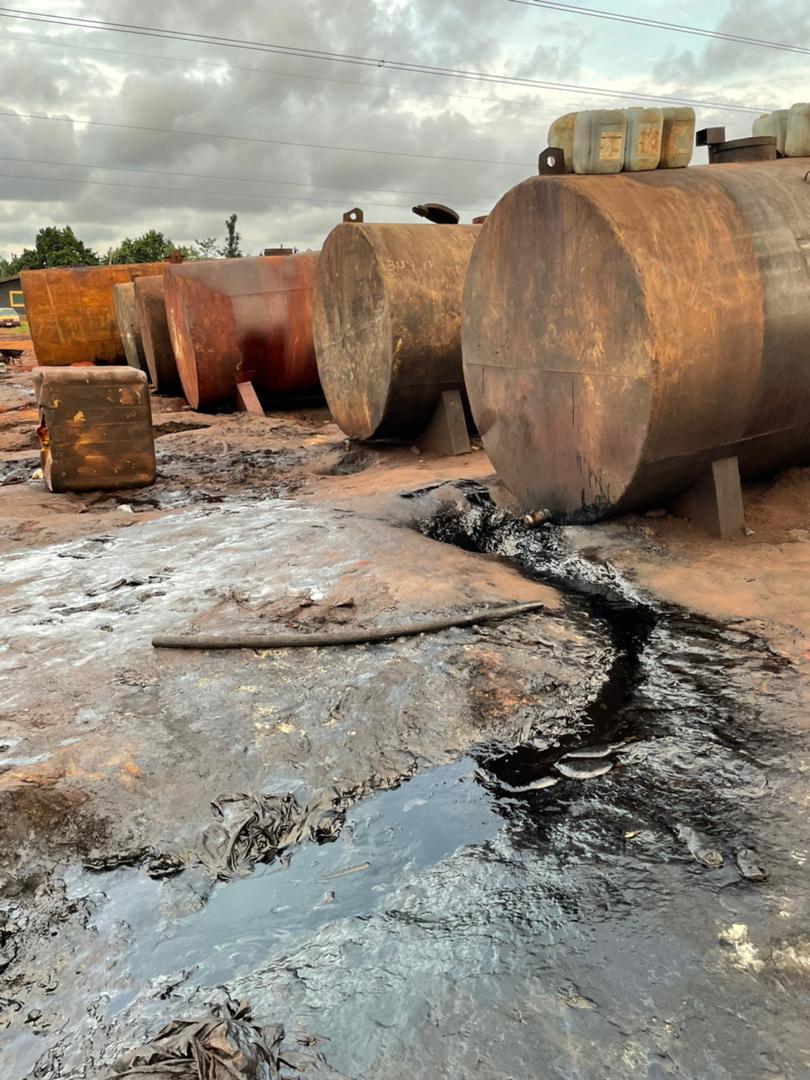 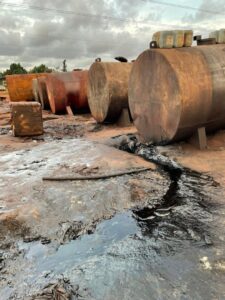 As Nigeria security agencies continue to track and prosecute economic saboteurs around the country, Police operatives attached to the IGP Special Task Force on Petroleum and Illegal Bunkering (IGP-STFPIB) in the late hours of September 7, 2022, successfully busted an illegal petroleum refining operation site in Edo State. 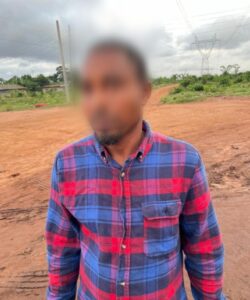 A statement by the Force Public Relations Officer CSP Olumuyiwa Adejobi says Consequent to the raid on the illegal petroleum refining site, three (3) empty DAF Trucks, thirty-one (31) immobile surface tanks – 7 of which were loaded with unspecified quantity of petroleum products, were discovered by the Police. Additionally, two suspects,  one Chinedu Iyanabor aged 18 and Sunday Iyagbesun aged 52, were arrested during the raid. preliminary investigations reveal the site was also used as a dumpsite for petroleum products.

CSP Adejobi added that the Inspector-General of Police has tasked special enforcement units on prevention of activities of economic saboteurs to ensure deployment of necessary manpower and other operational assets to ensure a total clampdown on criminal activities detriment to the economic growth of the nation. The IGP has similarly supervised the strengthening of the Unit with a charge to intensify efforts, in conjunction with local police officers, to sustain police approved operational standards in tackling economic sabotage, crimes and criminality in the country. He equally charged the Assistant Commissioner of Police in charge of the Unit to embark on strict supervision of the Unit in compliance with the directives.

All suspects will be charged to court upon conclusion of investigations.