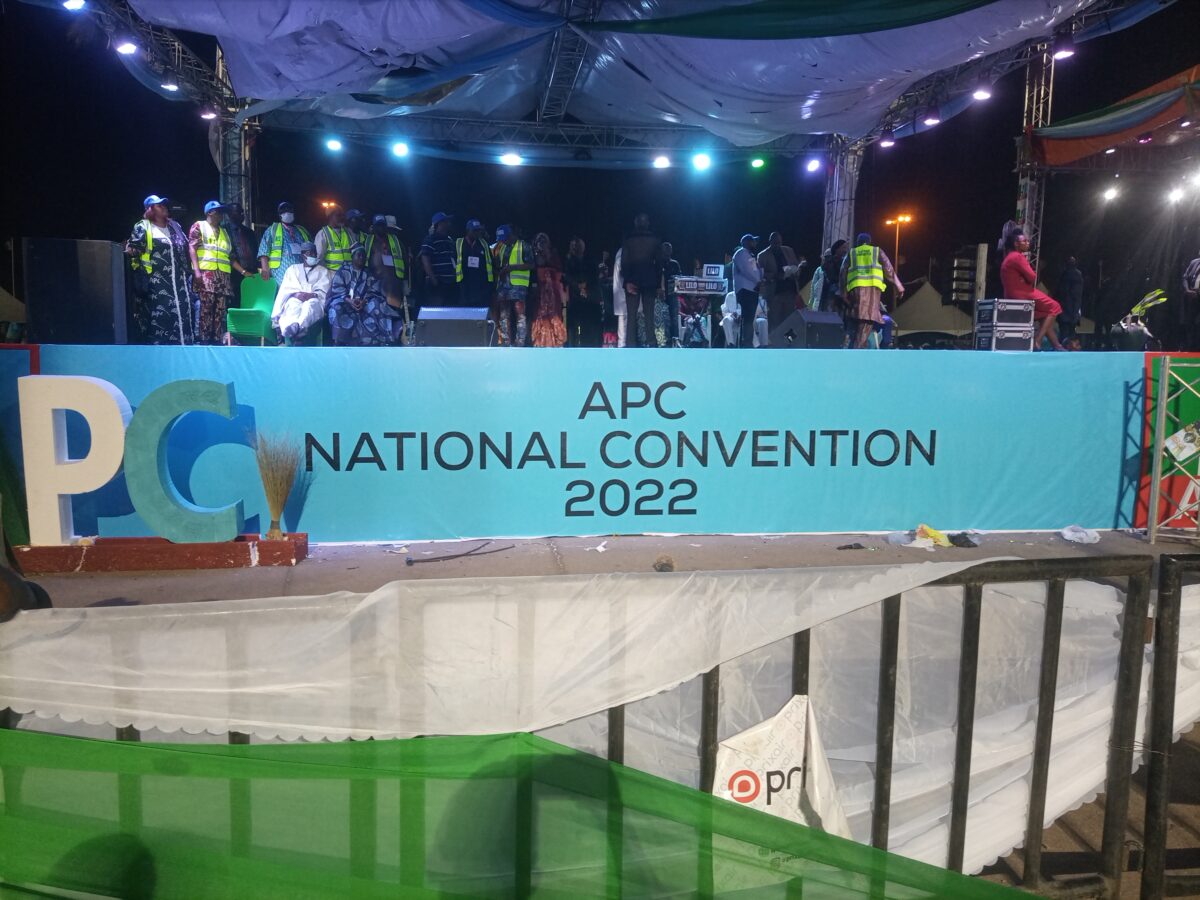 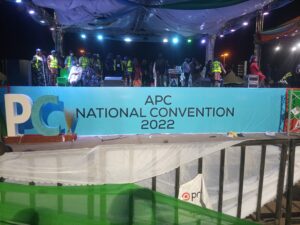 President Muhammadu Buhari Saturday called on members of the All Progressives Congress (APC) to remain united and strong and also support the incoming leadership of the party.

Speaking at the Eagle Square, Abuja, venue of the National Convention of the party, the President said:

“This Convention is coming at a crucial time when we prepare for another round of a general election. Therefore, the need to remain strong and united for the Party to exploit the rich and abundant potentials at its disposal cannot be overemphasized. We appreciate the right to hold different opinions and aspirations, however, such differences must not be to the detriment of the Party.

“l passionately appeal to you all to support the incoming National Working Committee (NWC) to promote unity and avoid sentiments that are capable of causing disaffection and disunity. For those aspiring for party and public offices, your failure to realize such aspirations for Party offices or to fly the Party’s flag, should not be a basis for a campaign of calumny against the party. We should have the spirit of sportsmanship and always support the party to succeed.”

In a statement by the Special Adviser on Media and publicity, President Buhari enjoined the new NWC members to promote internal democracy and equal opportunities and ensure that party primaries are not influenced by “highest bidders” going into the 2023 elections.

He commended the Caretaker/Extraordinary Convention Planning Committee for steering the ship of the party this far including; reconciling aggrieved party members, purchasing a new party secretariat and launching an aggressive membership drive that saw three governors defecting into the APC, among others.

“I want to congratulate us all for being part of this history-making event and to specially appreciate the Caretaker/Extraordinary Convention Planning Committee (CECPC) which has been on a rescue mission under the leadership of His Excellency, Mai Mala Buni, the Yobe State Governor, for successfully piloting the affairs of the Party in the last 18 months and organizing this Convention to elect a new National Working Committee that will take over from the Caretaker Committee.

“It is gratifying that the Party recorded massive and unprecedented defections under the Caretaker Committee administration. APC received three sitting Governors, a Deputy Governor, Senators, Members of the House of Representatives and State Assemblies, and other key officials from opposition parties who defected along with millions of their supporters.

“I am impressed to learn that the membership registration and revalidation exercise undertaken by the Caretaker Committee, has recorded over 41 million members. This has proved that we are indeed Nigeria’s leading and largest political party. It also exhibits our numerical strength and the potential to win elections at all given times fairly and squarely.”

The President who adduced reasons for his recent intervention in the affairs of the party, assured that it was not intended to muzzle dissenting voices.

“Recently, l had cause to intervene in the leadership crisis which was about to cause confusion in the Party. Such internal disputes are common in young democracies such as ours, but we must avoid overheating the polity and not allow our differences to tear and frustrate the Party.

“Like I said earlier, it does not do anybody or the Party any good, when we, as leaders, go down so low and resort to backstabbing and name-calling in the media.

“We should learn how to resolve our differences without jeopardizing our personal relationships and the fate of the Party. I want to thank the Progressives Governors’ Forum for heeding to my advice and suggestions in settling the leadership dispute,” the President said.

President Buhari called on all politicians and the electorate to abide by the new Electoral Act “ to promote the process of election, enhance transparency, fill in existing gaps and add value to Nigeria’s democracy for our democracy to thrive.”