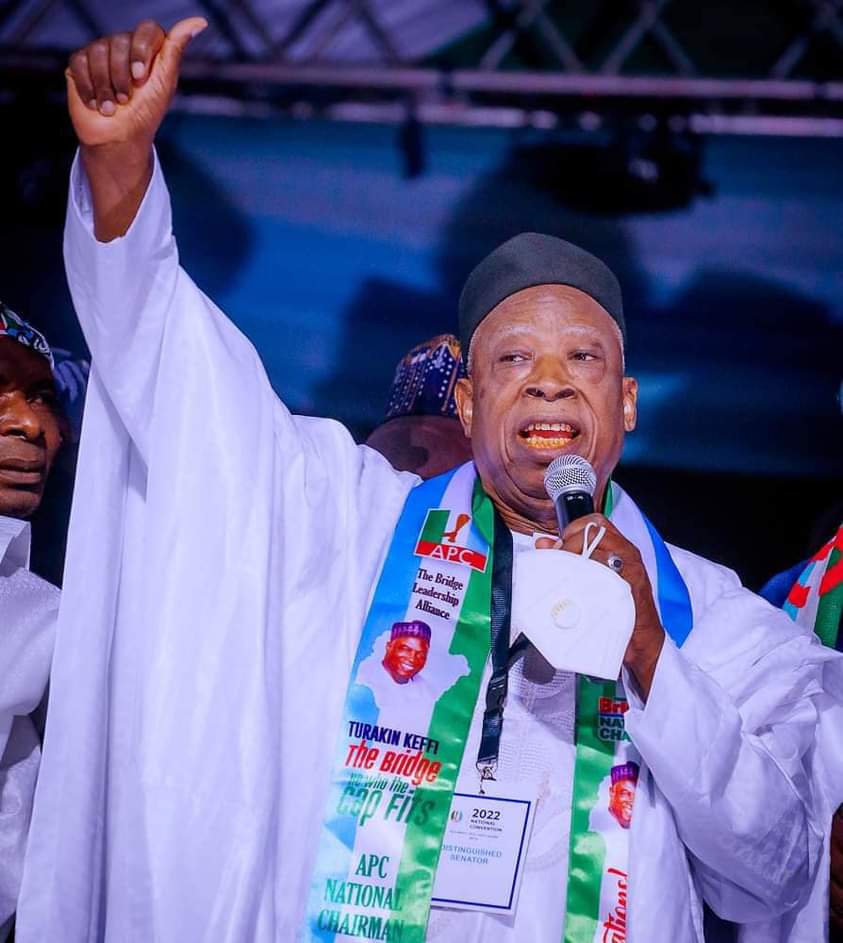 Senator Abdullahi Adamu has emerged as the national chairman of the All Progressives Congress (APC), about a year and nine months after the Adams Oshiomhole led National Working Committee (NWC) was dissolved.

He was returned unopposed on Saturday at the party’s national convention held at the Eagle Square in Abuja, the nation’s capital.

Adamu, a three terms serving member of the Senate representing Nasarawa West and former Governor of the state, is President Muhammadu Buhari’s choice for the job.

Governor Abubakar Badaru of Jigawa State, who is also Chairman of the Electoral Committee, announced Adamu as the winner of the contest after he was endorsed by party members and leaders at the convention via a voice vote.

He had gone into the election as the consensus candidate following the withdrawal of his co-contenders from the contest.

Adamu replaces Oshiomhole as the substantive APC national chairman after the NWC chaired by the former was sacked in June 2020.

He, however, takes over from Governor Mai Mala Buni of Yobe State who was appointed to administer the affairs of the party pending when a convention would be conducted.

Few hours to the convention, the coast got cleared for  Adamu as six aspirants from the north-central region eyeing the ruling party’s top job stepped down for him.