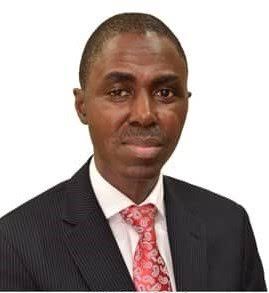 Depositors in the deposit money banks can now go to sleep with their eyes closed as the Nigeria Deposit Insurance Corporation (NDIC) has assured that over 97 per cent of depositors would be fully covered by the Corporation in the event of a bank failure.

The Managing Director of the NDIC, Mr Hassan Bello, who gave the assurance, at the 2021 FICAN Workshop for Finance Correspondents and Business Editors on Tuesday in Gombe, said that the corporation’s total number of accounts in the deposit money banks in 2016, 2017, 2018 and 2019, stood at 83.0 million; 99.1million; 112.0 million and 128.4 million respectively.

He said: “The IADI Core Principle No. 8 on coverage limits specifically requires that the thresholds should be limited, credible with the capacity to fully cover substantial majority of bank depositors while the rest remain exposed to ensure market discipline. Deposit insurance coverage should also be consistent with the deposit insurance system’s public policy objective”.

“What these figures entail is that only less than three per cent of accounts/depositors are not fully covered by the prevailing coverage limits. The implication of this is that in the event of failure of a bank, above 97% of depositors would be fully covered by the Corporation.
“From the foregoing statistics, it could be observed that the Corporation’s deposit insurance coverage limits are not only adequate but robust enough to engender confidence in our banking system.
The NDIC Boss, stated that the Corporation need to be efficiently empowered to be able to recover assets as expeditiously as possible, so that they can pay the depositors

““There are a lot of areas that I think the NDIC Act needs to be amended. NDIC, we are liquidators and what happens is that at the point of liquidation, we try to recover the assets, especially the loans and advances that were granted by those banks that are in liquidation.

“One of the challenges that we are facing is slow recovery and if the act is to be amended, I think it is important that the corporation is efficiently empowered to be able to recover those assets as expeditiously as possible so they can pay the depositors