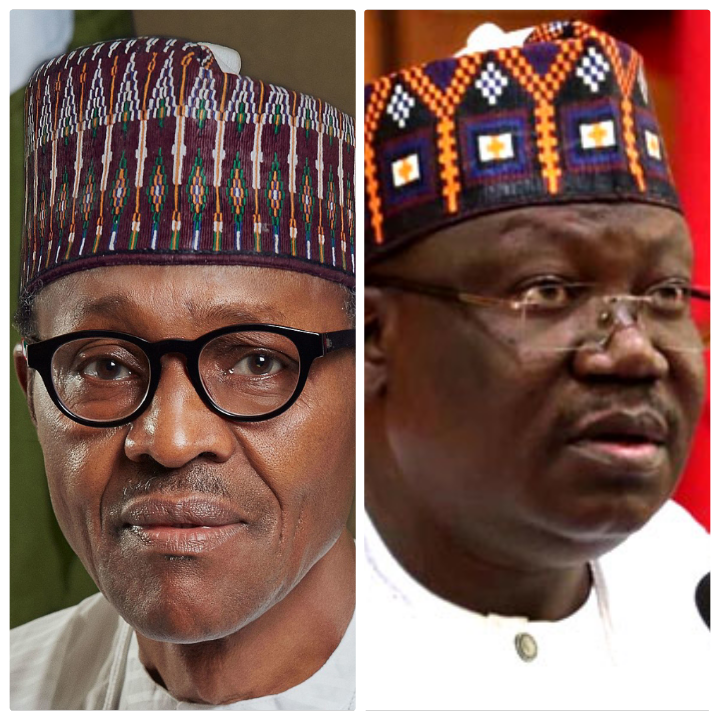 President of the Senate, Ahmad Lawan has continued to justify the position of the Ninth National Assembly to work in synergy with the executive arm of government saying it is to enhance service delivery to the people.

Lawan spoke on Wednesday while playing host to a delegation of the Arewa Film Makers Association of Nigeria which paid him a courtesy call at the National Assembly, Abuja.

The Senate President argued that the reason why the Legislature and the Executive were elected is to make them work together for the citizens.

“But we also believe that we should continue to work with the executive arm of government. We decided right from the beginning that we need serious synergy, partnership and cooperation between the two arms of government.

“The essence of electing the Executive and the Legislature is to bring the two arms together to work for the citizens.

“This is because the citizens are at the heart of either government policies or parliamentary legislations. Anything short of that is chaos.

“If someone believes that the National Assembly or the Legislature should always be fighting with the executive arm of government before you recognise that Legislature as being active, that person is getting it wrong.

“The Legislature is supposed to be in scrutiny of the activities of the Executive to ensure that the people, the citizens, get what they are supposed to get from the government that they have elected.

“So we have chosen to be very sensitive and alive to our responsibility as parliamentarians. That is to say if we see something that the Executive is doing that is wrong, we say that it is wrong but if the Executive is on the right track, we will ensure that we are supporting it for it to deliver the services to the people.

“I want to urge those who feel that if you are not fighting the Executive, you are not doing anything, to look at what the Ninth National Assembly has been doing. Judge us by our actions and activities. No sentiments.

“Some people, maybe, misunderstand what the role of the Legislature is. But many Nigerians know that in today’s administration, the Ninth National Assembly has played a very significant role in ensuring that we provide infrastructure in this country. That we provide services.

“That does not hide the fact that we have issues in the country – issue of insecurity particularly is everywhere. Yet we also believe that we must work together with the Executive to provide solutions to these myriad of security challenges across the length and breadth of our country.

“So this Assembly will continue to work for Nigerians. We don’t mind what somebody will say so long as we discharge our responsibilities to our citizens, we will be happy with ourselves that we are doing the right thing.

“That does not stop anyone from being critical but when you are critical of us, tell us how we can be better. Don’t just call people name because you have access to some media houses. Tell us where we are wrong so that we can improve and do better. That is what we want because the business of governance is everybody’s business even though responsibilities are cut for different arms of government and even for citizens,” Lawan said.

Talking about the film making Industry, the Senate President assured his guests that the Ninth Assembly is willing to partner with any film making organization from all part of the country.

The Chairman of the Arewa Film Makers Association of Nigeria, Ahmad Turaki Kaka who led the delegation expressed the desire of his Association to partner with the National Assembly with a view to tackling some of the challenges facing the country.

He announced that his Association had decided to make the Senate President it’s Grand Patron and during the visit also conferred on Lawan the title of Garkuwan Arewa.