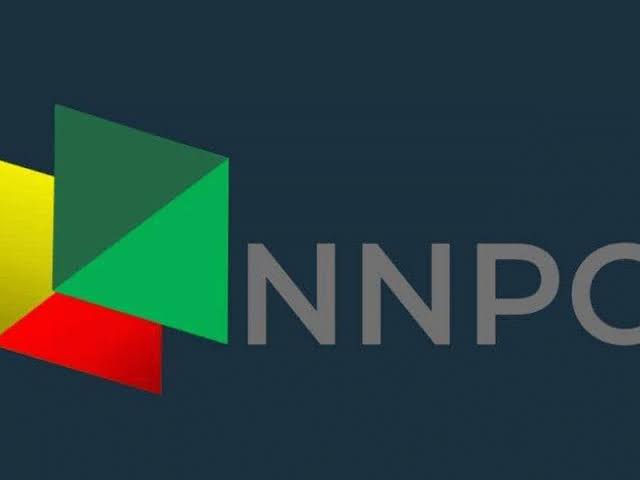 The World as it is today gradually moved from manual and people driven intelligence gathering processes, to what is now universally accepted as smart intelligence or digitally controlled intelligence that involves more technological gadgets and equipment.

For the Newly Incorporated Nigeria National Petroleum Company Limited NNPCL, the task of protecting crude oil installations and Facilities nation-wide became a top-most priority if the comapny must swim out of the Mulky waters of crude oil theft, vandalism and other crimes bedeviling that sector.

It was in this consciousness that recently, In an effort to push back the factors responsible for Nigeria’s dwindling crude oil fortunes, The Nigeria National Petroleum Company Limited (NNPCL), said it has assembled an array of security measure, all coordinated by digital control system.

Nigeria, in the recent times has continued to record huge losses in the daily oil production quota, which in turn has resulted to heavy loss of national revenue and the need for the federal government to resort to borrowings in a bid to fund the economy.

Available records from the NNPCL and its subsidiary and agency companies, between March 3, 2022 and today, the country has been steadily losing a whooping $700 million monthly, all to the inability to meet both the quotas set by the Organisation of Petroleum Exporting Countries (OPEC) and the nationally determined one.

Explaining the dire economic situation facing the country as a result of the losses, and how the NNPCL has evolved a technologically-driven all-solutions to tame the menace, the Group General Manager (GGM) of the National Petroleum Investment Management Services (NAPIMS), Mr. Bala Wunti, said an urgent action is required.

Wunti, who spoke at a demonstration briefing organized for some select journalists in Abuja, said though the digital solution has a semblance of the Saudi oil company’s (Aramco) security infrastructure, the Nigerian model is combining technology with the efforts of the national security outfits and that of the communities.

“I was in the Saudi Arabia infrastructure. I was there twice, and I know what they have. It’s a digital control system; it’s different from our own.A digitall control system, it’s like you have the control system of all your assets in one place.

“This is beyond a digital control system; it’s also a security system and we are doing it and to tell you that this was built-in by our in-house software engineers because of the security sensitivities to it because they are customized, the moment you give to somebody who creates that.

“So, we use a combination of technology to integrate and synchronize and create what we are now confident and comfortable with and one of the things that we’re very proud of, these are very young engineers, young enough to be our children and grandchildren in some of these places and a lot of them are seated on this control room. And that is why credit must be given to the leadership of NNPC for being able to respond to this.

“We developed this in about 60 days and we started using it and progressing. We’re not where we want to get, but I think we have achieved 60/65% of the capability of these infrastructures.

“We are integrating with other tools, we are connected to every agency that has infrastructure NIMASA, Navy and NIGCOMSAT and several other infrastructures in the country. We all have a collaborative platform to be able to do what we need to do”, he said.

Meanwhile, the NNPCL has called for further critical steps to be taken so some other factors that have made the menace of oil theft lucrative and expanding can be dealt with from the root and discourage the perpetration of the menace.

Speaking on the escalation of oil theft, especially in the creeks and some need measures to be taken to make the fight more successful and discourage the lures attracting people into the criminal business, the Group General Manager, Crude Oil Marketing Division (COMD) of the NNPCL, Mrs. Rose Eshiett, said the federal government would need to look at reworking the legal framework around prosecuting those involved in oil theft and facilities vandalism.

According to her, some social issues need to be worked on to set a favorable environment for fighting oil theft successfully, citing the prevalent high unemployment rate, the ready international market for stolen crude, and the obsolete legal system as some areas to focus on.

“We had an engagement with the Navy not too long ago and the Navy told us that sometimes when they arrest a vessel with stolen crude and take it to court, the kind of charges they place on them, like about N200,000, on a crude oil cargo of about $100 million worth. So, what does it mean? It means there’s no strong legal framework to impose deterrence for them to stop.

“There’s also the availability of a ready illegal international market. There’s a market because, without a market, you cannot sell stolen crude. There’s also the use of unconventional means to refine most of this stolen crude, which you saw, so many scattered illegal refinery structures upstairs”, she said.

The question of whether these measures will stop the decay in the oil theft business is a topic for another day, when these mechanisms put in place by the NNPCL will be reviewed for efficiency and otherwise.

2023: Scientifically and Democratically Proves The Candidate With 21 Percents Wins 2023 Election – ANAP
Previous Post
Artefacts: Oba of Benin Representatives, Others To Attend Berlin Humboldt Forum Arts Exhibition
Next Post
You May Also Like