A global focused foundation with based in the country has released and shared their latest forecast on the Nigeria’s 2023 elections.

THE MISSION OF THE FOUNDATION IS: TO PROMOTE GOOD GOVERNANCE. 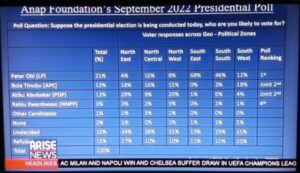 That the Labour Party Presidential Candidate Mr. Peter Obi will win the 2023 election.

These polls were conducted in this month of September 2022.

The polls carried out on the streets, roads and various locations in the country showed 21 percents goes to Peter Obi, 13 percents to both Alhaji Atiku Abubakar of the PDP and Senator Bola Ahmed Tinubu of the APC while 3 percents goes to Senator Rabiu Kwankwaso of the NNPP. 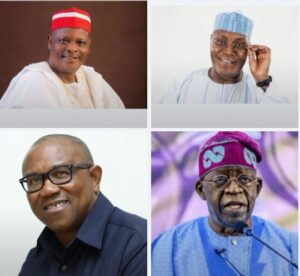