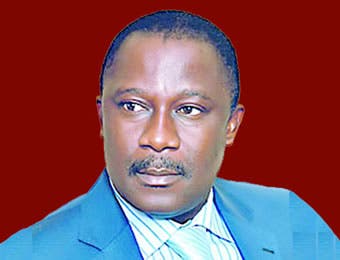 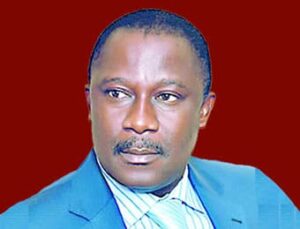 The position of the United States of America ( USA) that the Gubernatorial elections conducted in Kogi and Bayelsa States in November last year  were not credible , has been faulted by one of the participants in the elections , Senator Smart Adeyemi ( APC Kogi West) .

This is even as he declared that for effective and efficient war against corruption in Nigeria , the Mosaic or Sharia law should be put in place .

Senator Adeyemi who kicked against US’s  categorisation of elections conducted in Kogi and Bayelsa States  on the 16th of November , 2019 , as sham in Lokoja on Saturday in his remarks at the 2020 Senate Press Corps Retreat , said the position was premised on misleading reports or information.

” US was misled on what transpired during the elections , particularly that of Kogi State where I served as the Director – General of the campaign team of Governor Yahaya Bello and as well, ran for the Senatorial seat of Kogi West in the election .

” Peculiar factors required for winning such elections were in our favour because Governor Yahaya Bello used his first term in office to get the hitherto divided people of the State  United , aside performing excellently by confronting the problem of insecurity in the state as well as agelong institutional corruption within the state ‘s  civil service .

” When I took up the appointment as the DG of the campaign, quite a number of our colleagues warned me and asked why I took up the  assignment?’,

” I told them I did because of government of inclusiveness Governor Yahaya Bello is running .

” Besides , the East senatorial district where  his PDP opponent came from , had the privilege of producing three different Governors between , between 1999 and 2016.

” The people of the state , particularly Kogi Central  and Kogi West , felt that the Central person should be re-elected in paving for Kogi West candidate in 2024 .

” Even a lot of electorates in Kogi East , also bought into the idea by voting for Governor Yahaya Bello for second term ” , he said .

On the issue of corruption in the country, Senator Adeyemi the inherited British law being used to fight it cannot produce the required results due to a lot of loopholes.

According to him, being Africans , adopting Sharia or Mosaic law which gives room for cutting of hands or legs of thieves , will go a long way of curbing corruption that is now malignant in Nigeria .

” Like I said on the floor of the senate, if we want this country to be great, we must look at some acts of parliament, moreso the ones that have to do with anti-graft agencies.

” I want my children to be happier than I am in Nigeria and to do that there must be enough money to meet the needs and aspirations of the people.

“What am I talking about? Let us confront corruption. Very soon I’m coming back to the chamber to bring bills on ICPC and EFCC.

” I want us to introduce Mosaic law, what you call Shariah law. By the time you cut the hands of 10, 20 people in this country, nobody will want to steal again” , he said.