Northumbria University, Newcastle, has today been named University of the Year 2022 in the prestigious Times Higher Education (THE) Awards.

The THE Awards are widely recognised as the ‘Oscars of higher education’. The impressive win recognises exceptional performance, as well as bold, imaginative and innovative initiatives that have advanced a Higher Education institution’s reputation during the academic year 2020/21.

It marks Northumbria’s remarkable transformation to become the UK’s first research-intensive modern university. The strategy, which began in 2008, embedded quality research at the centre of everything that the University does, alongside a clear social mobility mission, and alignment to business and the demands of the regional and local economy.

This success was borne out in the Research Excellence Framework (REF), which is a measure of the quality and strength of research across UK universities. In the REF 2021 results, Northumbria recorded the biggest rise in research power of any UK university for the second time, moving up 27 places to 23rd having previously risen to 50th in 2014, from 80th in 2008. 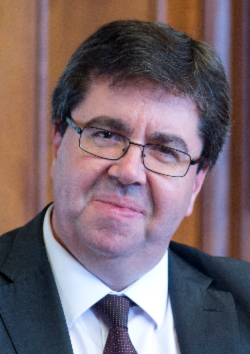 But Professor Andy Long, Vice-Chancellor and Chief Executive of Northumbria University explained it is more than a focus on research that has led to this monumental win.

“Our ambition is to give all students with the potential and ability the opportunity to benefit from a Northumbria education. Winning this award shows that the education we give our students is enriched by research – but I genuinely believe what sets us apart from others is that 40% of these students are from traditionally low-participation backgrounds. Along with all our students, they learn from researchers and academics, participate in research and co-create knowledge.

“To be shortlisted for such a prestigious and internationally-recognised award was a remarkable achievement in itself – to go on and win is a true milestone in the University’s history and in the work of my many outstanding colleagues.

“Northumbria has undergone an extraordinary transition. The dedication of everyone at the University has made this possible, and it is thanks to them that we can now celebrate this phenomenal success.” 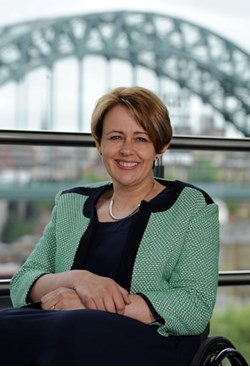 “When I was invited to become Chancellor at Northumbria there were two things that stood out. The first was the people, who are extraordinary, and the second was the level of ambition.

It wasn’t about being a bit better, it was about being the absolute best they could be. Wining the THE University of the Year award recognises these qualities for all to see.

It is amazing to be part of an institution where the vision has become a reality and I congratulate everyone at the University.”

Adding to the congratulations, Dr Roberta Blackman-Woods, Chair of the Board of Governors at Northumbria, said: “I believe this award reflects the fact that Northumbria is unique in the sector – a research-intensive modern university that has retained its clear social mobility mission. Combined with other recent successes, such as the REF 2021 results, the University’s global reputation has been significantly enhanced and people will now be looking at us through new eyes.”

This year Newcastle University was shortlisted alongside Northumbria for THE University of the Year Award 2022, offering further evidence of the combined strength of the city’s universities. It is the first time, outside of London, that two institutions from the same city have appeared on the same category for this prestigious award. 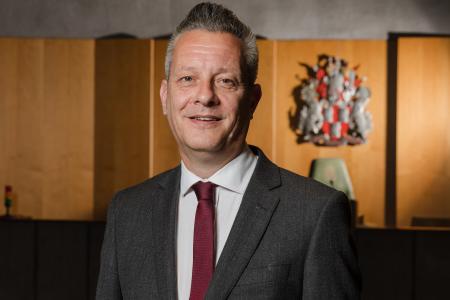 Leader of Newcastle City Council, Cllr Nick Kemp said: “This is an outstanding achievement for Northumbria and a recognition of its transformation and growth. It is also a clear signal of the strength in depth we now have in Newcastle for world-leading research and education. We are extremely proud that both universities made the shortlist for this important award. They are integral to this city’s success and together play a significant role, economically, socially and culturally, helping to make Newcastle a fair and inclusive place to live – and raising our profile on the global stage. Congratulations again to Northumbria on their win.”