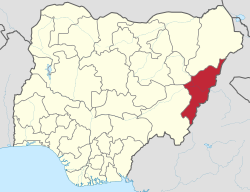 The final nail on zoning Nigeria’s President for 2023 by Dr. Raymond Dokpesi the Titan

I read with amusement an article published in the ThisDay Newspapers on Sunday 17th October 2021 with the headline “ IS DOKPESI SUFFERING FROM INFERIORITY COMPLEX?” in which my statements pertaining to the PDP’s best chances of winning the 2023 election being tied to the PDP producing a northern candidate was alleged to be based on my ties and relationships with prominent northern businessmen and politicians and having an inferiority complex about Southern Nigeria’s political ambitions.

The authors and sponsors of this piece will naturally feel incensed by my statement and would say anything to discredit me to continue to protect and promote the interests of aspirants from their zone. I can understand that and I have no love lost for any southerner who takes a similar stance.

However, I believe we are in perilous and dire straits as a nation and for those of us in opposition to the ruling party, we must ask the bigger question of Nigeria before our personal or ethnic interests and have a frank conversation about what we need to do as a people to win back power from the APC in 2023.

I unapologetically believe in one Nigeria and believe Nigeria can only remain united and in peace on the basis of fairness, equity and justice. I believe like-minded Nigerians understand the ideological principle of zoning as a form of affirmative action to guarantee the opportunity of leadership to every part of the country irrespective of the geographic and demographic dominance of any regions’ size or population.

Since 1960, only 10 states have produced presidents or Heads of State in Nigeria, whilst some of these 10 states have produced more than one president. The entire South East region hasn’t produced President or Head of State since the First Republic and still another region, the North East, has never ever produced neither President nor Head of State since 1960 – date. Likewise until assumption of office by President Goodluck Jonathan, the South-South had never before then produced a president or head of state.

Clearly the politics that have governed how leadership is determined under both military and democratic systems of governments have been unfair to both the North East and the South East regions. I have both the belief and the confidence that both regions have more than eminent and capable sons for the leadership of this country, as indeed all regions (have), but in determining my position based on consultations across the country, i have found that going into the 2023 elections, the North East is better positioned to negotiate victory in 2023, given the peculiarities and national security challenges confronting Nigeria today.

By the grace of God I will be 70 years in just a few days, so I have nothing to fear in saying what so many others many not have the courage to tell you. I have said my truth before and paid the price for it but that will not deter me from saying the truth as I know it and as I see it again, so let me indulge you in a short history lesson and correlate it to the context of present day Nigeria against which the South East will be negotiating power with different regions of the country:

On 14 January 1966, Soldiers of mostly Igbo extraction led by Major Chukwuma Kaduna Nzeogwu, an Igbofrom Okpanam near Asaba, present day Delta state, eradicated the uppermost echelon of politicians from the Northern and Western provinces. This and other factors effectively led to the fall of the Republican Government. Though Aguiyi-Ironsi, an Igbo, was purportedly slated for assassination, he effectively took control of Lagos, the Federal Capital Territory (at the time). With President also an Igbo Nnamdi Azikiwe refusing to intervene and insure the continuity of civilian rule, Aguiyi-Ironsi effectively compelled the remaining members of Balewa’s Government to resign seeing that the government was in disarray, he then allowed the Senate president Nwafor Orizu, another Igbo who was serving as acting president in Azikiwe’s absence, to officially surrender power to him, thus ending the First Nigerian Republic.

The events of that day ultimately lead to the Biafra war and the persecution of an entire Igbo race on account of a seeming conspiracy between some politicians and military of Igbo extraction to pursue an ethnic agenda. On the surrender of Biafra to Nigeria, Yakubu Gowon, declared “no Victor, no vanquished” but clearly, since, the regions that have determined leadership have used this against the South East and denied Igbos the opportunity to lead. Should that be used against the leaders and sons of the South East today? Of course not!

I have publicly come out to support and call on a South Eastern presidential candidate in the recent past, but the emergence of IPOB and its influence across the South East has complicated and undermined the agitation for patriotic Nigerians of Igbo extraction to lead this nation as far as the 2023 election is concerned.

If nobody has told Ohaneze Ndigbo before, the concern today from some other regions is that if Nnamdi Kanu plays the role of Aguiyi Ironsi in leading a militant revolt against constitutional government in the south east under Igbo presidency, the president will be pressured by his base to facilitate the UN processes for the South East to call for independence from Nigeria. Thus an Igbo President may be compromised in protecting the political and geographic boundaries of Nigeria whilst Nigeria remains under the threat of IPOB’s secessionist activities.

Don’t shoot me I’m just a messenger. It is unfair but neither the south south nor the south east nor the north east have the votes combined to determine the presidency on their own. We have to negotiate with other regions and were prominent leaders express such concerns based on the similarities of our histo and contemporary circumstances, it indicates to me that the South East is not trusted with the Presidency in 2023. It indicates to me that that the leaders of the South East have not done enough before now in dealing with and addressing the challenge that IPOB poses to their aspirations in leading Nigeria. Why and what to do to change this narrative is a question for leaders and politicians from the south east to determine but you can see and understand why we in the PDP must take a realisic, pragmatic and strategic approach towards supporting the North East zone for presidency in 2023.

In Atiku Abubakar the South East not only has a friend and a detribalised Nigerian who understands the pains, frustrations as genuine aspirations of the people of the South East, but also is a believer in the restructuring of Nigeria, which both in the short term and in the long term, is necessary and critical to the growth and development of Nigeria in general and to the minority regions in particular.

By supporting Atiku Abubakar from the North East to victory in 2023, the rotation of power across Nigeria will have come full cycle and I believe that the agitation for a South East presidency will be better accepted and appreciated by the incumbency and other regions in subsequent elections after 2023.

So taken in totality I do not intend to offend the south east or any of its eminent sons who are more than qualified to lead this nation. The south south and south west regions have already produced PDP presidents in the forth republic, so we have had 14 years in the presidency, while the north has only had 2-years under PDP. The nomination of President Goodluck Jonathan at the 2014 PDP Presidential Convention weakened our support in the North and ultimately lead to the APC and President Buhari taking over government in 2015. We need to retract our steps as a party. We need to consolidate our base in the South South and South East and we need to reach out across other regions of this country presenting a detribalised Nigerian that will be accepted and trusted to build the best “all-star” Nigerian team to get us out of our present quagmire without carrying the baggage of IPOB undermining their credibility.