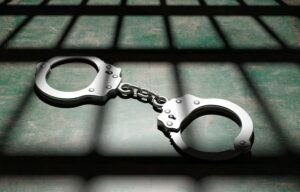 There was palpable tension at Mbaitoli Local Government Area of Imo State has unknown assailants chopped off a farmer’s head and private parts.

The farmer, identified as Isreal Ihenacho, was suspected to be dismembered by ritualists. The incident which happened around the Orodo Market in Mbaitoli Local Government Area, early hours of Wednesday in the state, was said to have triggered uneasy calm within the affected community in the area. While an eyewitness who spoke to the news team and said that “Those who discovered the lifeless body were people going for early morning market business.

We are not happy that this kind of thing is happening in the community, we are just going to the market to sell some produce from our farms only for us to see a dead body without head and even the breast. “We think that some group of ritualists have entered into our community and something must be done about it now. This is completely bad for this community.” Some of the parts of the body which the eyewitness, said were cut off, were his head, manhood, including the left side of his breast. “This man is also a palm wine tapper and we don’t know why he was targeted. A poor man for that matter, this is wicked I must say,” the eyewitness said. However, the state Police Public Relations Officer, Orlando Ikeokwu, had said that the state Commissioner of Police, Nasiru Muhammed, had ordered an investigation into the matter.