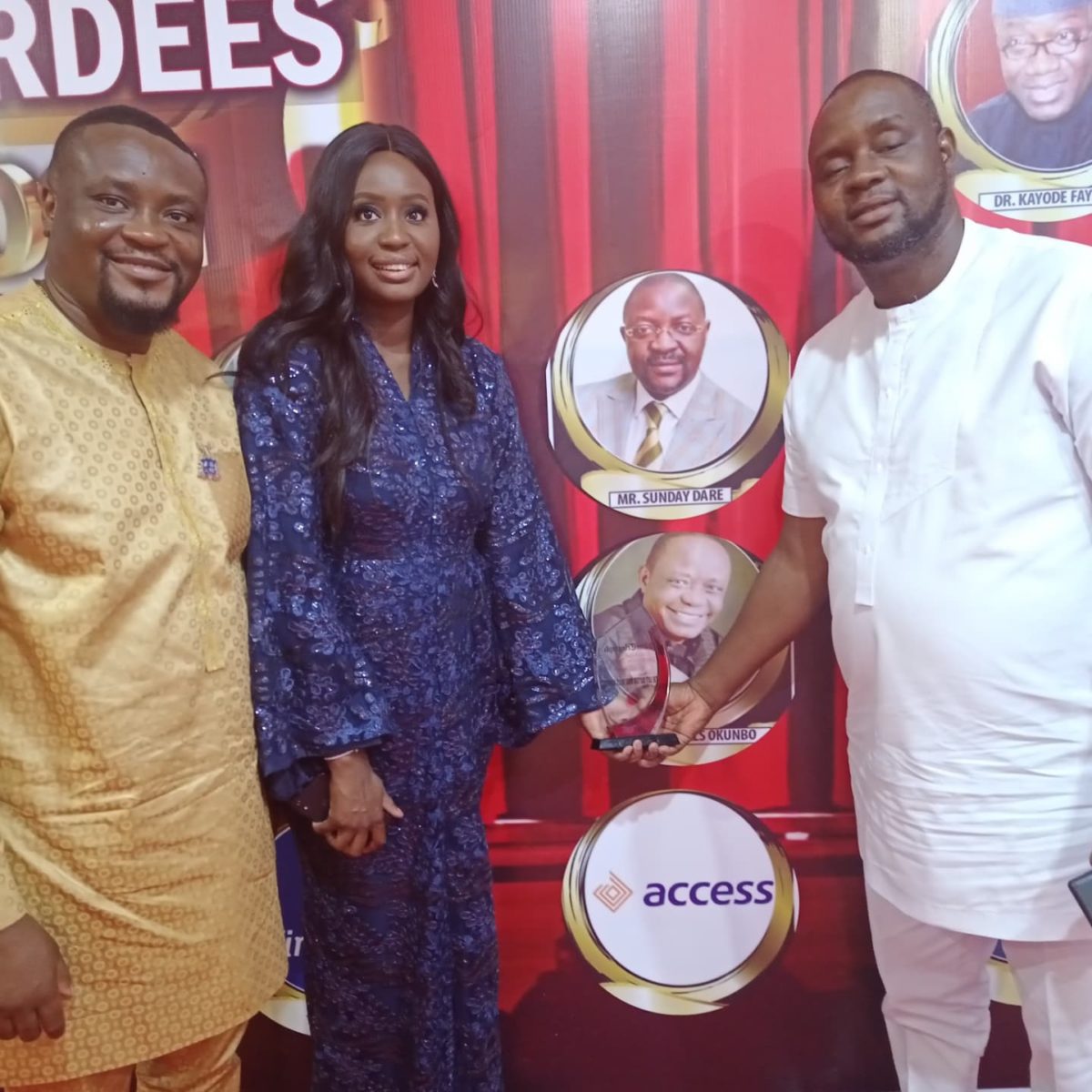 In what could best be described as well-deserved service to humanity and Nigeria, the management of Daily Telegraph Publishing Company, publishers of the New Telegraph, Saturday Telegraph, and Sunday Telegraph, on Friday posthumously honoured the late Capt. Hosa Wells Okunbo, as the quintessential philanthropist in 2021.

Governor of the Central Bank of Nigeria, Godwin Emefiele (Banker with a difference), Minister of State for Petroleum Resources, Timipre Silver (Re-engineering Nigeria’s oil sector), among many others.

Speaking on behalf of the awardees, Senate President, Ahmed Lawan, who bagged the 2021 Lifetime Achievement Award in Politics, said the award was to make the beneficiaries do better in their various fields of endeavour.

Earlier in a one-minute silence in honour of the late business mogul, a former Director-General of Nigerian Maritimes Administration and Safety Agency (NIMASA), Dr Dakuku Peterside, described Capt. Okunbo as a great Nigerian who left impacts on the lives of people he had contacts with.

Speaking shortly after receiving the award, daughter of the late business mogul, Mrs Adesuwa Okunbo-Rhodes, said the posthumous investiture was a huge honour to the family.

She said, “My dad was a lover of people and he always had a listening ear for everybody that came to him with a challenge. It is not only about his resources but also his time which transcended beyond ethnic lines, he was a lover of this Nigeria.

“He taught us a lot about sacrifice and being focused. Amid all his successes he understood clearly that everything he had was from God and that he was a vessel of impact in Nigeria. Giving him this posthumous award means a lot, it highlighted who he was. I know that he will be smiling where he is in heaven at the moment.”

She also advised the younger generation to live a life of impact, adding that they should be intentional about giving.

“It is not about how much money you have in your bank account but the lives that you have touched through acts of kindness and generosity. My dad was a man of impact, generosity, and kindness and I think that is the attributes that we should imbibe and that is what he has left behind. It is not about the wealth he left behind but how we can carry on with that life of empathy, kindness, and generosity,” she added.

Also speaking, the late captain’s younger brother, Mr Bright Okunbo, said he felt proud of his brother and happy that he lived a good life.

“That is what we are seeing again with this award. After his funeral to date, it has been a testimony upon testimony from all the individuals he had contacts with. How he touched their lives one way or the other and that is why this recognition is still going on today because he was a man that lived for the people, a selfless life. His name was the good thing that he left behind for the family. As they say, a good name is better than riches and fortunately for my brother, he had both,” he said.

Similarly, Mr Morrison Okunbo, another younger brother to the late business tycoon, said, “The award goes to show that all we have to leave for in this world is to leave a good name. A good name is far better than riches. My brother was intentional about leaving a good name behind. He never joked with his integrity.

“So far, this is the third posthumous award and I know there are more coming. It tells you that the only good legacy you can leave behind is that good legacy and it is a lesson for everyone. My brother lived a good life.”

Late Captain Idahosa Wells Okunbo was a billionaire philanthropist and Business Mogul who pioneered Marine security with the establishment of Ocean Marine Solutions Ltd with over 50 vessels.

INSECURITY IN SOKOTO STATE ON THE RISE AS BANDITS APPOINT VILLAGE HEADS TO CEMENT THEIR TAKE OVER
Previous Post
MOTHER OF JUMOKE, ‘YORUBA NATION’ RALLY VICTIM GETS HELP FROM SANWO-OLU