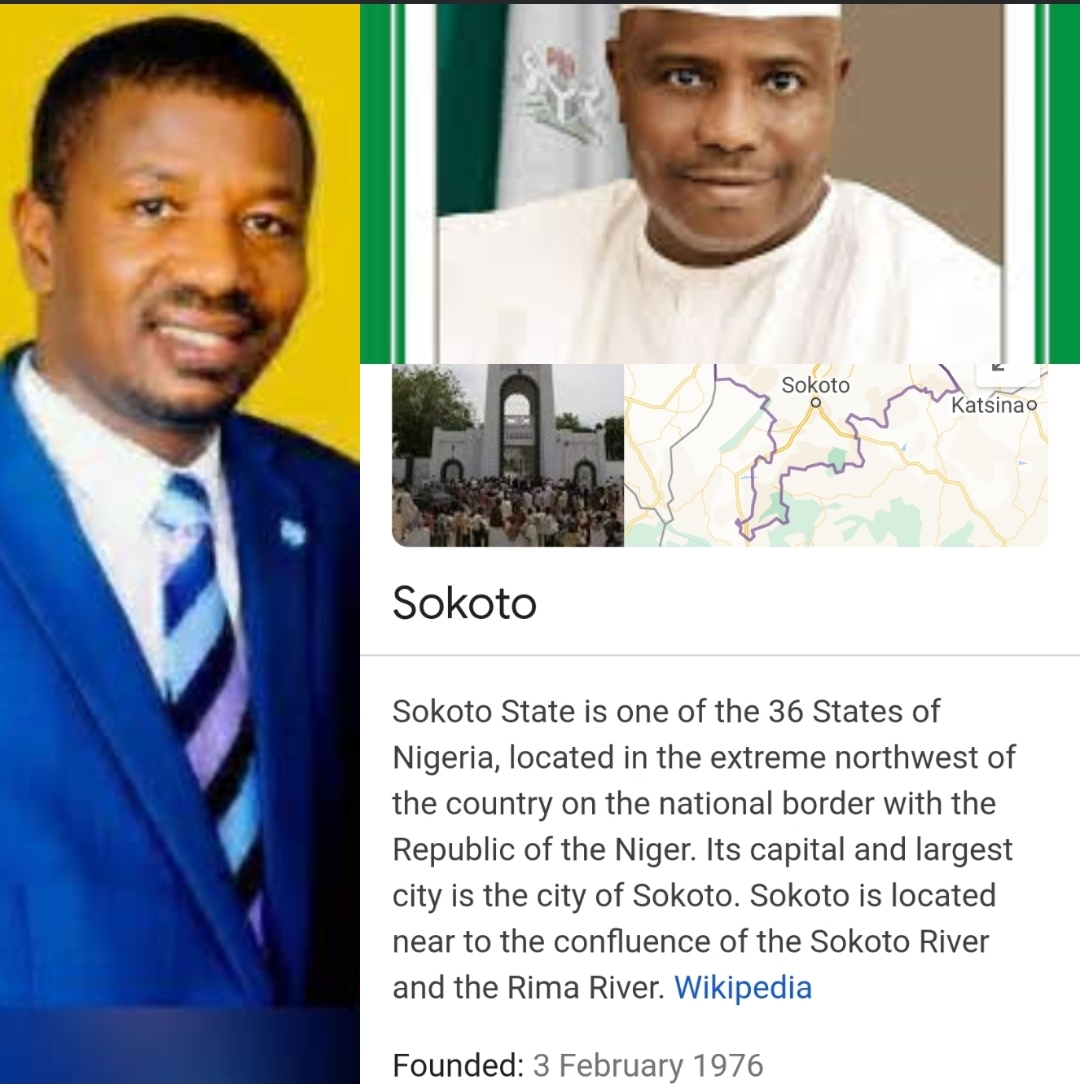 INSECURITY IN SOKOTO STATE ON THE RISE AS BANDITS APPOINT VILLAGE HEADS TO CEMENT THEIR TAKE OVER. 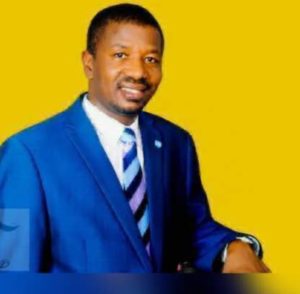 ‘The Frequency of Killings by Bandits in Sokoto State is so High that In-Between the Time of Writing this Article and Finishing it (48 Hours), 57 People Were Killed by bandits in the state’

Our dear Sokoto State, particularly the Eastern Senatorial zone, is indeed under siege by bandits. The killings are ongoing unabated. Something needs to be done…and urgently.
Last week, I came across two stories regarding the alarming rate of insecurity in Sokoto state which prompted this article: one is that the bandits have technically formed a separate government in Sokoto state by forcefully installing village heads in Gangara and Maƙwaruwa villages in Sabon – Birni local government area of Sokoto state and sacking all police stations, vigilante and courts in that particular axis of the state. The second story which is closely related to the first is that these criminal bandits have forced residents of 45 communities in Sabon-Birni local government area Sokoto state where they (bandits) have technically formed a separate government, to raise the sum of N79, 620,000 (Seventy Nine Million Six Hundred and Twenty Thousand Naira Only) as taxes and give to them (bandits). The bandits gave the helpless villagers one week’s deadline to raise the cash or face the music which the villagers complied with. So the villagers raised N79,620,000 cash and the bandits moved from one village to the other to collect the cash. This is incomprehensible!

During the installation of new ‘village heads’ by bandits, elections were held. In Gangara community, Sokoto state, the bandits went conventional and staged an emergency ‘mock election’ held in Saturu village between five shortlisted bandits as candidates (selected after a primary election) for the office of village head of Gangara after announcing the forceful deposition of the ancestral village head.
In the ‘mock election’ the criminals asked the villagers to choose between the 5 bandits as candidates in the shortlist. After the secondary election, Ɗan Baƙƙwalo a prominent bandit and member of the gang of bandits under notorious bandit leader Bello Turji Dugge, won the election and was announced winner and decorated as the new village head of Gangara. The new ‘village head’ bandit Ɗan Baƙƙwalo made his acceptance speech and went ahead to read his ‘riot act’ to the community which included the following measures that will come into force in Gangara community ‘with immediate effect’ inter alia:
1. All Military and police stations including local vigilante ‘Yan Sakai’ are hereby banned
2. All courts are banned
3. All cases: criminal and civil should be brought to the new ‘village head’ bandit Ɗan Baƙƙwalo for adjudication
4. Villagers in Gangara community should raise N1.5 Million immediately and give to the New ‘Village head’ as his ‘take off’ budget
5. All markets are opened in contravention of the directive by the Sokoto state government to close all markets in the area. 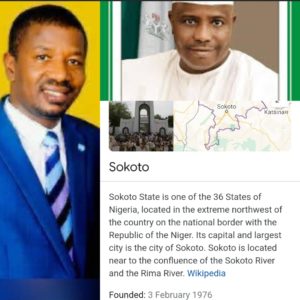 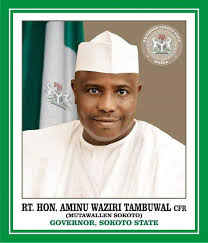 Indeed, the banning of military formations, police stations and courts by the terrorist bandits signals the clearest indication yet that bandits have annexed a part of Sokoto state and dislodged the constitution of the federal republic. Something drastic needs to be done by the state and federal government before the bandits over run more towns and villages potentially moving into Sokoto central.

These stories, much as they are worrisome yet again underscored the fact that the bandits have technically annexed the eastern part of Sokoto state: at least 2 local government areas – Sabon-Birni and Isa- are under total control of the bandits save for some minimal succour in the local government headquarters Isa and Sabon-birni towns.

BANDITS TAX: BANDITS COLLECT N79,720,000 FROM VILLAGERS IN SOKOTO STATE AS TAX WITHIN ONE WEEK
Clearly, the bandits are changing their strategy to adjust to the impact of network shutdown and other measures put in place to checkmate their nefarious activities. The criminals are gradually cutting out the use of mobile phones in their nefarious activities as they now relate physically and collect tax and ransom directly from villagers. It is clear that these bandits are known by the villagers as they do come into town, transact business, buy foodstuff, move in town with everyone watching, charge their phones and even chitter – chatter with women…..all these with AK-47 rifles firmly hanging on their shoulders.

Last week, these bandits collected a whopping sum of N79,620,000 cash from 45 communities in Sokoto East senatorial zone.
It is incomprehensible that in Nigerian where there is government in place at all levels and right before our very eyes, a group of rag-tag bandits could have the audacity to walk into villages and impose fines, give ultimatum to the victims and return to collect the money in CASH. This is incredible just as it lives a chunk of bile in the mouth of the objective mind.

As one villager puts it ‘we have no choice but to pay since the government cannot protect us’
The list of those villages in Sokoto state who paid the compulsory ‘bandits tax’ has since gone viral. It is important that the villagers through their representatives, continue to make such lists of any cash they paid to the criminals as ‘bandits tax’ public even if to draw the attention of the Sokoto state government which seem not to have these innocent victims as a priority.
Some of the villages who refused to pay the compulsory ‘bandits tax’ know too well that the bandits will attack them.
In neighbouring Zamfara state, bandits attacked the town of Kwarin Mai Saje for defaulting in the payment of N3 million ‘bandits tax’ imposed on them. During the attack, the bandits resorted to rape of innocent women in lieu of cash as they felt the villagers had insulted them by raising only N600,000 and asking for more time instead of the N3 Million the bandits asked them to pay. The bandits were so infuriated that they raped any woman they can, and abducted 6 people. What beats imagination is that these bandits literally walk or rode from one village to the other collecting ransom and announcing the time they will come back to the village to collect the balance…..nobody to crush them.

After collecting the ‘bandits tax’ the criminals will also:
1. Tell villagers the portion of farm produce they will collect from them for the current farming season.
2. They force farmers to work on their (bandits) farm.

These innocent villagers are at the end of their patience. They will push back at some point if the government cannot protect them. If they push back, it could lead to unprecedented anarchy.

INTERNALLY DISPLACED PERSONS (IDP) CRISIS IN SOKOTO STATE
It is no longer news that our dear Sokoto state is overwhelmed by internally displaced persons (IDPs) in the eastern flank of the state. What may be a relevant question to ask however is what is the Sokoto state government doing to bring succour to millions of women and children sacked from their homes by bandits. The IDP crisis is growing indeed. Just last month, many residents of Gatawa community in Sabon-Birni local government area were sacked when the bandits attacked, killing about 20 people and displacing many others. The attack on Gatawa came after the bandits had over-run the military post in the area and killed 16 soldiers. Currently, there are over 50,000 IDPs from Sokoto state in Niger Republic specifically in Tudun Sunnah village, Gidan Runji Local Government in Maradi State. These traumatised Nigerians have vowed never to return to Nigeria despite some overtures by the Sokoto state government appealing to them to come home. They have lost confidence in the government at all levels.
Sokoto State has an estimated 100,000 IDPs in just two local government areas: Sabon- Birni and Isa. The figure is rising. Indeed, the current IDP crisis in Sokoto State makes the Zamfara IDP crisis look like a ‘piece of cake’ 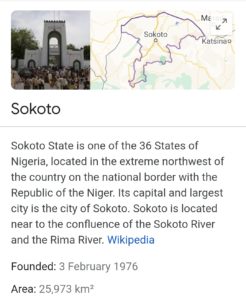 CLEAR POTENTIALS OF ETHNIC CLEANSING: DEVASTATED COMMUNITIES AT THE RECEIVING END WILL FIGHT BACK AT SOME POINT.
There is palpable fear that the current insecurity in Sokoto and other parts of the North-West and North-Central geopolitical zones could blossom into a full blown ethnic cleansing. Actually, this has technically started in some parts of the North – West and North-Central Geopolitical zones. For example in Niger state, a group of suspected Fulani bandits attacked Maza-Kuka community in Mashegu local government area, killing 17 people inside a mosque. In retaliation, the local vigilante from the Nupe and Hausa clans mobilised and raided all Fulani Rugas around the area, killing several Fulanis most of whom are innocent of that particular incident in Maza Kuka.
There is no doubting the fact that some communities are already pushed to the wall by bandits and these communities will SURELY fight back at some point.
If the current level of insecurity is not addressed, the communities currently at the receiving end will mobilise and take their destiny in their own hands. This will potentially lead to ethnic cleansing and anarchy. The potentials of ethnic cleansing are more so when juxtaposed with the fact that the government has failed to protect the people so their only option is to fight back. This is the reality of the situation.
A stitch in time saves a generation.