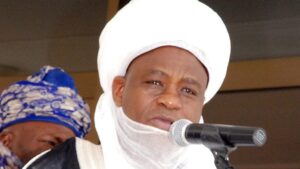 The Sultan of Sokoto, Alhaji Sa’ad Abubakar, has urged traditional rulers in the country to support the implementation of the recently approved National Ethics and Integrity Policy, a brainchild of the Independent Corrupt Practices and Other Related Offences Commission, the Office of the Secretary to the Government of the Federation and the National Orientation Agency.

Abubakar said this during the plenary session of the 12th general assembly of the National Council of Traditional Rulers of Nigeria held in Kano, according to a statement on Wednesday.

The policy was presented to the Council by the ICPC Chairman, Prof. Bolaji Owasanoye (SAN).

Sultan said, “Traditional rulers have a key role to play in governance, including the promotion of government policies. Whatever you support succeeds.”

He noted that the support of traditional rulers in the distribution of the polio vaccine led to the successful eradication of polio from the country.

He, therefore, called on the royal fathers to support the ICPC and NOA, to ensure a successful implementation of the policy.

Owasanoye said the support and collaboration of the traditional rulers would restore the lost values of honesty and integrity the country was known for.

Owasanoye added that the support and cooperation of traditional rulers in the implementation of the National Ethics and Integrity Policy “will bring about the success of the policy.”

The Director-General of NOA, Dr. Garba Abari, said the focus of the policy were the seven core values it contained.