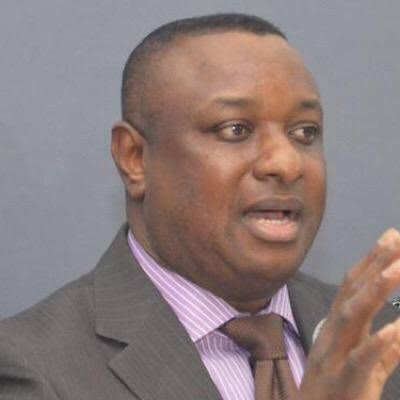 SPECIAL PUBLIC WORKS: We have paid about N24.8bn to 413,630 beneficiaries as at today – Festus Keyamo 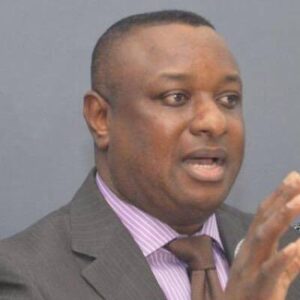 Nigeria Minister of State for Labour and Employment, Festus Keyamo said this during the special weekly briefings of the Presidential Communication Team at the Aso Rock Presidential Villa Abuja on Thursday.

According to him, the beneficiaries are drawn from rural communities and mostly itinerant workers.

Keyamo who gave these statistics during the briefings debunked claims that the special works scheme may have failed over initial delays to effect payment, emphasizing that the scheme has attained 60 percent success rate.

while putting the records straight on some of the challenges experience at the initial stage, The minister attributed the delays that greeted the programme to discrepancies noticed during the registration phase, especially with bank verification numbers adding that despite his attempts to ensure due diligence in the implementation of the programme, he uncovered that some fraudulent Nigerians opened multiple bank accounts under a single BVN.

According to the Delta state Born Lawyer and senior advocate, President Buhari deserves commendation because this is the first time that itinerant workers are truly benefitting from a federal government social intervention scheme, as beneficiaries were drawn from multi sectoral approach.

Speaking on the possibility of hijacking the process at the state level, Kayamo said “On the same persons appearing all the time in respect of all federal government programmes in some states. Whilst I don’t have the full facts regarding that, but I will not also in my true conscience, dispute your assertion. I will not because I know how the political terrain operates now, where you have godfathers everywhere as they are bringing programme of federal government, they hand it over to who they call the leader. That is how it operates regrettably, any Programme in fact, they capture it like bandits here in Abuja. Before it leaves Abuja as it is coming out straight from villa fresh government project, is captured here and handed over to their structures in the state. So I will not dispute it. I may not have the true picture and the impact of it and whether it is actually true going on in every state, and the widespread nature of it.
“But like I said, What we try to do in this programme, that is why perhaps I faced some resistance, all of that we have put behind us. So I don’t want to wake up all those scandals but we moved on at the end of the day in peace, because everybody realised that we needed to serve the Nigerian people. But that was why we designed it that way to be multi-sectorial. There is no programme ever before run by any government before us that you will see people who are not politicians brought into the selection process. ”

On the threats by the NLC strike to resume in Kaduna State. Keyamo said they were working to avert it.
“The question regarding the NLC problem with the Kaduna government. Like I said, my colleague, the Minister of Labour and employment may give you an update on that because I spoke with the NLC President, perhaps I should just give an update on that.
“We have heard of the threats to resume the strike, we intervened at some points, we called both parties together. There was actually a memorandum of understanding with the Kaduna state government, we are just conciliators. That also answers the question of why many strikes under our watch and does it mean that we’re not doing our job. We are conciliators we are not the disputants. So don’t think the Ministry of Labour is actually the disputants every time you see strike, it doesn’t mean we are quarreling with everybody. When the doctors are on strike with ministry of health they are the disputants, we call both parties fighting together to our office to say, what is the problem let us hear you. When you hear teachers on strike and lecturers, it is the Ministry of Education and the teachers that are the disputants. And so we’re hardly disputing with anybody as Ministry of Labour.
“So all these things you’re trying to put on our head, I beg you, we are conciliators. And luckily, because I also have an international fellowship degree in arbitration from the UK, even before I was appointed Minister, it has helped me to use those skills to try to settle some of these problems.
“But for the Kaduna thing, Mr. President has been briefed on it. Mr. President, has intervened and asked the parties to embrace the path of peace and dialogue. We hope that will be adhered to. So we will monitor the process and try to ensure that the memoranda of understanding we signed, that all parties are faithful to that agreement, and perhaps the NLC will not resume the industrial action in Kaduna state.
“So our duty now is just to pursue that path of peace and ensure that memorandum of understanding is implemented. So that’s as far that I can say. Like I said, I discussed with the president of NLC yesterday night, and he was asking for this kind of intervention, to ensure that that agreement is respected.”
On sustainability of the public works Programme, he said: “It’s a very good programme. It takes a lot of logistics we may require more time especially when you want to execute to perfection. I may not be here tomorrow, again, as Minister, he may not be here tomorrow as DG again. But we have set templates that other DGs or ministers supervising will follow in the future to ensure that it is water tight in terms of the selection process and execution.
“It is the first time we are doing this type of Programme like I said so we needed to be very innovative. Maybe that’s why perhaps there were some delays. ,