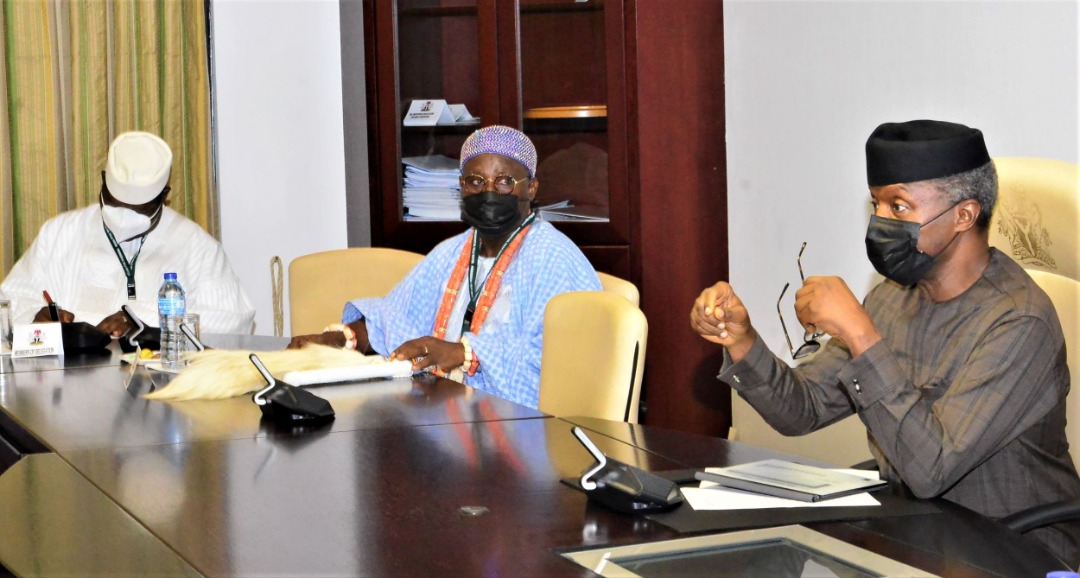 The delegation of Iyin-Ekiti to the Senate Public hearing on the proposed University of Health and medical sciences, Iyin Ekiti met with the Vice President, Prof. Yemi Osinbajo at the Presidential Villa, Abuja to canvassed for his support and other relevant Stakeholders 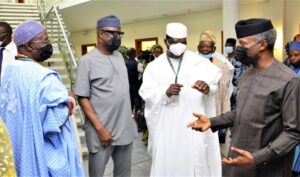 The delegation canvassed the support of the Vice-president for two bills of great importance to the community;

1 Bill for the Establishment of Federal University of Health and Medical Sciences, Iyin Ekiti.

2. Bill to name Federal University, Oye-Ekiti after General Adeyinka Adebayo, as announced at his funeral.

The team informed the Vice-president that both bills had passed second reading at the Senate, urging him to lend his support at the necessary level.

The Vice-president congratulated Oba Ajakaiye and the community for having a special breed of Sons and Daughters whose efforts has yielded this much.

While expressing his strong belief in the bills progression at the Senate, he promised his total support for the actualisation of the two bills at the crucial stage.

It would be recall that the two Bills were sponsored by Ekiti Central ,Senator Michael Opeyemi Bamidele.