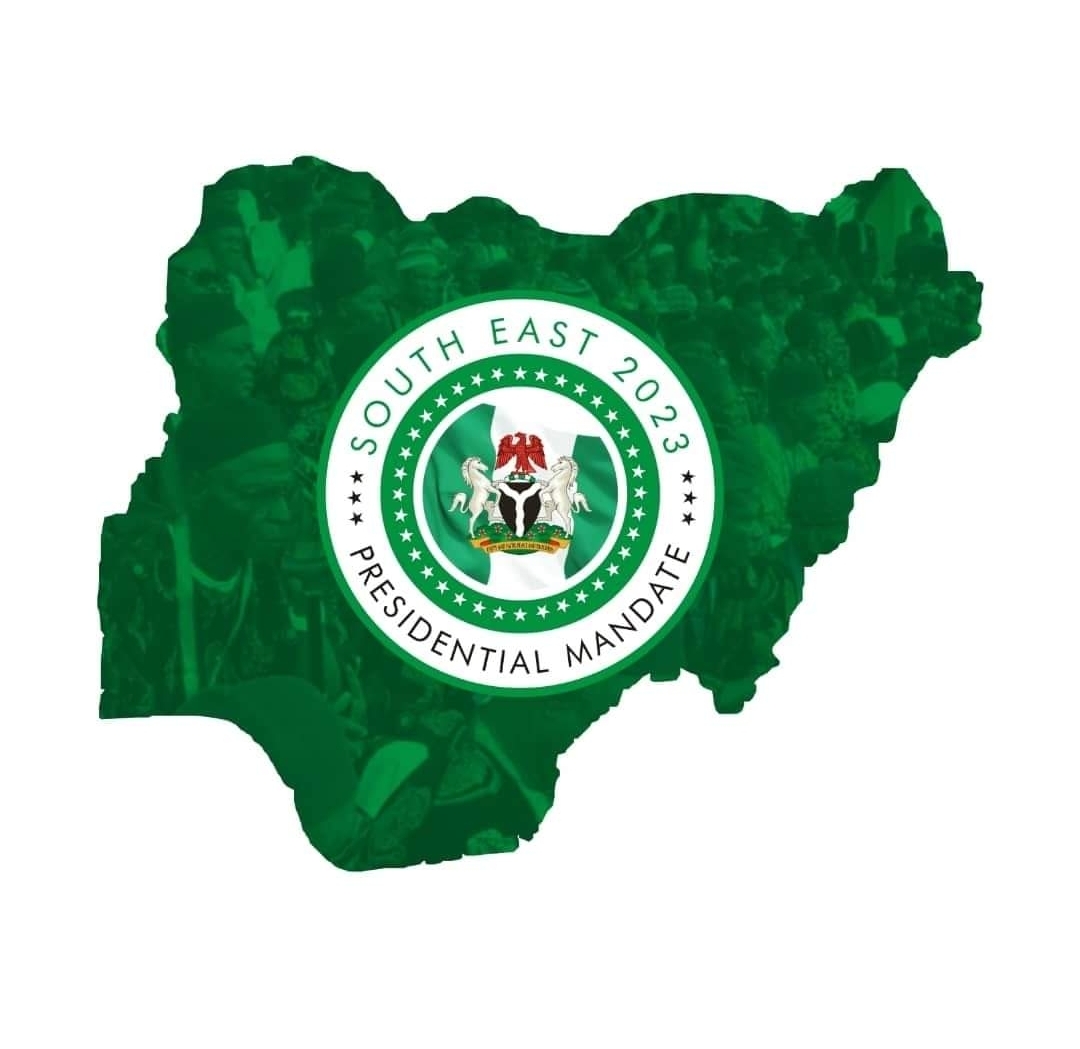 The demand and political issues within Nigeria takes centre stage every minute. The direction is diverse that another powerful lobby group, today issued a statement on the subject matter.

“ANY POLITICAL CANDIDATE OUTSIDE THE SOUTHERN REGION ASPIRING FOR THE SEAT OF PRESIDENT OF NIGERIA IS AN ENEMY TO THE SOUTH AND INDEED TO THE WHOLE NIGERIAN’S”.

The pioneer Convener of the South East 2023 Presidential Mandate SE23’PM, Prince Benedict Onyewuenyi, the President of IGBOEZUO GLOBAL INITIATIVE (IGI), Hon Ikenna Mbanfo and the President of Igbo Elders FORUM (IEF) Chief Omife. O Omife (mbuze mbaukwu) in a joint seating in Abuja declared the intentions of the Entire SouthEast Region known to the whole Nigerian’s ahead of the 2023 General Elections. 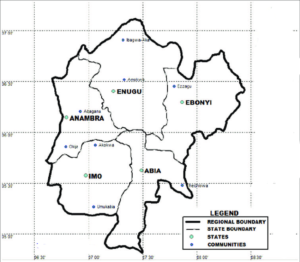 The meeting which commenced with encomiums on behalf of the very many well respected and highly placed Northern and Southern Elders and their Leaders who had on various media outreach and interviews leaned their voices on the position of Zoning of the Presidency to the South, Prayed on their behalf and thanking them for the spirit of Oneness, Equity, Justice and Fairness they had Exhibited for other Nigerian’s to emulate and take a que from. The very most recent been that of the Governor of Kaduna State, His Excellency Mohammed El’Rufai who had cleared the Air on the Rotation of the Seat of President of the federal Republic, who said that Nigerian’s at the return of Democracy in 1999 agreed on the Rotation of Power after a particular Zone had taken a turn to be Rotated to another as enshrined in the Principle of Federal Character before now, meaning that by May 2023, the North Should have Completed it’s turn for Eight years under the Leadership of His Excellency Mohammad Buhari.

We find some resonance with the El rufai position in his recent interview , that an understanding exists in the social conciousness of Nigerians that after 8 years of PMB, the next President will come from southern Nigeria. This is in tandem with the repeated statements of the Southern Governor’s forum, Whose position harps on Justice, Equity & Fairness and every Nigerian agrees on this principle.

The Group Says that the wickedness of political elite bares its ugly head only when you try to apply the principle, you will find All sorts of arguement evoked to block a simple line of reason that if indeed Justice, Equity and Fairness is of any value, then the only part of the South that will present the Presidential candidates of both the APC and the PDP is the SouthEast.

Any arguement that allows the Southwest, or the SouthSouth, both of which have served as president, must then allow any part of the North. If the arguement is about voting strength, or about belief or participation, or votes garnered for any of the parties, it applies in pari materials to the North. We say that It is only the Justice, Equity and Fairness principle that is a distinct factor and that factor situates the President in the South East.

This is more so because the South East parades every type of candidate that the country may desire.

The need for a united Nigeria, where everyone owns a patriotic state is best illuminated by we all making a deliberate statement of choice to make Justice, Equity and Fairness an underlining principle. The deliberate statement of choosing the south east, is a developmental strategy of deliberate cultivating a social and psychological mindset amongst every Nigerian, that indeed we all are one and must work together to unleash the touted potentials of this Nation.

Indeed competence, capability, capacity and character are our favoured factors for role assignment, we posit that in line with National thought and conciousness hinged on Justice, Equity & Fairness, derived from the moto of our country, Unity & faith, Equity & Justice…..the south east with more than enough persons with the favoured criteria, present us a President in 2023.

As any political gladiator knows, only the inexperienced and desperate Politicians jump out early before the whistle is even blown in a consequential election like Nigeria’s Presidential race.

In 1999, Bola Ige was the first to declare. In 2003, it was Abubakar Atiku. In 2007, it was Odili and Ibori, in 2011 it was Ribadu in front and in 2015, President Jonathan started the race. In 2019, we all cannot forget quickly how Governor Fayose launched his campaign, What do they have in common? They were all unserious loses. 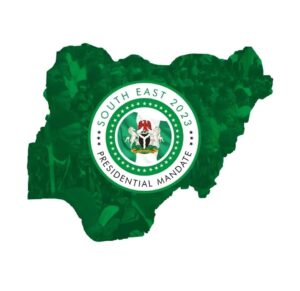 We have not said that Politicians who had declared interest to Run are not Qualified but the Country is in dare need of a Consensus Candidate who will Douse all Tensions in Nigeria and the criteria’s are on Zoning, Age and general Acceptability.

We are calling on the Apex Leadership of OHANEZE INDIGBO WORLDWIDE been the Umbrella body and Spokes Giant of the Entire IGBO Race to begin a unifying action ahead to produce a Candidate from SouthEast in the Two Major Political Parties to Represent the Zone.

We take this opportunity to sound a note of warning to all Political Parties in Nigeria not to field any Candidate that is not from the SouthEast, any attempt to do so, we declare Such PARTY as Enemy of the State and all the SouthEasterner’s will boycott the said Party.

In conclusion, we thank all Nigerian’s for the Patience we all collectively have beard throughout the trying times in our Nation and as we await the 2023 General Elections, May God Provide us with leaders who are God fearing, with good heart to lead us out of the Present Economic Woes and inturn bring us back truly as Giants of Africa