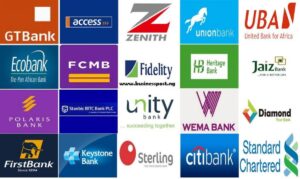 The Senate has mandated its Committee on Banking, Insurance and Other Financial Institutions to cause an investigation into illicit and excessive bank charges by Commercial banks operating in the country.

This was even as the upper chamber urged the Central Bank of Nigeria to look into the complaints of Nigerians in this regard with a view to reviewing downward all charges on their bank accounts.

The resolutions were reached sequel to the consideration of a motion sponsored by Senator Patrick Abba Moro (PDP – Benue South).

The lawmaker in his presentation, noted the Senate became concerned following several complaints from Nigerians over illicit and excessive charges by Nigerian Commercial Banks on customers’ accounts.

He added that, “these charges being deducted from customers’ accounts by Banks have caused uproar within the public as Nigerians have expressed their dissatisfaction and displeasure over such excessive deductions which they feel are fraudulent and targeted at further impoverishing Nigerians.”

He recalled that in April 2017, the Central Bank of Nigeria revised the card maintenance charges in the new guide released from N100 annually to N50 monthly.

“According to the Nigeria Inter Bank Settlement System (NIESS), the Central data base for banking transactions in the country showed that as at September 30, 2016, there were 29.4 million active cards being used by the 63 million active bank customers.

“Thus, Bank Customers in Nigeria will pay not less than N1.462 billion to Banks as card maintenance charges every month, totaling about N17.544 billion in a year,” the lawmaker said.

He added that, “questions are being asked by Nigerians as to what the money being deducted for the charges is for as countries overseas do not charge their customers in like manner.

“Nigerian banks in a bid to further extort customers have set most of their ATM machines to dispense cash below the maximum sum of N40,000 that ATMs are programmed to dispense per transaction.

“This customers using the Automated Teller Machines (ATM) do not have a choice than to withdraw much lesser amounts per transactions thereby incurring additional cost of N65 Naira per transaction after using another Bank’s ATM machines beyond three times.”

The Senate also on Wednesday urged the Federal Government to assist the immediate evacuation and resettlement of affected citizen from the flood prone and ravaged areas to temporary displaced persons camp.

This was just as it urged Government to dredge the Rovers Niger and Benue to reduce flooding  and facilitate navigation of the rivers.

It also urged the Federal Ministry of Water Resources to undertake as a matter of urgency, a hydrological study of the levels of siltation of Nigerian dams and water ways with a view to effecting remedial interventions.

These formed part of resolutions reached after consideration of a motion sponsored by Senator Abdullahi Sankara (APC – Jigawa North West).

According to the lawmaker, “the flood and persistent heavy downpour witnessed over this rainy season has resulted in the tragic loss of lives, livestock, collapsed houses, displaced residents and washed away farmland across the country.”

Meanwhile, a total of three bills scaled Second Reading on the floor during plenary on Wednesday.

The bills include: A Bill for an Act to establish the National Border Studies, Imeko, Ogun State, to provide for teaching, research, instruction and training of students in border management.

Also considered was a Bill for an Act to repeal the Nigerian Meteorological Agency Act, 2003, sponsored by Senator Yahaya Abdullahi (APC – Kebbi North).

The piece of legislation seeks the enactment of the Nigerian Meteorological Agency and the regulation of Meteorology in Nigeria.

A bill to amend the Federal University, Oye-Ekiti, Act 2015, also scaled Second Reading on the floor.

Sponsored by Senator Opeyemi Bamidele (APC – Ekiti Central), it seeks to make provision for a change of name to Adeyinka Adebayo University, Oye-Ekiti.