Oba Abdulrasheed Adewale Akanbi, The Oluwo of Iwo, a traditional Kingdom based on the city of Iwo in Osun State, Nigeria, which was established in the 14th century AD has charged the Nigerian government to apply death penalty for drug dealers, ritualists and terrorists to halt and reduced the insecurity the country is facing. 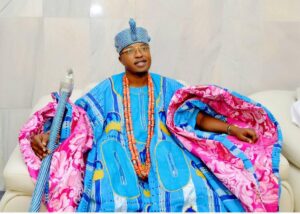 The Oluwo who is the Paramount monarch made this presentation and call in a press statement made available through his official Palace protocol.

The Oluwo of Iwo said, “Buhari should decree capital punishment for culpable terrorists, bandits and drug dealers to address incessant killings of innocent Nigerians. feared Nigeria might explode should the security challenge in the nation not addressed, suggesting capital punishment be enforced on perpetrators of drug dealing and terrorism,” the statement shares.

He stated having the government to enforcement will guide as well serve as a tool to discourage other people believing crimes pays.

In addition advised the Nigerian government to take strict action against the major crimes and revisiting their 1984 War Against Indiscipline (WAI) with Tunde Idiagbon during the military regime of that era.

“The WAI program began in March 1984 and was in effect until September 1985. He noted that WAI enforcement prompted a corrupt-free society devoid of security threats. 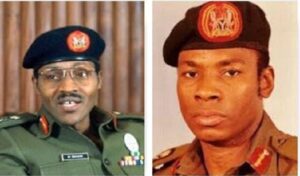 “The use of hard drugs by bandits has made them merciless, hard drugs peddling should be condemnable with a capital penalty. Nigeria is becoming an import of hard drugs because the government failed to sustain the punishment of killing drug dealers has done in 1984 by the Buhari-Idiagbon government.”

“Insecurity in Nigeria is becoming too alarming. I read of gory attacks by terrorists in Zamfara State. It was pathetic and horribly terrible. The failure to decree capital punishment such as the killing of perpetrators is one of the unabated attacks. 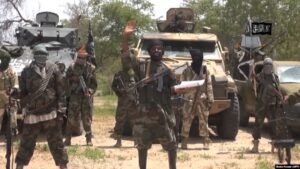 The Oba continued, “One other factor is the lack of effective control and light punishment for drug dealers. Most perpetrators are barefaced and merciless due to hard drugs intake. Once most of them take hard drugs, they lose control of their mental operation and kill mercilessly. The government should move forward to control and effect capital punishment for hard drug dealers. It is one of the remotes solutions. 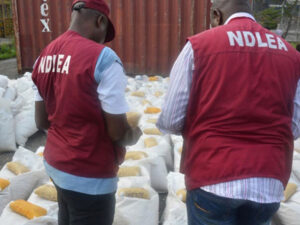 “Nigeria is in a coma with drug dealers, ritualists, terrorists and worst of it are kidnappers. North is terrorism while South is full of ritual killers with the blood of our children flooding the streets. There is no single day passing without bad news centring on those indecent acts.

“In 1984 under the military administration of Tunde Idiagbon and General Muhammed Buhari, the law and enforcement of capital punishment against hard drug dealers were effective. WAI was working, very efficient. President Muhammed Buhari should revisit those days and bring back such enforcement. Doing so will decimate terrorism and discourage perpetrators.

“Every passing stage of a nation always presents a new experience. At this stage, we need a strict measures to combat indecency and maladjustment. Many developed nations have passed through the stage but with very disciplined law enforcement. If any bandit kills, he should be killed too. Merciless people deserves merciless treatment.

“The government is tasked to be more responsible in providing more basic amenities capable of improving people’s standard of living. The failure of past leaders has pushed us here. We must rescue surviving generations for us not to be tagged a failure. May Nigeria succeed.

“Nigeria might explode should the security challenge in the nation not addressed, suggesting capital punishment be enforced on perpetrators of drug dealing and terrorism.” He concluded.